An exotic jungle, a supermodel, and an all-action hero! Is this the stuff dreams are made of?

Surviving a plane crash, Eleanor Courtney-Vance climbs dazed and bloodied from the wreckage. A life of catwalks and photo shoots has not prepared her for an exhausting trek through the jungle, but all-action hero Abraham Savage gives her no quarter and relentlessly pushes her on. Hating him one moment and loving him the next, Eleanor is confused as to her feelings for her rescuer, but nights spent in Abraham’s arms convince her that it’s not just lust she feels, but deep, abiding love. But, what of Abraham—is she really just an itch he needed to scratch?

Eleanor Courtney-Vance crawled dazedly from the wreckage that was once a small twelve-seater aircraft. Her shoulder hurt, and every muscle in her body screamed with pain. Pushing the hair from her face, she leant back against the trunk of a tree and, through tears of shock and pain, gazed around her at the debris. What had happened? One minute she’d been enjoying a creamy cup of coffee and the next…

The world around her grew hazy, and she closed her eyes against the pain in her head. Slipping slightly into unconsciousness, her mind went back to those last few terrible moments. She recalled the stewardess, the smell of coffee, and the gentle buzz of conversation…

Gently placing a tray of coffee on the table next to her, the stewardess offered a pillow and smilingly indicated the pile of magazines. With a murmured word of thanks, Eleanor gave a slight nod of dismissal before pouring herself a cup of the rich, aromatic brew. Only three other passengers were aboard, an official-looking businessman engrossed in his laptop and a couple obviously in love as they gazed deeply into each other’s eyes. Staring at them enviously, she wished for a time when she could find “that special someone.” Lifting her cup, she took a reviving sip. It had been a manic few weeks, a fashion show in London followed by a magazine interview and now, a bikini shoot at the Amazon capital, Manaus, a place she knew little about except for what she had read and that was little enough. She had for once been interested enough to look it up and had discovered that it was a sprawling city located on the north bank of the Rio Negro, that it had many ports and was as cosmopolitan as the most modern of European cities she had visited. She was looking forward to seeing the sights, never having been to Brazil or the rain forest before, so when the job was done, she was going to take a few days respite, basking in the sun, for once, not watching her figure and indulging in her favourite dessert, delicious chocolate ice cream.

Flicking open her powder compact, she examined her face. God she was tired, only twenty-three, yet she felt fifty-three. She peered deeper, convinced that there were yet more lines fanning out from the corner of her eyes. She didn’t have many more years doing the job she did. Who wanted an old and sagging model parading around in skimpy underwear so fine that it didn’t leave much to the imagination?

Snapping the compact closed, she sighed. Just a few more jobs and then she’d have enough money to keep her sick brother to the end of his days, no more stripping off for the camera and no more selling herself to the highest bidder. Picking up a magazine, she glanced desultorily through the pages, stopping when a picture of herself caught her eye. Examining it closely, she was not especially pleased at what she saw. Pouting prettily at the camera, a suggestive look in her eyes, she was the epitome of sensuality. Her hair was a golden halo about her head thanks to the aid of a large fan, and her lips were a flash of colour against the creamy, pure skin of her face. The underwear she was modelling was designer and was almost translucent. The bra cut so low her breasts spilled out the top of it and so transparent the darker shadowing of her nipples enticed the reader. The briefs—she momentarily closed her eyes—well, she might as well have not been wearing any. They were so completely see-through it was a good thing she’d had a wax treatment the day before the shoot. Tossing the magazine aside in disgust, she picked up another hoping to distract her thoughts but, she sighed deeply and wearily closed her eyes, the glossy gliding idly from her fingers to the floor.

Moments later, a plane-rocking bang shook the aircraft, and in a rush of heat, flames surged from the toilet area behind her. Her eyes snapped open. She jolted violently forward. Hitting her head on the seat in front left her dazed and bloody, her teeth biting involuntarily into her full lower lip. A cacophony of sound followed, stinging her ears, the crackling of fire, screaming, shouting, and the jarring grind of twisting metal. Frightened and disorientated, she glanced out of the window expecting to see violent arrows of lightning, but instead, the sky was serene, clear, and blue. The plane dropped suddenly, and with her eyes feeling as big as saucers, she took in the scene unfolding before her. The trees, looking like grotesque contortions of wood, battered the windows, causing her to flinch. Flocks of birds rose noisily into the air, the bright colours of their wings blurring into one, and then, the sudden merging of the blue sky into the dense green of the canopy. Terrifyingly, the narrow crack across the wing began to expand, and above the commotion going on inside the cabin, she could hear her own heavy, thudding heartbeat mingling with the loud noise of metal tearing as the wing was ripped away and fell rapidly toward the ground.

Eleanor, undecided, laid quietly, her mind racing and her heart thumping. Should she? Shouldn’t she…

Then, surrendering to her baser instincts, she made a monumental decision and, rolling over to face Abraham, placed a soft, caressing hand on his chest.

Hesitating, she then, throwing caution to the wind, moved her hands sensuously across his shoulders, along his throat, and to the buttons of his already partially opened shirt.

His hand, as her fingers tremulously began opening the buttons, halted hers.

“Enough, woman, you don’t know what you’re asking for.”

“Really, I do!” she whispered, moving closer, her leg entwining with his hard muscular one.

Pulling her hand free of his, she let her fingers glide down his chest, on to his stomach to rest on the buckle of the belt that hung low on his hips. Falteringly, she looked deeply into his eyes before with shaking fingers she began undoing the buckle.

“Abraham,” she whispered back, reaching up and planting a soft, light-as-air butterfly kiss on his firm lips.

Stifling another groan, Abraham cupped the back of her head and deepened the kiss, his mobile mouth caressing her lips. Opening her mouth, she allowed the kiss to deepen, and as his tongue entwined with hers, they began the mating dance.

Rolling her onto her back, Abraham unbuttoned her blouse and the front fastening of her bra. Eleanor’s breasts sprang free, bouncing into his waiting hands, caressing and kneading their round softness. Abraham’s head bent, and he licked the satiny areola, drawing her nipple deep into his mouth. His gentle suckling caused tingles of pleasure to invade her womb and fiery liquid to pool between her thighs, wetting her minuscule panties.

Her head thrashed from side to side, and Eleanor growled low in her throat, begging him to take her.

“Ask for it,” he demanded, stilling.

“You must ask for what you want, Eleanor.”

She stared into his hard eyes. Pouting prettily in annoyance, she considered telling him where to get off, but, as she squirmed against him, she desperately wanted his cock inside her.

“Fuck me!” she demanded. “Fuck me hard dammit.”

Pulling down her trousers, Abraham ripped apart her panties, freeing her to his gaze and ministrations.

Gasping at the savagery of his actions, a wild abandonment took over her, and she willingly kicked free of her slacks and, opening her legs, urged him to look his fill at the flower-like, soft, velvety lips as they opened in eager anticipation of his penetration.

Savagely moving down her body, he bent his head, and his mouth closed over her already-swelling clitoris. Lifting her legs over his shoulders, his hands hard on her thighs, he raised her cleanly waxed pussy to his mouth, sucking and licking. His tongue danced around her vagina, tasting the sweet flavour of her and taking her to the heights.

Crying out as passion mounted, she crossed her ankles around his neck and, grabbing at his hair, pressed him further against her, wanting him to devour her clitoris, wanting him to take it deeper into his mouth and drive her to the very edge.

Lifting her bottom, he cupped her peachy cheeks, and her legs fell wider apart, inviting, alluring. Working his tongue, he thrust it into her opening, his teeth grazing her clitoris. He laved her entrance, his saliva mingling with her juices, wetting her thighs and trickling into the crease of her bottom. Eleanor’s thighs jerked, and her hips lifted as an orgasm swelled, rising and undulating, until she exploded on a climax so powerful, so intense she could feel herself losing touch with reality.

An explosive cry fell from her lips. Her breath became fast and short in her chest, and with her hands clawing at his shoulders, she slowly came back to earth. Her thighs now relaxed on his shoulders, Abraham eased her back to the ground. Bending her knees, he spread her wide, and he thrust his cock deeply into her, penetrating her core. Groaning, Eleanor caught her breath. This was what she wanted. It was—ecstasy. Having him filling and stretching her made her feel helpless. She was Eve to his Adam, Delilah to his Samson, Juliet to his Romeo. Plunging deeply, his cock a powerful instrument that tormented and pleasured at the same time, he ground into her, his hips like pistons as they worked his cock.

Enclosing his hips with her long legs, she urged him on, small mewing cries at the back of her throat inciting and seductively urging him to mate. Kissing her deeply, he caressed her breasts with his hands then as his lips left hers to work their way along her neck, throat, and shoulders until they reached her hard, puckered nipples. Closing his mouth hungrily over a peak, his teeth grazed its softness, and he began suckling hard, the action mirroring the urgent thrusting of his hips.

The air became thick with the guttural sounds of pleasure and the musky smell of sex. With the sweat dewing on their hot, heaving bodies, he began slowing the pace. As he pulled his cock almost out of her constraining internal muscles, their eyes met, hers misted with the drugging pleasure of sex, and he felt a burning animal need. Powerfully he thrust back into her willing body, her nails grazed his back marking the flesh, and reaching down she dug her fingers into his hard buttocks, crying out for him to make her come. Egged on by her impassioned pleas, he surged into her, his engorged cock stretching her to the utmost. The tip of his cock grazed her G-spot, and she screamed. 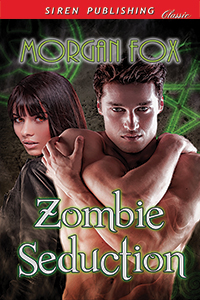 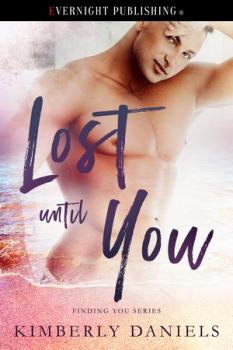