Former cop Vic Fallon only wanted to get home to Sandusky, Ohio in time for Christmas after completing his latest private eye assignment. A chance meeting in the Atlanta airport with a U. S. Senator from his hometown thrusts Vic into a murder investigation when the man turns up dead shortly after they speak. The unwanted case produces more questions than answers. Why did the Senator ask Vic to deliver a Christmas card for him rather than mailing it himself, and why does the recipient react with hostility when she finds out who it’s from? Why is the FBI looking at Vic up close and personal when he wasn’t involved in the killing? And why does a police detective from Atlanta show up in Sandusky, asking questions that have little to do with the murder investigation? Vic’s life becomes more complicated when the woman he delivered the card to is arrested after an accidental shooting, and he feels a responsibility to prove her innocence. Add the strain that the case places on Vic’s current romantic relationship, and it results in the holiday from Hell. Can Vic solve the multi-pronged mystery he’s found himself in the middle of and repair the damage to his love life? Or will the other woman cause a permanent rift? 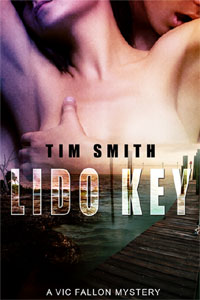 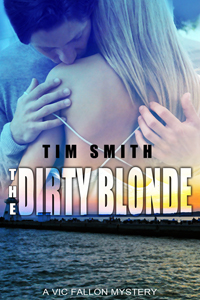 Vic Fallon sat slumped in an uncomfortable seat in the Atlanta airport, feeling dazed and at his wits’ end. Three connecting flights when he was supposed to have just one to take him from San Francisco to Cleveland, endless delays thanks to a winter wallop that had blanketed the Midwest with snow, and a herd of rude passengers all trying to get somewhere for Christmas had left him feeling like the personification of the Grinch.

He lowered his head, closed his eyes and took a deep calming breath. Should’ve been home hours ago. Why did I agree to take an out-of-town job the week before Christmas? I know the insurance agency wanted to close the case of the hot loot before year’s end, and I understand the importance of tracking down bogus claims. And yeah, I get that I’m in for a fat piece of the finder’s fee beyond my retainer. What I don’t understand is when I decided to stop saying no.

Vic stood, stretched, then plodded across the concourse, nearly getting knocked over by a family hustling to catch their flight. He jumped out of the way to avoid a crash with an oversized carry-on bag on wheels being pulled by a woman with the look of someone hell-bent on getting the last gadget that was on sale at the department store. He looked at the man who was probably her husband, dragging an uncooperative kid behind him in an effort to keep up. Poor bastard. Now I know why I don’t like to travel over the holidays.

Vic stood in line at a coffee bar, his patience getting tested the longer he had to wait. In the half-dozen years since he’d been wounded in the line of duty and taken a disability-induced early retirement from the Sandusky, Ohio Police Department, he’d accepted these occasional investigating jobs when he was bored, intrigued or needed the money. Ten years working as a detective actually came in handy, and it’s given me the chance to travel and meet some interesting people. He grinned. Take this trip. Getting to spend a few days in a warmer climate than I left in northeast Ohio was nice, but meeting that attractive woman who was in town on business was even nicer. What was her name again?

He got his coffee, then kept walking, his carry-on slung over his shoulder. He stopped to look at the window displays featuring last minute gifts for those who’d forgotten to grab something for Aunt Marge in Biloxi or Cousin Harry in Houston. He glanced at the screen mounted overhead, checking the status of his flight home. He stifled a yawn. This time change is murder. Hope I can catch a little sleep on this flight.

He found his mind drifting to thoughts of home. Be it ever so humble. I never miss Sandusky until I have to leave for a few days. He took out his cell phone and checked his messages. He smiled when he saw a text from Michelle Banks, the woman who had been occupying his leisure time for the past few months. He opened the text and silently read When are you getting in? I’ve missed you!

He typed a quick reply. Back at you. Should be there in a few hours unless there’s another delay. Will call when I’m home.

He sent the message, then pocketed the phone. A smile overtook his face as he thought of Michelle. Cute, blondish thirty-something, with a killer figure courtesy of regular aerobics classes and a wit that usually managed to catch Vic completely off guard. Throw in that she was an up-and-comer in the county Prosecutor’s Office and you had the complete package. Never dated a lawyer before, much less kissed one. At least not on the lips. Doesn’t hurt to have one on speed dial in case I need some free legal advice. Plus, she’s a fun date. Kind of makes me wish I’d stayed home.

He continued his walk, but at this point it was more for the purpose of staying awake than anything else. I’ve seen newsreel footage of old-time dance marathons, where people had to stay on their feet and keep moving in order to collect the prize. Now I know how they felt.

He stopped as he passed one of the departure gates and peered at a middle-aged man sitting in one of the seats, doing something with his cell phone. He was thin, with closely trimmed brown hair, wearing casual clothes and a blue parka. What do you know—Charlie Hendricks, the former County Prosecutor-turned-United States Senator. I testified in a lot of cases he tried when I was still on the job. Damn good prosecutor. He got a lot of bad guys off the streets.

Vic casually approached Hendricks as he sealed an envelope that looked to be the size of a greeting card. Hendricks looked up and his face took on an instant automatic smile of recognition. He stood and offered his hand.

“I know you,” he said in his best politico manner. “You’re from my home district. You used to be a cop. Right?”

“Call me Charlie. I was visiting my daughter in Birmingham. Just heading home.”

Vic looked at the departure gate destination. “But you’re at the boarding gate for Washington. The one for Cleveland is on down the row.”

Hendricks smiled slightly. “I should have said my second home. I have a committee meeting tomorrow. I’ll be staying at my condo in Georgetown over the holidays.”

“A meeting during the holiday recess? Must be important.”

“A legislator’s work is never done.” He paused to glance around the immediate area then moved a step closer. “Are you going to Sandusky?”

Hendricks lowered his voice a notch. “Would you do me a small favor?”

A Family for Christmas
Liza Kay
In Shelf
$1.99
Tweets by
sirenbookstrand