Come With Me (MF)

Lainey is one of the few who survived the virus that ravaged the human population. In order to remain safe, she stays away from people, preferring to live on her own. Not trusting anyone. Until one night she’s attacked and rescued by a stranger who insists that there’s still good in the world.

Nolan has a fantastical story of a new civilization in Canada, and urges her to go with him. Lainey doesn’t know if she believes him or not, but the unknown is enough to scare her away. Yet day after day he slowly breaks down her walls, opening her up to the possibility that she might be strong enough to take a chance not only on him, but herself as well.

Come With Me (MF) 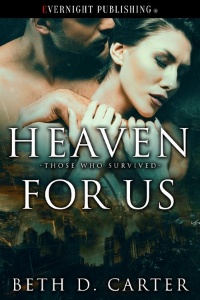 “What we’re discussing, Lainey, is what the hell holds you here? I know what you want to do, but I don’t think that fence is going to give you the peace of mind you think it will because you’ll still be alone.”

“I’ve been alone my whole life!” She threw her hands in the air. “I can survive perfectly well without anyone else.”

“But you don’t have to,” he said softly. “Humans weren’t made as solitary creatures. We all crave company and comfort. Why else did you trust a stranger enough to bring me into your personal space?”

That brought her up short. “I…I didn’t. I mean I didn’t do that because I was lonely. I did that because you saved me. Because you agreed to help me.”

He leaned closer to her. “You asked what if this is our sanctuary. Ours. Which makes me think that, down deep, you do want a partner. You want to use the pronoun we properly.”

“I don’t…no, that was a slip of the tongue. I wouldn’t even know how to be a we.” She pointed between them. “It’s why I like books so much. They don’t ever let me down.”

She put her hands on her hips. “Why are you bringing this up?”

He hesitated for a moment. “Because maybe I’m tired of being alone myself.”

The admission shocked her. “You don’t seem like type of man to wax poetic.”

“I’m just being honest,” he said softly. “Nothing poetic about it. I traveled from Arizona to San Diego, and I saw the dead. Hundreds, maybe thousands of people whose lives were snuffed out instantly. The whole of their existence boiled down to where they were when the virus took hold, and I realized all the external bullshit people put themselves through meant absolutely nothing in the grand scheme of things. Unlike those other poor bastards out there, I got a second chance.”

“A wake-up call,” she murmured.

He nodded. “Yeah, you could say that. I don’t want to waste it, either.”

“So anyone will do?” she asked bitterly. “I just happened to be the first woman you found?”

Nolan stared at her for a moment before leaning closer, bringing his face so close she could feel his warm breath. Butterflies immediately erupted in her belly, sending shivers up her back and causing her breath to speed up. He gently wrapped a hand around the back of her neck, and their eyes locked.

“You are beautiful, resourceful, brave, and you turn me on,” he said. “Not just anyone. You, Lainey.” 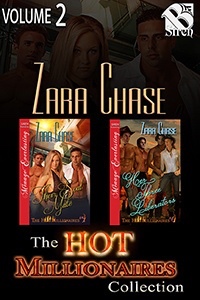