The moment he’d received the e-mail from Tyler Robbins of Gay Travel Inc., he’d known this would be his one opportunity to easily make the transfer to his mother’s homeland where he could finally follow his sexual preference. Much as he loved China, and he’d been happy here, the idea of living in a land where he could openly follow his sexual desires was incredibly appealing. However, to do that he would need not just an American mother, but also a hope of employment. Eric knew if he could demonstrate to Tyler how good a travel agent he was, then his ability to speak Mandarin as fluently as English would bring genuine benefit to the company and, he hoped, win him a job.

He was determined to do his utmost to show Mr. Marsh the splendors of Beijing and had spent the time between receiving Mr. Robbins’s e-mail and Mr. Marsh’s arrival studying every possible venue Mr. Marsh might wish to visit.

He wanted to talk to his client to learn the places he most wished to visit, but right now Mr. Marsh was busy watching out the window and taking pictures so it wasn’t an appropriate time to distract him. When the train was about to arrive at Dongcheng, Eric cleared his throat and said, “Mr. Marsh, you will need to follow me please. Here we change lines. We must catch the Xicheng line now.”

Eric took charge of his client’s suitcase and led the way. Unfortunately the Xicheng line was the second oldest line, older than him, and not as beautiful as the airport line, but it looped around the heart of the city and took people everywhere they needed to go.

Providentially, Mr. Marsh was still busy looking around himself at everything and not condemnatory although likely he was tired after his long flight. Eric made a mental note not to tire him out too much.

It was only a few blocks from the station to the hotel, but they’d only gone a few paces on the street, when his client said, “Wait up a minute.”

Obediently Eric stopped and looked at Mr. Marsh, who removed his jacket, tied it to his backpack, and then said, “Is it always this hot here?”

It didn’t seem hot to Eric, but he answered cautiously. “July is summer in Beijing. If you wish, a T-shirt and shorts are permissible attire in most places. If you tell me your itinerary and the sites you most want to visit, we can leave anywhere that requires the covering of the skin until a cooler day.”

They began walking again, and his guest appeared relieved when they entered the hotel, which was, of course, air conditioned. Eric waved to the chairs in the foyer area. “I will wait here while you check in and then perhaps you can tell me what you would like me to arrange for tomorrow.”

Eric checked his cell phone. The top temperature for today had been ninety, which was about average for July, and the humidity was eighty, which was just a fraction higher than normal. He would need to remember his client found that combination hot before planning a day to the Great Wall. The problem was that for the best pictures, the tour of the Great Wall needed to be on a day with no fog. Everyone knew that air pollution in Beijing could be a problem, but no one ever called it anything other than fog in public.

He scrolled through the forecast for the next few days. Today was Tuesday. Friday was predicted to be a low of sixty-eight and a top of eighty-eight with forty percent humidity. That would be suitable.

Already Eric found himself automatically converting the temperatures on his cell phone from Celsius to Fahrenheit so he could provide them in an understandable format for the American. He also reminded himself to bring mosquito repellant. The rain brought out biting insects and that would not be good for tourism.

Mr. Marsh returned just then and said, “Come up to my room. We can get a cold drink and talk there.”

At once Eric was embarrassed that he hadn’t thought to provide cold water or hot tea for his guest. That was a bad mistake and one he wouldn’t repeat tomorrow. He followed his client into the elevator and up to the sixth floor and smiled as Mr. Marsh opened the door to Room 606. “This is a good room. Good for business,” he said.

His client didn’t appear to be listening. He walked across to the air conditioner and turned it onto high speed then lowered the temperature setting several degrees. Eric waited just inside the door.

“Can you please ask room service to deliver a couple of ice-cold beers? Plus whatever you’d like. And a snack for us both. Whatever is usual for an evening snack. Tell them to add it to my room account. Then we can plan tomorrow as you asked.”

“No. I’d rather have whatever the locals are having. To get a feel for the culture here.”

Eric did as he said and then waited once again.

His client had pulled off his shirt, removed his shoes and socks, and was standing in front of the air conditioning unit, clearly trying to cool down. His abs and pecs were well defined, his chest a solid wall of muscle. Across his right side was a swirling tattoo of vine leaves and tribal markings surrounding a dagger, and on his left shoulder was a map of the world with parts of it colored blue, red, and green.

When the doorbell rang, Eric looked at Mr. Marsh, unsure if he should answer, but the American stepped forward as the waiter wheeled the food cart in and placed the tray on the small table. Mr. Marsh signed the account, thanked the waiter, and closed the door. “Thank God. Let’s eat. And talk.”

Then Eric’s jaw dropped open in surprise as his client unzipped his jeans and stepped out of them, revealing tight blue boxer briefs. Wearing nothing but his underwear, he sat at the table and waved at Eric to join him.

“Come and let me make love to you,” said Ray.

“Why not?” Ray stretched out his hand and took Eric’s, pulling him into the shower stall and closing the door. He gently backed Eric against the tiled wall, where the water splashed over him, and began rubbing shower gel into his shoulders, and then his chest.

Eric stayed where he’d been placed, his legs spread and his back pressed against the cool tiles. Ray’s hands were firm and demanding but not at all rough. Ray knew what he was doing, though, spreading the foamy, pine-scented gel over Eric’s body, arousing every nerve ending as his fingers touched each one. By the time he reached Eric’s hips, his cock was huge and hard, begging to be touched, but Ray ignored it, choosing to rub foam over Eric’s thighs instead.

And wasn’t that torture? To have Ray’s fingers so very close to where Eric needed them but without actually touching the one part of him that so desperately demanded attention.

“You’re teasing me,” he said between panting breaths.

Instead of that, maybe he ought to think about teasing Ray. Decide how to make Ray suffer as he was suffering. Eric glanced down. Ray’s cock was long and thick so touching Eric was exciting Ray, but Eric was certain he could make Ray’s cock longer, harder, and more impressive than it was already.

It took effort to force his hands off the wall, where they were pressing against the tiles trying to relieve some of his intense need, and to reach for the shower gel. Eric poured a dab into his palm and then rubbed the gel up Ray’s side, over the tribal tattoo and across the inked dagger. He made a point of tracing the lines of Ray’s washboard abs and rubbing the indented vee at his hips. Damn, the man was perfectly built, the ideal figure of a strong and mighty warrior, a man worthy of the attention of the highest in the land, not of a humble travel agent.

As he collected a second palmful of shower gel, Eric stared at Ray’s cock. Yes, it was definitely thicker than before. Changing up the pace, he took Ray’s cock in his fist, smoothing the foam up and down Ray’s long shaft, massaging it into his balls and through the brown cock curls. Under the water they looked plain brown, but Eric was certain that when he’d seen them yesterday they had red highlights among them. Apparently the red faded to brown under water. That was something new he’d learned about his lover today.

Soon he was able to put Ray’s teasing of his own body to the back of his mind while he concentrated on driving Ray’s need higher and higher by massaging his cock, stroking pine-scented gel over his inner thighs and generally petting and stroking every inch of sensitive flesh he could easily reach.

“Ah God you’re killing me here. Finish me off for fuck’s sake,” Ray begged him.

It was strange to hear his teacher in all matters sexual imploring him for completion, but Eric had no hesitation in washing the soap off Ray’s body, dropping to his knees, and sucking Ray’s cock right into his mouth.

Eric stood up and kissed Ray. It was the first time he’d ever initiated a kiss, but their kisses the previous night had been so drugging and all-consuming he wanted to see if they’d be as powerful today. They were. Maybe even more so.

Eric absolutely intended to pay attention and learn how an expert sucked cock, but in ten seconds or less his brain was completely fried with intense lust, his eyes were shut tightly, and he had to pull his knees up tight because they were wobbling with need. Once again his palms were pressed against the shower wall, but this time it was to help keep himself upright rather than to help him behave appropriately.

Ray used both hands on him together, which was enough to make Eric into one large firecracker about to explode everywhere. Ray had a soapy finger twisting and turning inside his ass, a hand wrapped around his cock, and a thumb rolling his foreskin up and down. It was too much sensation all at once.

“I’m not going to last if you keep that up,” he muttered.

“That’s the whole idea. This is just for starters. Then we’ll move onto the real thing.”

Eric’s head almost exploded. They were having orgasms here in the shower and still going to fuck in the bed? Wow!

Eric wasn’t even sure he’d be able to walk into the bedroom, far less fuck, but his honor demanded he try. 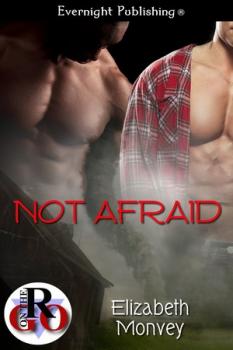 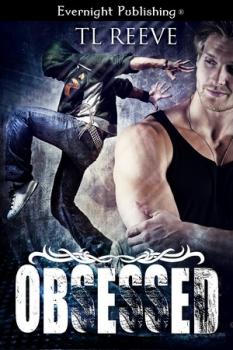 An Alpha of a Risk (MM)
Marcy Jacks
In Shelf
$4.50
Tweets by
sirenbookstrand