Heat Rating: Sensual
Word Count: 21,384
0 Ratings (0.0)
Fantasy Futuristic
[BookStrand Futuristic Fantasy Romance, HEA]
Winter is coming and Pandora is not looking forward to another harsh season of barely scraping by. She knows she must marry in order for her family to survive the harsh life they are forced to live. Though she has her pick of suitors, none have inspired her interest. She wants a new life, one with equal footing and a partner instead of a domineering husband.
Kota is tired of meeting women. He knows he must be married in order to strengthen his clan, but he still is looking for the perfect one. Timber Creek Clan needs a clanswoman that is strong, not afraid to speak her mind.
When Kota meets Pandora he knows there is more to her than just her quiet demeanor. Beneath her docile voice burns a fire that he is dying to see. He knows she is the perfect wife for him, though he isn’t sure they can see past their different lives to build a future.
A BookStrand Mainstream Romance

More From The Forgotten Time 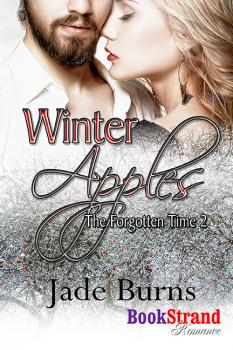 Her suitor opened the door and pulled a thick blanket from under the front seat like magic, smiling as he saw her watching him. He walked the blanket back to her brothers and sister in the back, before reappearing in the driver’s door. “There’s a blanket under your seat, DeShaun, if you’ll pull it out and hand it to the little ones in the back, I’m sure they’d appreciate it.”

Pandora smiled as he hopped in and started the truck, curious as to what lay on the other side of the tree line she had stared at most of her life. The sun was setting, giving her that beautiful view she had come to cherish during all her moments outside the wall. Her mother had wrapped the blankets around the twins, but enough of it was left over to set on her legs. She started entertaining her brothers quietly with hand games, not sure how long the trip would be.

“Can I ask a question?” Pandora whispered quietly to her mother, making sure to keep her voice low enough to not be overheard by anyone else. Her mom gave her a nod, although women were not supposed to ask questions. Her father never minded, but it was the way of the world.

“Can you tell us of Timber Creek?” Pandora asked, making sure to keep her voice quiet enough to not irritate her suitor.

He smiled gently. “Sure. Timber Creek Clan is about three hours’ drive south of North Colony. We have around a hundred and fifty members, mostly men. Our lands cover the northernmost area of the Ozark Mountain Range, but we have Roamers that live and move throughout the entirety of the Range itself and some that live adjacent to the range.”

Pandora wondered how big their lands were. It sounded like they must be huge to include a whole mountain range. She wondered what types of food they ate, or what they could grow, but didn’t want to ask. Her father was being patient enough letting her ask such a broad question, but how much her suitor, Kota, told her was his choice.

“We raise a variety of animals, mostly cattle, pigs, and chickens. But we are well known for our honey, also. We also breed cats and dogs, but those we don’t trade with. We also have quite a few rivers and streams that cut through our lands, which we fish from. Beyond that, we do hunt deer.” Her mother gave her a side look that said she was impressed. So was Pandora. Meat was something that was considered a luxury.

“That sounds wonderful,” Pandora said aloud, mostly to herself.

“It is. We grow a variety of vegetables. Our main crops are corn, wheat, beans, tomatoes, peppers, cucumbers, carrots, watermelons, pumpkins, and squash. The main crops that we trade with are corn and wheat, which is mostly grown on the northern side of our lands with our cattle where the land runs flat. Tomatoes and peppers are a close second, which we jar and trade with,” Kota answered. Pandora smiled again. He had actually heard her comment and spoke to her like a person rather than an object.

“I’ve never had tomatoes or peppers,” her father said, though to whose benefit she wasn’t sure.

“Tomatoes are juicy like a fruit. We grow a few different types, for different things. Mostly, we grow what we call beefs because they are huge and work well for sauce. But we also grow small cherry tomatoes for snacking and what not. Peppers are spicy, and an all-time favorite among traders.”

Her father nodded as if that made sense to him, which it probably did. Trades were the concern of men, and rarely did women ever trade anything. Even if it was something a woman had made such as a quilt or soap. The woman would then hand the items over to a male relative who would then sell it. Pandora almost sighed. It didn’t seem fair.

“On the upper parts of the ranges where temps are a little cooler, we tend to grow flax and sweet potatoes. But in the southern portion of the mountain ranges we have a few families that grow cotton,” Kota continued on. Pandora was heavily impressed. Most men would have given her a simple answer and then not spoken to her again. This is how all of her suitors had treated her so far. Robbie had even gone as far as to direct questions directly to her father, rather than speaking with her. He had considered it beneath him.

“It sounds lovely,” Pandora said with a smile though her younger brothers chose that moment to grow extremely tired of what they considered a boring conversation. She sighed and settled herself into singing the ABC’s in a hushed whisper.