Eli Terrence, a were-cat, has been on the run for two years. While in hiding at a cat shelter, he meets Mason Hallond, a were-tiger hired to catch him and deliver him to the enemy. He can’t help but develop an attraction toward Mason.

Mason refuses to go through with the deal with the knowledge of Eli’s situation. Instead, he takes Eli in and their spark flares from the very beginning. Mason doesn’t regret helping Eli and inserting himself into his kitten’s life, even if it means his own life being in danger and losing everything.

The quest to find the perpetrator and bring them to justice is put into motion. Will Mason, Eli, and company be successful in their mission? Will Eli and Mason finally be able to spend time together without danger lurking at every corner?

He lowered the carrier before the cat’s paw came swinging at him through the steel door. “I’ll be in touch. Thank you,” he said. She handed him the cat’s documents and offered him a big smile. With a short wave of his hand, he made his way out of the cat shelter, opened the glass door, and went to the parking lot across the street. “You can’t run now, Eli. They’ve been looking for you. Call me Mason, by the way.” He smiled as the cat thrashed inside the carrier.

Mason unlocked the car and put the carrier in the front passenger seat. He then closed the door and went around, getting on the driver’s seat. “I won’t let you shift until we get there. I’m going to call them when we’re almost there to make the delivery.” He started the engine and drove away from the parking lot.

After long minutes of struggling in the carrier, Eli finally came to a stop. Mason glanced over and saw a fluffy paw slide through the small door. “What do you want? To talk?” he asked, and the paw moved up and down. “I’m a were-tiger. If you try anything funny, I’ll rip you to shreds.” The paw retracted into the carrier. Mason sensed the fear emanating from inside.

Mason made a turn and parked on a dry dirt space next to the woods. He unbuckled his seat belt and opened the carrier. “Remember, don’t try anything funny.”

The cat came out, his sharp, bright green eyes locked on Mason’s. When Mason put the carrier in the backseat, the cat shifted. If it was a slow shift that meant Eli hadn’t turned into his human form in a while. Mason took his jacket off and threw it onto Eli. The cat grew into a young man with ear-length wavy black hair and green eyes.

Mason raised a brow at the supple tanned skin and elegant body build. Eli Terrence, the one they had been searching for, looked more fragile than he’d expected. How come they hadn’t caught him yet? He could sense the anxiety in Eli, but Eli didn’t show it. “Start talking.”

“If I don’t go under the radar, they’ll find me,” Eli said, his voice calm and soothing, a comfortable deepness to it. “From the way you’re willing to listen to me, I know they haven’t told you the whole story.”

“This isn’t some kind of movie. Explain,” Mason told him. He found himself glancing at Eli’s body. His jacket only covered his lap.

Eli sighed and scratched the back of his neck. “Your boss is my older sister. Whoever you’re interacting with is pretending to be her,” he said, and Mason narrowed his eyes.

Mason grumbled in suspicion. “Then where did she get the money to hire me or the team before me?”

“She’s a known singer,” Eli said. “I don’t care anymore if I say her name. Kayla Antoinette. Her real name is Emily Dorno. If you don’t know her, then you live under a rock.”

So Eli was a Dorno and not a Terrence. There were a few similarities in appearance between the singer and Eli. Mason looked outside, pondering what he heard. “What’s your sister’s goal?”

“If I’m gone, my father will give his empire to my sister in the future,” Eli answered. “Since there’s a lot at stake, he already has his will written and prepared, but he can change it whenever he wants.”

“My job is to take you to two men. They’re going to pay me the other half of the deal. What do you expect me to do now?” Mason asked. “All I do is take things and people from point A to point B on my spare time. I don’t get involved.”

Eli looked down. “I didn’t expect this. Were-cats and were-tigers don’t mix, so I wasn’t prepared for my sister to hire a were-tiger to find me. I’ve been with humans for so long that I got rusty.” He gripped the jacket in his lap. “There’s no way I’m going past this point with you. I’ll fight you if I have to.”

Mason raised a brow. “You know you can’t go against—”

“I don’t care! I’m not going there. Between you or my sister, I’d rather fight you,” Eli said. “It’s not because she’s my sister, but because she’d hire people to torture me before killing me. She once threw a kitchen knife at my head, but I was lucky enough to dodge it in time.”

“Is that so?” Mason asked, and Eli nodded. “Unless you’re a threat to me, I’m not going to fight you. You’d break like a twig.”

Mason chuckled. “You couldn’t even get out of the carrier in your cat form.” He gazed at Eli, who looked away in embarrassment. “So you know, I’m not into criminal activity if I know what’s going on. Maybe I can help you. I appreciate that you trust me to tell me what’s going on. You risked me blackmailing your sister and your father.”

“That’s because I can sense enough of your personality to know. Wait, you can help me?” Eli asked, staring at Mason. “What about your payment?”

Mason put the last cup in the sink and turned around. “Come here.”

That tone heated Eli even more. He stood and approached Mason. “Yes?” Mason was even taller up close. Eli was lucky his forehead reached Mason’s chest.

“Choose a room in this house. Well, outside also counts,” Mason said.

Eli swallowed hard. He could feel how Mason contained himself. “Your bedroom,” he answered, and Mason held his hand, leading him out of the kitchen. They went to the end of the hallway and turned right, into Mason’s room.

“Next question,” Mason said. “Where in this room?”

This was the first time he’d entered Mason’s bedroom. Everything had Mason’s scent on it. Eli needed to think about it carefully. After all, he had to take into account how much space Mason would need to move. The thought of it made his hardening cock tighten his crotch all the more.

When he switched his attention to Mason, he finally saw a different expression. Mason gazed into his eyes from above, his lips slightly parted. Mason’s gaze shifted from his eyes to his lips and back into his eyes.

Eli was done pondering. “Let’s not complicate things. The bed is fine.” He allowed Mason to lead him to the bed, which was against the wall, in the center of the room. Across from it sat a dresser with a flat-screen television on it. Eli sat on the bed and Mason took his shirt off. Eli intended to take a better look at the room to see what interested Mason, but got distracted by Mason sliding his shirt away from his torso and over his head. The more Mason undressed, the thicker the cloud of pheromones got.

Mason unbuckled his belt and took his pants and underwear off. “I appreciate the way you’re looking at me, but your clothes aren’t coming off on their own. Or are you regretting your decision?”

Regret wasn’t a word that came to mind. Eli tilted his head. “I got distracted by you.” His heart thumped when Mason grinned with a raised brow. He looked more predatory than anything else.

Eli took his T-shirt off and felt Mason’s lust-filled gaze on him. He then took his sweatpants off. “I’ll leave the underwear for you,” he said, and Mason pounced onto him. 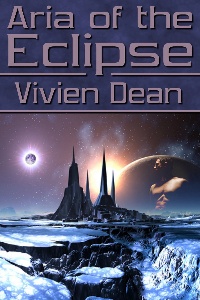 Until Forever (MM)
Lynn Hagen
In Shelf
$5.50
Tweets by
sirenbookstrand