There's nothing like a fresh start, and for Randy, still nursing wounds left by a cheating ex and harboring a deep mistrust for all things corporate, Wolf, Wyoming seems like the perfect place to start over. Secluded, quiet, and self-sufficient, Wolf is bound to not only inspire, but to bring Randy the peace he needs. The view's not bad, either.

Vaughn O'Connell and his family are Randy's only neighbors for miles, and while Randy knows it's somewhat unlikely that a man with three kids is gay, it doesn't hurt to look. When a misunderstanding brings Randy face to face with both Vaughn and his eighteen-year-old son, Lyle, Randy's not sure what to feel about either of them.

But things are not what they appear in Wolf, and the closer Randy gets, the stranger the O'Connell family seems.

Then it crouched, and Randy knew its plan before its front paws even left the ground.

The wolf jumped, both paws landed with heavy thumps on either side of Randy's head, and Randy screamed. The wolf opened its jaws wide, lolling tongue huffing drops of spit on Randy's face, and Randy knew it was now or never. He dropped to the ground, slid along the wall, and lifted both arms to cover his face and head.

He rolled to the left, choking on the too-close scent of the animal, and, as he lifted himself to his knee, praying to just make it out the door -- just make it out the door and he'd take it from there -- another shape whipped past him so fast that for a second Randy was dumbstruck. Something collided with the wolf, a sharp yelp was tossed into the air. Randy turned to stare in awe as not one, but two wolves tumbled across the floor of his garage. The new wolf was bigger, maybe even stronger, judging by appearances, and Randy knew that the new wolf was the one he'd seen on his deck. It just felt right. It had to be.

The new wolf buried his teeth in the thick fur of the other's neck; they dug at each other with both front and back paws and rolled and twisted like something out of a Nature Gone Bad show. Snarls were muffled by mouthfuls of fur; high-pierced yelps and angry growls echoed off the walls of the garage. Randy took several seconds, during which he nearly drowned in relief and shock, to react.

He found his feet, he stumbled upright, and he ran. He jumped the step at the man door of the garage, and he did not look back. As though both wolves were on his heels, he stumbled across the carport and tore the screen door open so hard it bashed against the siding. He didn't reach for it, nor did he try to close it. He let it swing in the wind and kicked open the wood door to the house. With a scream that could have been triumph, but was more than likely panic, he ran into the house and slammed the door behind him. It wasn't until he had twisted the lock and slid to the floor that he dared to breathe again.

That was where he sat for the next hour, listening through the door for anything that might suggest the wolves were still there, or that they'd left, or that they'd decided to team up to try and huff, puff, and blow the house down.

There was nothing -- nothing but the sound of two doors being battered by the wind. Thwack! Thunk. Thwack! Thunk ... thunk ... clunk. 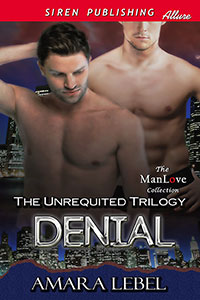