Taken from a life in the human realm, Dillon must adjust to being surrounded by demons. It's not hard when he has his sights set on one delicious looking warrior. From the moment he first laid eyes on the handsome Rainerio, Dillon knew what he wanted. Rainerio finds the human, Dillon, persistent, pesky, and unrelenting. He also finds him hot as hell. There's only one thing stopping him from taking Dillon up on his not-so-casual offer. He's seen the other mates used as pawns against the warriors, and that's something Rainerio's not willing to risk. Even if Dillon isn't his mate, he won't budge. When Dillon is used to test for a new drug that has emerged, Rainerio must fight to save him. But when the Black River overflows, indicating that the stolen crystal is being used, his problems of protecting the human have just multiplied, especially when he finds out Dillon is, in fact, his mate.

5 ANGELS: "Dillon was friends with Snooke, but he never imagined his friendship would put his life in danger forcing the Demon Warriors to take him to the Demon realm for his own safety. Dillon can't believe all the gorgeous men he sees, but Rainerio, a Demon Warrior, blows everyone out of the water. Dillon isn't shy about telling Rainerio that he wants him. The only problem is Rainerio refuses him at every turn. Rainerio wants nothing more than to stake his claim on Dillon in the most intimate way, but he stays away to keep Dillon safe until the temptation is too much and Rainerio gives in to his desires gaining them both pleasure. The warriors know that Snooke's uncle has the crystal and if he figures out how to use it everyone will be in danger and Snooke is at the top of his hit list. Is Rainerio and Dillon's love strong enough to survive what is to come? Can the Demon Warriors recover the stolen crystal before it can be used to destroy the peace they have worked so hard to gain? The Demon Warriors is a wonderful series of stories that unveil the conflict between good and evil more with each story. I can't imagine how it would feel to be torn from everything you know going to a world where nothing is the same, but the only problem for Dillon was how he could get into Rainerio's pants. It was hysterical how nothing was too over-the-top in Dillon's bid to win his man. How Rainerio withstood his advances as long as he did was incredible. The love between the warriors and their mates is wonderful to experience. I am fascinated by Panahasi, the leader of the Demon Warriors, when little is known about him and his incredible powers. It is interesting that like all the demon warriors he only wants to find his mate and I can't wait to read his story." -- Teresa, Fallen Angel Reviews

"Being in the wrong place at the wrong time lands Dillon in a mess. If he hadn’t been spending time with his best friend Snooke none of this would’ve happened. For now, at least, it’s safer for Dillon to be with the Demon Warriors in their world, otherwise their enemies might hurt him. Of course that doesn’t take into account how much Dillon wishes that one particular warrior would notice him. He’s practically throwing his sexy little body in Rainerio’s path every single chance he gets. Dillon knows that they would be great together, but for some reason the warrior just won’t get on board with the idea. From his point of view Rainerio feels that claiming a mate is too dangerous for both warrior and mate. He’s seen mates used for leverage and warriors having their focus split between the job and the mate. Rainerio doesn’t know for sure if Dillon is his, but he’s not willing to find out, though it’s getting harder and harder to ignore Dillon’s attempts at seduction. It’s only a matter of time before either Dillon gives up or Rainerio gives in. It’s time for Dillon to meet his destiny in another world with an otherworldly lover in Rainerio. There’s no going back for the wise cracking human who’s met his match in the stubborn warrior. As their romance heats up the secondary plotline concerning the evil threat to everyone continues to throw out ‘bread crumbs’ to readers. Rainerio has witty dialogue, sexy encounters, and an original storyline. A fine addition to this series." -- Lisa, Joyfully Reviewed 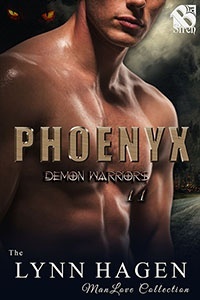 “Why can’t you let me be?” Rainerio asked as his fingers dug into Dillon’s ass cheeks. “You insist on taunting me, tormenting me. We can’t do this, Dillon.”

“We’re both adults. I don’t see what the problem is.” He whimpered as Rainerio’s hands glided across his ass, his fingers teasing his crease. “You want it, I want it. That equals two to me.”

“What you most desire isn’t always good for you,” Rainerio said as Dillon ran his hands through the long, cocoa-brown hair. The warrior kissed his temple, making Dillon close his eyes in pleasure.

“I need to feel some part of you inside of me,” Dillon softly pleaded as he pulled on Rainerio’s hair.

With a satisfied sigh, Dillon felt a strong, warm hand separating his cheeks, a finger circling around his entrance. Bearing down on Rainerio’s finger, Dillon tried to impale himself all the way.

Rainerio growled in his ear as he nipped the shell of it. “I say when you get more.”

Dillon nodded rapidly. “Okay. I can handle that. Now give me another. I need another finger.”

Dillon’s skin stung when Rainerio smacked his ass. His head spun from the sensation as Rainerio added a second finger. The spanking was well worth it as the large fingers scraped across his naughty spot. He was barely hanging onto the edge as Rainerio added a third finger.

“Oh, jeezus.” Dillon emphasized the word as tiny rockets went off inside of him. Rainerio was going to send him to another world, he just knew it. He fisted a handful of Rainerio’s hair as the warrior fucked him crazy with his fingers.

“You want to feel my cock in your ass, don’t you?” Rainerio’s voice was thick with passion, and he was moving, walking slowly to Dillon’s bed.

Rainerio’s eyes locked with his now as he was slowly lowered to the bed. Dillon clenched his ass cheeks, unwilling to let the large fingers desert him. They felt too perfect, too right, just where they were. “I want to feel something in my ass, preferably your dick.”

Rainerio tossed his clothes aside as Dillon took in all the muscled glory of the warrior. “Now that is one fine-ass-looking body. Give me some of that horse-hung cock.” Dillon wiggled his fingers at Rainerio, feeling impatient as ever.

Rainerio smacked him on his bottom again. “Ow, what was that for?”

“You know you like it.” He smiled smugly at the cock-diesel warrior.

Rainerio raked Dillon with his chocolate-brown eyes, making him shiver at such a seductive look. Dillon hooked his knees with his hands, pulling his legs back and giving Rainerio a display of what he had to offer.

Rainerio licked his lips as he lined his cock up. Dillon became frustrated when Rainerio didn’t enter him. He already knew that they didn’t need condoms, Snooke had tipped his ear about that, so what was the hold up? Panic set in as the idea that Rainerio might have changed his mind. “What’s wrong?”

Rainerio manacled Dillon’s wrists as he brought them over his head, locking them within his large hands against the mattress. “Nothing. Let the natural lubricant do its job.”

Rainerio lowered his head, taking Dillon’s mouth in their very first kiss. Rainerio was claiming his lips like a possessed man. Dillon was all for that. His tongue explored the recesses of Dillon’s mouth as his fingers tightened around Dillon’s wrists.

The warrior was mastering him, and Dillon couldn’t have been happier. His head fell to the side as Rainerio nipped down his neck, biting into his shoulder. Dillon’s hips bucked as Rainerio kissed away the pain.

Dillon’s ankles dug into solid, muscular flesh as Rainerio finally entered him. He gasped for air as the large cock grazed over his naughty spot and kept going. His fingers clenched and unclenched as the small bite of pain turned into the most astounding pleasure ever imaginable.

“Dillon. Hell, Dillon.” Rainerio looked as though he was begging with his eyes for Dillon to do something. They looked tortured and lust-filled at the same time. His powerful thighs inched up a little further, making Dillon’s ass raise higher.

Rainerio’s lips touched Dillon’s nipples with tantalizing possessiveness as he began to move inside of Dillon’s ass. He behaved as though he were a starved man, his lips sucking on every inch of Dillon’s body as he tried to eat him alive.

Dillon’s head thrashed from side to side, his breath coming out in rough pants as Rainerio fucked him harder. The warrior’s muscled thighs thrust him forward, making Dillon cry out with unquenchable pleasure.

“Oh god, Rainerio.” A feeling of utter closeness washed over him. Dillon felt as though he were inside of Rainerio’s body, like they had become one.

The warrior’s head snapped back as he stared down at Dillon with widened eyes. “This can’t be.”

Instead of answering him, Rainerio tried to fuck him through the mattress and into the apartment below them. Dillon was lost, wrapped up in the agonizing pleasure that seemed to take over his mind, body, and soul.

Never in his life had he felt such crippling abandonment. He was taken from that room and shot straight to heaven where Rainerio was making him wish this could last forever.

Rainerio hitched his thighs up further, hitting his naughty spot on every damn stroke. Dillon pulled at his wrists, trying to free them so he could dig his fingers into Rainerio’s honed muscles. 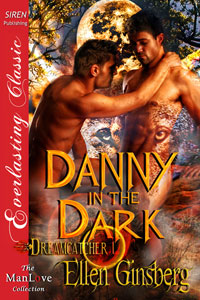