Two cowboys come up with a kinky treatment plan to save the woman they love from a deadly addiction. Morgan Keesling realizes she’s trading her drug habit for another dependency. As she begins to rebuild her life, she discovers a Dom-sub union she not only needs, but craves.

Determined to protect Morgan from a drug dealer hell-bent on destroying her, Blake and Grant prepare Morgan for an alternative lifestyle. Creating boundaries designed to make her accountable for her own actions, the men face numerous obstacles. And as Blake and Grant train Morgan for submission, they discover she isn’t the only one with past issues to overcome.

Note: This book contains double vaginal penetration. There is no sexual relationship or touching for titillation between or among the men.

Heat Rating: Sextreme
Word Count: 35,402
15 Ratings (3.5)
Menage a Trois/Quatre Western/Cowboys
In Bookshelf
In Cart
In Wish List
Available formats
PDF
HTML
Mobi
ePub
Cover Art by Les Byerley
Reviews
What a very interesting new series.
Barefoot Okie
OK. I love Natalie Acres but this was not her best book. I hope the series gets better because I don't think I could handle another boring book. I get that [the heroine of the book] was trying to get off drugs, it just wasnt written as well as it could hgve been.
sgaddie
Read more...

Blake’s hooded eyes were as much of an enticement as the foreplay itself. Seeing how much he wanted her, how much he still desired her, made her work harder for his pleasure, his complete satisfaction.

As much as they’d sworn only to fuck her, to use her body for sex alone rather than making love to her, she wasn’t fooled for a second. That connection she couldn’t separate. The lust and the love were adjoined. With Blake and Grant, it would forever be connected.

Blake was the first man she’d ever loved, and Grant was the last. How could she have sex with either of them without those old feelings resurfacing again?

Now, to add to the list of complications in her life, she felt as if she were embarking on a new journey, an everlasting adventure guaranteed to change her life. While she was angst-ridden—primarily because of the toll the drugs had taken on her body—she wasn’t necessarily afraid to face the new day.

Her men stroked faster, fucked harder. Their cocks hammered away at the space claimed, pounding inside her as their delivery became faster and the thrusts went deeper.

“You’re so hot,” Blake whispered. “The ginger still burns, doesn’t it?” He screwed her, impaling her with fast and broken taps. His steely cock pulsed with the building release.

“Yes,” she choked out, enticed by the way Blake’s dick thrummed inside her pussy while Grant’s hard rod pulsed inside her ass.

Heavy cocks fucked her as large hands careened over her flesh. Blake kissed her as he pushed himself higher, using her body for leverage as he sank between her folds, held still, withdrew, and buried himself balls deep once more. His tongue fought for its place as eagerly as his dick claimed its own, tapping that spot destined to set her off.

Morgan was sensitive from front to back, thanks in part to the fascinating sensations the violet wand generated. She felt as if her body became one giant wave of static electricity as each man developed a nearly hypnotic tempo.

Their long, erect cocks took stock in her body. Every stroke was worthy of praise as each jolt provoked more moans, and soft cries filled with desperate whispers.

Who would it be? She gasped with a harrowing thought. After the never-ending foreplay, she would not be left to finish herself off.

Grant’s voice moved her. Blake’s eyes guided her. She owned more confidence then than she’d ever possessed in her life. She felt sexy and capable, loved and wanted. Oh God, this was a special moment indeed. Together, Blake and Grant marked her as their sub, their woman, and ultimately their responsibility.

As Blake’s penis rubbed against her, the hotness became more exquisite. Grant hammered inside her ass, his nails biting into her flesh, raking over her skin as the fires became three-dimensional, splitting off in all sorts of flames.

She was close. Her orgasm was near.

Her orgasm grabbed hold, and it was like the Titanic, the mother of all releases as she fucked them faster and wilder, her body undulating like never before. 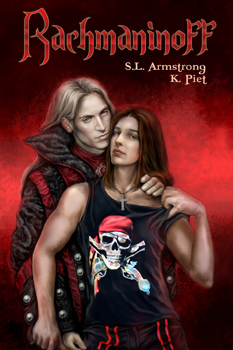