Dallan has lived a long time and knows how to beat back the demons with ambitions to rule earth. However, he didn’t have anything to lose until now.

So, as two demons prepare to face off against Dallan, Dallan draws closer to Hansel, the love of his life, who is now a powerhouse. Still wanting to protect Hansel, Dallan does everything he can to prevent Hansel from finding out the secrets of Dallan’s past that could get them all killed.

Hansel knows everyone has a past, and Dallan is no different, but he’s afraid that what Dallan isn’t sharing could get them all killed as the demons close in. He knows if there is a single crack in the circle of good, evil will leverage it for all it’s worth.

As a result, Hansel can do one of two things as the fight intensifies, betray his lover or fight at his side. 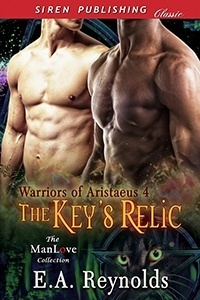 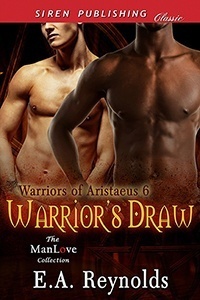 Dallan ran his finger lightly over the swollen flesh, allowing a slow infusion of healing energy to penetrate it. “Better?”

“Soak it,” Dallan ordered. “Stay off it tomorrow.”

“Tell my boss that,” he said, giving Dallan a teasing smile.

“Go to the office with Aristotle,” Dallan ordered. Dory worked for him for the time being.

“I won’t be in the office,” Aristotle replied. “I’m going on a stake out.”

And Dallan smirked as Dory stared up at Aristotle with pleading eyes.

“He really shouldn’t be here alone,” Dallan commented. “Dawn will be at work.”

“I will,” she agreed. “I’m going on a stake out with Teague. By the way, did I say thanks for hiring me? My two boring years as a security guard were certainly less eventful than this job.”

“I thought you were in college,” Hansel said as he sat on the couch and his cat Shadow padded over to sit at his feet.

“I got a degree in criminal justice. I can’t seem to make up my mind what I want to do, so I’m going to try everything that interests me. Then I’ll know what to focus on.” She shrugged.

Hansel rolled his eyes, and Dallan smiled. “Not everyone knows, Hans.”

“I’m going to shower,” Dawn said with a secret smile. “I might go out later.”

“Oh, I will.” She grinned as she hurried from the room.

“I’m not sure I like the sound of that,” Aristotle said. “Teague’s too old for her.”

“He can’t be any older than you,” Hansel commented.

“We all were once,” Dallan said. “You good taking Dory tomorrow? Otherwise, I’ll have to stash him with Faron.”

“We’ll be fine,” Aristotle said after a moment. “I’m going to shower too.”

Dory slipped gingerly from the room in Aristotle’s wake, and Hansel sighed.

“Does he really think age is more than a number in our case?” Hansel asked. “We can’t help it if you guys are ancient.”

Dallan chuckled and dropped down next to Hansel. “He has a point, but I’m not going to tell her not to go after him. Teague’s a grown man, and Dawn is over eighteen.”

“She’s not going to listen anyway,” Hansel said. “I wouldn’t have if someone had tried to warn me off you.” He grinned. “Not that you even cared about age.”

“It’s a number when consenting persons are involved.”

“Yes, it is.” Hansel leaned toward him and kissed him.

Dallan wound a hand around Hansel’s braid and tugged his head back as he plundered his mouth greedily. Hansel moaned and strained closer, running his hand up Dallan’s arm to rest on his shoulder.

“We need more privacy,” Hansel murmured, his lips against Dallan’s.

“We’d just have sex all over the house.”

“That’s my point,” Hansel said, straightening. “We can’t do it right here because someone might walk in. I’m going to take Shadow out back.”

“One day,” Dallan said as he rose and held out his hand to Hansel. “But for now, let’s just be glad we have people around we care about.”

“I guess that means you and Aristotle are working things out?”

“We’re coming to terms,” Dallan said. He dropped a kiss on Hansel’s head.

Hansel grunted. “I’ll make dinner. Why don’t you get some rest? You did good with our training today. I think Dory and Aristotle are starting to gel.”

“They are,” Dallan said.

None of them knew just how important it was, and Dallan wasn’t going to tell them right now either. He thought it was too much of a risk to Aristotle and Dory’s lives. As long as they didn’t know the significance to the triangle of life, they could continue developing as normal without stress.

And he could concentrate on finding the demons here to destroy them both.

Dallan took a quick shower while Hans was outside with Shadow. When he’d dressed and headed to the kitchen his cell phone rang, preventing him from starting dinner.

He picked it up from the center island where he’d put it and glanced at the display.

“We’ve got trouble,” Faron said. “We’re under attack, and Dakota is leading the charge along with what appears to be a demon and several trolls.”

“On our way,” Dallan answered grimly.

He hurried out of the kitchen into the hallway. He found Dawn on the stairs in the foyer. “How many of us can you take?”

“Two at once, but Dory’s ready. He can send you guys, and I can come on my own.”

“What’s wrong?” Dory said, appearing on the stairs behind Dawn with Aristotle and Hansel close behind.

“We have to move. The brothers are under attack, with Dakota leading the charge.”

“That bastard is going to get it good,” Aristotle growled.

“I need to get shoes,” Hansel said.

“Dawn, bring him,” Dallan commanded. “Dory, open a portal for us.”

Dory came down the stairs as Hansel raced back up. Dory focused and opened a portal a few steps from the stairs, and Aristotle hurried through and Dallan followed. Dory came in behind him and the energy closed.

The space was dark, but Aristotle had already struck up a small ball of light to allow them to see that they were in the living room of the small house.

A crash was followed by a boom and the floor rolled beneath them.

Dallan stabilized it and headed for the front door. When he got there, trolls were rushing in, but there was no sign of Dakota.

Dallan was knocked to the ground by a spell and the ground lurched, taking him into the mob of trolls.

The next morning, Hansel woke alone, but he wasn’t really surprised. It was a work day for them both. He threw off the covers and rolled out of bed after a brief glance at the clock. Then he padded into the bathroom to find it warm from the steam of Dallan’s shower.

The air held a pleasant smell of spice from the bodywash and Hansel smiled as he reached for his toothbrush.

“Morning, babe,” he said and squeezed toothpaste onto the brush and put it into his mouth.

“Hurry and come in with me.”

“You aren’t getting out any second?”

“I just got in,” Dallan replied. “I was out for a run,” he said. “Shadow enjoyed himself. He’s getting quite strong.”

Hansel grunted and spit. “Did he enjoy himself last night?”

“Hans, get in here, I’m getting lonely,” Dallan urged.

Hansel finished and rinsed his mouth before stripping and climbing into the spacious shower. Dallan faced him, an arm snaking out to draw Hansel to him. Dallan kissed him softly and Hansel moaned, running his hand up Dallan’s shoulder.

“You came to bed late last night,” Hansel murmured. “Does that mean you stayed out with Dakota?”

“That only took a few minutes,” Dallan replied, and Hansel leaned closer to press kisses along Dallan’s collarbone.

“Less than fifteen minutes,” he said and pushed a hand into the long blond strands of Hansel’s hair.

Hansel bit the side of Dallan’s neck. “Are you telling the truth?” he asked in his ear.

Hansel ran his hands down Dallan’s chest. “Then I won’t stay mad at you for not taking me with you.” He reached into the wire caddy for a tube, and Dallan took it from his fingers.

“No,” he said and kissed Hansel again before urging him against the tiles. Dallan set the tube aside and pushed Hansel’s arms up the cool wall as he plundered his mouth.

Hansel rubbed his engorged cock against Dallan’s thigh as their tongues came together in a sweet mating that made Hansel’s dick leak.

God, he loved this man so much. The very thought of him having been alone with the man who’d tried to ruin them still pissed him off and frightened him.

“I don’t want that,” Dallan murmured, as if reading his mind. He turned Hansel to face the tiles and the water hit him from the side, a warm caress that excited him.

Dallan’s hand slid down the crease of his ass before lifting and lowering it. The pain was a kiss of pleasure that drew a rough groan from Hansel. Dallan caressed his ass and tapped the curves again, this time harder and Hansel whimpered.

Dallan reached for the lube and twisted off the cap. A moment later, a drizzle of warm liquid licked down the seam of his ass and then a firm finger dragged it to the secret garden between his cheeks. Dallan’s finger caressed the tightly closed rosette of his anus before breaching it.

Hansel held his breath as the slick digit pushed past the tight ring of muscle and forged into the hot depths beyond.

“Your ass is so fucking tight,” Dallan said harshly.

He withdrew his finger, added more lube, and pushed it back into the taut cavern. He kissed Hansel’s nape before nipping at the side of his neck as he fucked his finger in slow and easy.

“Oh, damn,” Hansel said breathlessly as he rubbed the heels of his hands against the slick tile.

Dallan drew his finger out and pushed two back into the tightness. Hansel groaned and panted as Dallan fucked him harder, spread his fingers apart and drove them in deeper.

Hansel rubbed his throbbing prick against the tiles, pre-cum mingling with the water droplets as his desire climbed and turned into a white-hot fire raging out of control.

The dark energy of his magic leaked from him as if to release pressure and a heavy tap landed on his ass.

“You’ll get it when I give it to you,” Dallan said and landed another hard tap on the curve of his ass before turning his attention back to finger fucking him.

Hard and deep, Dallan’s fingers drove into him, brushed his prostate and retreated before brushing up against it again, causing bliss to unfold in his belly. “Yess!”

He was going to blow if he didn’t get a dick up his ass. He felt the need boiling in his balls like a bomb on the verge of explosion.

“You better not come yet,” Dallan crooned and hit him again. This one was harder and Hansel had to fight not to come as the burn bit hard at him.

Dallan quickly pulled his fingers free and a moment later, the blunt head of Dallan’s dick teased the opening of his ass. Then Dallan breached him with the hard shaft of his prick. The tight tissues of Hansel’s ass were slowly parted, nerve endings screaming in pleasure.

Dallan thrust, filling Hansel quickly. Hansel’s inner muscles clenched around him and Dallan cursed. Hansel closed his eyes and savored the feel and the harsh breath against his neck and the thick dick buried in his ass. 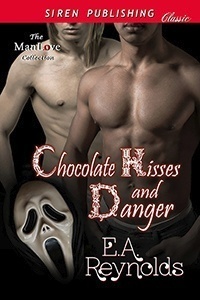