The Pearl of the Dragon (MM)

Gavin Barton, a water dragon shifter, and Caspian Pelagius, a merman, have an instant attraction. It isn't long before they're mated. They begin going out on dates afterward. They're doing everything in reverse, but it works for them. Then, the shadow people attacks randomly. Gavin tries not to display his overwhelming concern for his mate on the surface, but with the constant assaults, he's beginning to crack. He makes the mistake of wanting to use Baltic, Caspian's youngest brother, as a weapon, rationalizing it as his attempt to deal with the shadow people and protect his mate simultaneously.

Caspian is less than impressed. He loves Gavin. He's aware Gavin can be overly spontaneous at times. It makes for a fun date. However, Gavin doesn't take Baltic's safety and mental health into account when planning for a retaliation against the shadow people.

Can the two mates work things out between them? Or will the differences in their opinions tear them apart?

The Pearl of the Dragon (MM)

More From The Triplet Mermen Trilogy

Gavin waggled his eyebrows at Caspian. “Do I turn you on, babe?”

“Do you associate everything with sex?”

Caspian shook his head. “I’m mated to a sex addict.”

“I can’t help myself. I get hard around you almost all the time.”

“You need to learn better self-control then.”

“You should tone down your sexiness, babe,” Gavin retorted while Caspian simply snorted in retaliation.

Caspian gulped a little when Gavin moved closer to him and wrapped both arms around his waist. “I remember someone promising to ride on my dick.”

“Really? You must be going senile. There was no such promise.”

Gavin pouted. “Come on, babe. My blue balls will be turning purple in a matter of minutes.”

Suddenly, Caspian pushed Gavin down onto the picnic mat once again. Gavin’s yelp of surprise turned into the most brilliant grin ever. Caspian had planned to tease Gavin a little bit longer, but he was just as aroused as his mate. He attempted to do a sexy striptease for Gavin’s benefit, something he had learned from online video tutorials, but he ended up falling down onto his ass when he was taking his pants off. He blushed from the embarrassment.

Gavin shook his head while crawling toward him. He moaned under his breath when Gavin licked at his neck. It was a gentle swipe of his mate’s tongue, but the sensation was incredible.

“Have I told you how much I love you today?” Gavin whispered against his neck while nibbling on it. “Fuck. You taste so good, babe.”

Caspian couldn’t utter a single word. Instead, he reached out and grasped blindly for Gavin’s shirt, wanting to take it off and yearning to feel the warmth of his mate’s bare skin rubbing against him. He was lost in the thrill of Gavin’s tongue all around his neck. It took him a moment to realize he was now lying naked underneath Gavin, who had removed every stitch of his own clothes. However, he was determined to give Gavin just as much pleasure as he was receiving at the moment. He stretched his right hand out and gripped onto Gavin’s throbbing cock. Gavin hissed against his chest before suckling on his nipples, one after the other.

Gavin rose up higher and spoke into Caspian’s left ear in a husky tone. “Yeah? Where do you want to start, babe?”

Caspian didn’t reply. Instead, he scooted down lower until he was positioned on his back right underneath Gavin’s hairy balls. He glanced upward and shifted backward a little bit more. He was now gazing up at Gavin’s muscled ass. He grabbed onto Gavin’s hips and pulled his mate lower toward him as he stuck his tongue out. He could smell his mate’s musky scent as he breathed in deep and put both of Gavin’s balls inside his mouth. He played around with them over and over again until he was satisfied. Gavin’s grunt of enjoyment was all the encouragement he required to continue what he was doing.

When he had enough, he reached out for Gavin’s pulsing cock with both hands. His palms weren’t large enough to circle around the width of Gavin’s dick, and neither were they enough to cover the entire length of his mate’s cock. He stroked his hands up and down, feeling the leaking precum from Gavin’s dick on one of his hands. He repeated the movement a few more times before tugging Gavin’s straining erection closer to his mouth. He was grateful when Gavin helped him by shuffling backward.

He pushed Gavin’s cock into his mouth, sucking on the head and licking on the salty precum with his tongue. Once in a while, he would take more of Gavin’s cock inside his mouth. He wasn’t sure if he would ever be able to swallow the whole length of his mate’s dick, but he was determined to keep trying. He bucked up in surprise when he felt Gavin sucking his dick. He permitted Gavin to deepthroat his cock for a few moments, but he had to pull Gavin’s head away when he felt the tightening in his groin. He released Gavin’s dick from his mouth and pushed his mate off of him.

“Lie down on your back.”

Caspian smirked while pointing at Gavin’s throbbing dick, which was wet with his spit, but he utilized his water magic to lube it up further. He might produce enough slick in his ass, but there was no harm in adding more. After all, he was about to ride on his mate’s really massive dick. “Obviously.”

“Anytime you want to ride on Gavin Barton’s pole of pleasure, you just have to let me—shit!”

Caspian grimaced in pain as he sank down onto Gavin’s dick in one rough stroke. It hurt like hell, but it was worth it. He watched in satisfaction as Gavin’s eyes rolled back in enjoyment as he began to fuck himself on his mate’s cock over and over again.

“Damn. Your dick is a monster all by itself.”

“The…the better to fu…fuck you with, babe,” Gavin muttered while panting and stuttering. 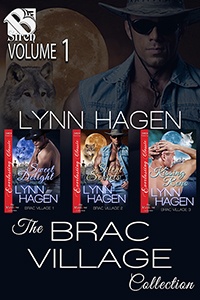 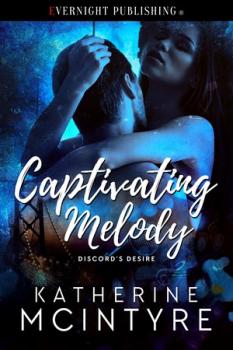