What would you do if you finally had everything you ever wanted and a madman threatened to take it all away?

After escaping Tanner’s clutches and defeating his pack, Cori, Nox, Dawson, Memphis, and Isaiah develop their magic as their relationship grows. When the attacks continue, they realize the danger hasn’t passed. Unsure of what Tanner and Gavrie Turgenev have planned, they must prepare to fight an enemy who remains in the shadows but possesses a power unlike any other.

Meanwhile, a terrifying emissary from the Vampire Alliance comes calling to Halson House, forcing Cori and her pack to determine if his interest marks him as friend or foe. As an upcoming Gathering with all witch Houses approaches, they count on everything being out in the open—and will welcome the fight that is surely coming for them right to their door. 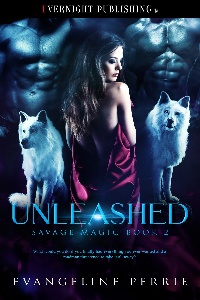 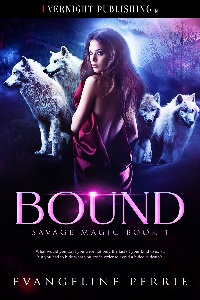 The battle raged on.

I couldn’t stop, or I’d get hurt, but I hadn’t realized I wasn’t using casting words anymore. Magic moved with my intent, knocking witches down, occasionally drawing blood, and my wolves kept ripping the bodies apart. It worked well for me, since my magical power was a lot stronger than my shifted cat. She gave me a disgusted expression but didn’t argue. In this, at least, she knew I was correct. She was pleased we were kicking ass but disgruntled that she couldn’t rip and tear her prey as the wolves were doing. I mentally gave her a stroke, and she snapped her teeth at me, reminding me to pay attention. Amused, I returned my attention to the battle at hand.

A witch moved in front of me, a female I had not seen before. She looked a bit like the Lopezes, from what I could see of them. A relation maybe. She smiled coldly at me and said, “Flammeum gladium.” The moment the words left her mouth, a large sword formed in front of her. It immediately was engulfed in flames, flames that seemed to dance wickedly off the sword. I was confused at first. Why wasn’t she holding the sword? Using it to attack me? Maybe the flames made that impossible.

My question was answered fairly quickly when she screamed, “Volare! Confodere!” and the sword flew toward me, aiming for my face. I completely forgot magic, as I was sure this woman intended, and flung myself out of the way of the fiery sword aiming to take off my head. I had never seen anything of the sort, never even conceived of conjuring a flaming sword to use in battle.

She continued offensively attacking, and I continued to dodge. None of those on my side were looking at what was going on here, and I wanted to glance around to find Nox, Tamlen, anyone to help me.

I shook my head. No idea what she was saying, but I thought the word bruja meant witch.

Her words pissed me off, then. I wasn’t a witch, and I had somehow completely forgotten that I was in possession of a huge amount of magic. More than this bitch, anyway.

The sword came at my face again, pulling back for a strike that seemed to aim toward lopping off my head. I was momentarily confused as I was sure they were trying to capture me for Turgenev, but I brushed that aside and went with my instinct. I couldn’t say why I thought it would work, why the fire wouldn’t hurt me if I touched it, but that was what I felt inside, what my magic nudged me toward. I whipped around behind the sword, snatching it out of the air with my bare hands.

I held it aloft, quirking an eyebrow at the woman in front of me, who looked both startled and enraged.

“I’m not a fucking witch, asshole,” I spat at her, and I made the sword disappear. Then my hands shot out before she could do anything else, and the sword reappeared, just in front of her face, not giving her any time to dodge it before it slammed through her and ripped her head clean off.

Her body slumped to the ground, not bleeding as the fire cauterized everything in its path. The charred remains of her head sat to the side of the charred stump atop the rest of her body.

I breathed heavily, trying to reconcile what I had just done as more witches, clearly on the side of the woman I just killed, began to move toward me. I continued throwing casts, trying to find my mates as I went.

I looked around and saw three witches surrounding Isaiah, who was battling off to my right. They were throwing too many casts at him, and although it wouldn’t kill him outright, it might knock him over so he wouldn’t be able to physically defend himself.

“No! Isaiah!” I yelled, but he couldn’t turn to me while he was trying to avoid death. I frantically tried to think of something I could do to help him, since I was battling, we all were and couldn’t rescue him. Suddenly, I remembered.

“Isaiah! Ignis!” I screamed at him while feeling for our bond and tugging it hard. The ball of fire I conjured for him flew directly at him. He must have been yanking it hard in his direction when he felt my pull on the bond because suddenly, he was completely on fire. Everyone in the vicinity, including the three witches attacking him, froze and turned. I could see that at first the three witches, who were grinning smugly at me, assumed I had just killed my own mate with fire, maybe accidentally, but they thought it was to their advantage.

Well, they were wrong. This was something we had practiced for weeks before coming here, and although Isaiah had more experience in his human form, he had done this a few times.

I saw it when all of the witches around suddenly got it. His entire body wasn’t consumed by flames, it was made of them. He looked absolutely terrifying. His brown fur became molten, like moving lava. His eyes were dark pits, and he moved like fire did, consuming everything in his path, still using his flaming teeth and claws to rend and tear but also setting everything alight as he went, starting with the three witches who he tore through. I could hear screaming as their flesh burned, and he snapped their bones in his flaming jaws.

I laughed, relieved, and so did Davida over to my left.

There was my badass mate. The others could do the same with their own elements if needed, but right now, Isaiah was laying waste to the other side as they couldn’t get him with spells, and his fire was too strong for them to attack physically. I saw Tamlen across the field pause and tip his head, smiling at how all our practice over the months had come to fruition. We might just come out of this. I sighed and continued to fight. 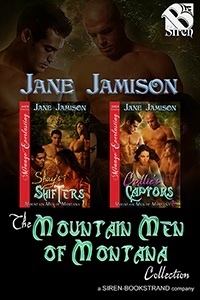