Heat Rating: Scorching
Word Count: 21,075
17 Ratings (4.5)
Contemporary Paranormal Shape-shifter Vampires/Werewolves Alternative (M/M, Gay)
In Bookshelf
In Cart
In Wish List
Available formats
Mobi
ePub
PDF
HTML
Cover Art by Harris Channing
Reviews
I enjoyed this book and look forward to the rest of the series. I only gave this book a 3 because there were so many editing errors that took away for the story. Hopefully the next book will have fixed this problem.
willow
Read more...

“Did you want something?” Cole asked, brash, curt, completely unlike the teasing male who had walked into his kitchen the first time.

Refusing to let Cole’s chilly attitude hamper his apology, he straightened his shoulders, but his voice came out weak. “I wanted to drop this off at your office as an apology but decided to come here instead.”

At those words, Cole’s full was attention turned to him, and Wren wasn’t ready for the intensity in those green eyes. Anger blazed there, as did stirrings of hunger. They both denied their animals, despite knowing the attraction between them. No wonder the tension in the space made his body fever hot, rendering him nearly speechless.

Not liking being ignored, Wren placed the cake on a nearby table and walked up to the cocky wolf. He gripped the werewolf Alpha’s broad shoulders. Huge mistake. Cole turned the tables on him, slamming him against the wall, caging Wren with his huge body.

It felt hard to breathe. His heart started on a staccato rhythm.

With dominant predators, it was better to look them in the eye, and besides guilt rammed into him. Wren understood he’d pushed Cole too far. They were both consenting adults. Why fight when it was easier to fold, to let this protective and surprisingly perceptive man take him on a wild ride?

Cole tipped his chin, and he swallowed, silently daring the big Alpha to kiss him, take him, force him over the edge to make that leap he’d been so scared of doing alone.

“You wanted boundaries,” Cole stated flatly, but the Alpha didn’t fool him. Wren pressed up so close to his own body, the bulge in Cole’s jeans dug against his own. Skin, he thought. Wren wanted the slap of flesh on flesh to have no obstruction between them.

“Hmm. Dessert does sweeten the pot a little,” Cole mused, anger fading a little to give way to amusement.

“Does that mean I’m forgiven?”

“Not yet.” Then Cole slammed his lips over his, all heat and bite. Wren was all but helpless to receive, to respond with hungry eagerness toward the man who managed to tear all his defenses down. Cole was all tongue and teeth, but he liked the rough edge to the Alpha. When Cole prodded his tongue between his lips, he opened up, let Cole deeper in.

Hands. He didn’t know what to touch first because there were so many places to explore. Wren had spent many a sleepless night, wondering, hoping. Cole didn’t have the same problem, it seemed, because Cole moved his hand under his shirt, sliding those large callused fingers down his sides, slipping them past the waistband of his jeans.

The Alpha curled his fingers over his cock, gave it a squeeze, and he sucked in a breath and nearly came on the spot, but he wasn’t an immature teenager. So he held his orgasm back, as hard as it was, and panted as Cole released his mouth.

Smiling, Cole used his other hand to unzip him and free his cock so it tasted open air. The Alpha then worked him ruthlessly, stroking him fast, before taking his swollen lips again.

“Again,” he whispered when Cole drew back, only to concede to his plea.

“In case you change your mind,” he said, breathless as Cole swiped away the pre-cum on his tip, gave his balls a squeeze. “God, keep doing that, I won’t last.”

“I want your release, little bird. Give it to me, then we’ll talk some more about making amends.”

“Fuck, that’s so hot,” Cole whispered in his ear, nipping at his earlobe.

He shuddered, aware he was in his kitchen, dick hanging out, Cole pressed up against him.

“You always this crass during sex?”

“We haven’t gotten to that part yet, so don’t you hurry off yet, little bird.”

To his frustration, Cole let him go. What sort of game was this? Wren watched the Alpha with narrowed eyes, as Cole sauntered out of the kitchen, swiping his box of cake with him.

“What are you doing?” he demanding, zipping his jeans up. He’d take care of the mess later.

They were out in the dining room now.

“Don’t you need cutleries or a plate?” he asked. God, but it pissed him off that Cole got him all hot and heavy. Wren had been certain they were about to have sex, but he wouldn’t call the Alpha on it yet.

“I have them right in front of me.” Cole wore that sexy killer mind.

Then Wren processed the Alpha’s words. Dumbstruck, he asked, “What?”

“That’s right, little bird.” Cole flipped the box open and stuck a finger into the cake. Wren would have been offended except Cole let out a moan. “Fuck, that tastes amazing. I bet it would even be more tasty if I ate it off you.”

“W-what are you doing?” Wren asked, looking uncertain. “Do I pass or fail?”

“You definitely pass.” Cole pressed a hand over Wren’s chest, urged the little bird to lie on his back on the table. Like this, Wren was exposed to him, no secrets, no walls.

“Okay, good.” Wren let out a sigh of relief and moaned when Cole blanketed his body over Wren’s.

Skin on skin felt amazing, but Cole wanted to be up close and personal even more. “Give me your mouth, baby.”

Wren turned his face toward him, and he accepted the shifter’s gift of submission. They’d both distanced themselves from each other and he’d been a little angry at Wren, but he also knew it must have taken some balls for Wren to approach him, offer him an apology.

He kissed his little bird, soft and tender, taking his time like he had all the time in the world. Wren returned the kiss with equal passion, no longer restrained. Wren reached out and clawed at his shoulders. Hissing, he grabbed them, placed them above Wren’s head, preventing movement.

If possible, he could feel Wren’s dick thickening against his jeans.

“Wait,” Wren murmured, and he stopped instantly. He worried Wren might have changed his mind after all, but it turned out he had nothing to worry about. “No fair, you still have your clothes on.”

“Why, baby? Not scared to tangle with this big bad wolf?”

Cole chuckled, rolled off Wren, and chucked off his clothes in a hurry.

“Next time, I want a strip tease,” Wren grumbled, but he could tell the little bird appreciated the naked sight of him. Wren’s gaze dipped lower, lingering on the package between his legs. “Wow. You’re like, huge.”

“I’ll take that as a compliment.”

He kissed his way down the length of Wren’s body, took one nipple into his mouth, and sucked hard. Wren cried up above him, twirling fingers into his hair. Well, he didn’t mind. He moved lower, leaving tiny bites and kisses. When morning came, he wanted to see all of his marks on his little bird, so the entire town would know who Wren belonged to.

“Now where’s that cake?” He grabbed the box, took a bit of cake and a swipe of frosting, and spread it over Wren’s cock and balls. Wren shuddered above him. “Don’t move,” he warned. “Or we’ll make a mess.”

“If you can still mouth off to me, it means I’m not doing my job.”

He licked the bit of whipped cream on Wren’s cockhead, paying more attention to the sensitive spot underneath. Wren groaned and clawed at the table. He kept his big hands planted on Wren’s legs, keeping the little bird in place. Not that Wren seemed to mind. In fact, a little roughness only seemed to rile Wren up.

“So good, baby,” he commented, tracing the chocolate he’d spread over the width and length of Wren’s prick.

“Not yet. Only at my say-so.” Cole opened his mouth and began to take Wren inch by inch into his mouth, until Wren’s shaft reached the back of his throat. He bobbed his head up and down, the sound of Wren’s pleas music to his ears.

Cole pulled his mouth away and licked the last bits of cake and chocolate from Wren’s privates. “You want to come, baby?”

“Don’t call me that,” Wren whispered. “Makes it sound like I’m—”

“Yours? Yes, you are.” He palmed Wren’s belly, lifted himself up for a kiss. Then he closed his hand over Wren’s dick, working it until Wren reached his limit. “Come for me now, baby.”

Wren had been worried he had nothing left more to give, but Cole didn’t think that was true. Wren had plenty more to offer, and it was his job to help Wren cast off the shell he’d hid in since Trey died.

“God,” Wren whispered, placing a hand over his forehead, staring up at him. “That was…wow. I can’t remember the last time I experienced two orgasms this close to each other.”

“Better get used to it, baby.” He took Wren’s mouth again, letting Wren taste himself.

“I think,” Wren ventured, after he took his mouth away, “that I like it when you call me that.”

“Good. Now, I hope you aren’t all wrung out yet. I plan on fucking you so hard, you can hardly walk in the morning.”

“Is that a challenge?”

He paused at Wren’s embarrassed face.

“Remember when I mentioned I’m like an Omega wolf? I’m also self-lubricating.”

“Oh? How convenient.” Cole certainly had plenty of creative ideas in mind, like taking his little bird unawares in public places.

Cole lifted Wren’s legs above his shoulders, gave Wren’s cock a squeeze. Wren groaned against him and he was pretty sure by the time he was done, Wren would have his third orgasm of the evening.

He traced the puckered entrance, not quite pushing in yet.

Smirking, he pushed one finger in. True to Wren’s word, the avian shifter was slick, ready for him. Still, Cole knew he wasn’t exactly small, so he added a second digit, made twisting motions, and stretched Wren. By the time he deemed Wren ready, Wren squirmed and groaned.

“Fuck me already,” Wren murmured. “I want you inside of me, Alpha.”

“Since you begged me so nicely, how can I resist?” He guided his dick into Wren’s entrance, pushing a few inches in. Wren groaned underneath him, raking at the wood.

“So big,” Wren whispered. “Can you really fit inside me?” 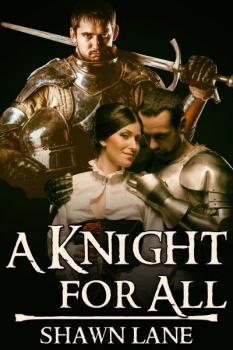