Zoe Shannon Vaughn is the King of Wolves’ human wife in name only. Pyrate’s Island pack Beta Cash Pyrate recognizes his mate the moment he sees her and does not care that she is married. As a gifted seer, Zoe has dreamed of Cash for years and knew this moment was coming long before they arrived on the island for Edward Pyrate’s funeral.

As a “simple island boy,” Cash mates Zoe first and then realizes she is a lady and deserves to be romanced, not just claimed. When another wolf threatens them, Cash shifts just inches from Zoe. His actions scare her and she worries that one day he might shift and attack her.

Will King Luka stand in the way of Cash claiming Zoe as his life mate? Can she learn to love him without the romance he feels she deserves?

The woman was beautiful. Long dark-brown hair tied in a braid draped over her right shoulder to end just below the peak of her breast. Her eyes were dark as well, though he could not tell their color at this distance. Her features were delicate, and she looked very familiar, though he could not place her.

Like the king, she was dressed for an evening at the theater, not a casual beach vacation. Her pale-blue bustier emphasized a generous cleavage. Her silky ankle-length skirt was black, while the shawl covering her shoulders was a rainbow of swirling pastel colors. She wore several gold necklaces of varying lengths. The shortest lay at the base of her throat while the longest reached to her waist.

When her gaze met his, Cash’s cock surged to painfully hard attention while his heart turned over in his chest. He gasped when he realized where he had seen her before. Visions of this woman had come to him in his dreams, both sleeping and awake, since he had been fifteen years old.

Over the last six months she had come to him more often, and the past few weeks it had been every night. The visions were, by turn, gently comforting, warmly loving, and sexually frustrating. They left him loving the unknown woman a little more, though he had no clue as to his mate’s identity.

Her eyes widened as she continued to stare into his eyes. Her lips parted as if she gasped a breath before they turned up in a warm smile. It was as if she knew exactly who he was and what they would be to one another. Could it be that he was not the only one having dreams?

“Mine,” he growled from deep in his chest. He took a step forward, all thoughts of protocol, manners, and any other subject beyond that of claiming his mate swept from his mind like a sheet of tissue paper in a Force 5 hurricane.

Before he could take a second step, Silver’s arm slammed across his chest like an iron bar. “Steady, cousin. That’s Zoe, the king’s woman. You can’t just grab her up and claim her here and now.”

“She’s my mate,” Cash whined softly, his cock throbbing with each strong beat of his heart.

“But she’s his wife,” Silver pointed out, sounding sympathetic.

Cash watched without blinking as the woman broke their locked gaze so she could gracefully descend the stairs. When she reached the king’s side, her gaze returned to his. The lonely, empty feeling that had started in his chest during puberty was replaced by a warm fullness he had never felt before.

The king wrapped his hand around her waist and pulled her closer to his side as he introduced her to Goldie. Cash fought the urge to leap across the distance separating them, rip the man’s arm off his body, and beat him to death with it. That woman was his mate. The king needed to keep his hands to himself.

As if the woman felt his anger, she glanced his way and met his troubled gaze. His eyes then widened in surprise when a gentle woman’s voice silently assured him there was nothing romantic between her and the king.

It didn’t matter, he grumped silently. She was his mate, and he didn’t share. Even with a king.

The woman gave him a look before turning away to whisper something in the king’s ear. Luka met his deepening frown with a raised eyebrow and cocky grin, as if daring Cash to challenge him. Cash took another half step before Silver stepped in front of him to block him from moving any further.

“Hold it together before you get yourself killed,” Silver whispered out of the side of his mouth.

In minutes, Goldie had given her formal “welcome to the island” speech. Then she suggested they head into the village on the other side of the island so their guests could freshen up and settle in.

The group began to walk along the beach trail that led toward one of the few gates in the fence that separated the town from the rest of the island. The king and Goldie led the way with Silver and Cash bringing up the rear.

“Go talk to her,” Silver urged, elbowing Cash sharply when the woman began to lag behind the king’s men. Her stiletto heels sank into the loose sand with each step she took.

“I can’t,” Cash admitted after nearly a minute of silence.

He could not take his eyes off the woman’s curvy, sexy backside as she walked just a few feet in front of him. His heartbeat thundered so loud in his ears he could barely hear the sounds of evening that filled the woods.

“Why not?” Silver whispered.

Before Cash could come up with an excuse his cousin would not scoff at, the woman cried out in surprise and began to fall. The men on either side of her did not have a chance to twitch in her direction before Cash leapt and jerked the woman back. He then scooped her into his arms and held her securely against his chest.

She did not fight him. Instead, she wrapped her arms around his neck and looked up at him. Her smile reached from his eyes all the way down to his cock, taking possession of everything in its path.

He was holding his mate. That was all that mattered.

Unable to help herself, Zoe slowly looked down her mate’s body.

He was large and muscular, with a light dusting of black hair across his chest. Her eyes continued drifting south, admiring the golden tan that covered him evenly, including a long, thick, very erect cock that was pointing straight out from his body.

The rational, thinking side of her brain overloaded, and the sensual, feeling side took over. She took a step closer and reached out. Cash sucked a breath then released it with a hiss as she traced a line from the tip of his cock to the root with the tip of a single finger.

“So silky,” she murmured, drawing her finger back up the impressive length.

“Ummm,” he breathed as she swirled her finger around the crown of his cock then swiped it across the tip to catch the pearl of fluid she found there.

Lifting her eyes, she met his as she raised her finger to her lips. She licked at the wetness and made a soft sound of appreciation. In response, he bit his lip and groaned.

“Damn, I can’t wait another minute,” he said, growling.

Zoe squealed as he swept her off her feet and tossed her onto the bed. She bounced twice before settling in the middle of the king-size mattress. She watched, wide eyed, as Cash took hold of her ankles and spread her legs wide. He then climbed onto the bed between them, not stopping until the head of his cock brushed against the puffy lips of her pussy. Then he bent his arms and lowered his body until his chest just brushed against hers.

The fingers of one hand reached between them and spread the lips of her pussy. In the next instant, he dragged the blunt head of his cock from the top of her slit to her wide-open entrance. She gasped when it brushed over her knotted-up clit on his second pass.

“Forgive me, mate. I promise to make this up to you,” he spoke between gritted teeth as he pushed the head into her pussy. In the next second his hips snapped forward, driving his cock deep. He slid out a bit and then pressed forward a second time, this time pushing until he was completely buried inside her.

She cried out as his first thrust broke through her maidenhead then bit her lip on the second. He stretched the walls of her pussy with a fullness that bordered on painful. Once he was fully seated inside her, he stilled. Then he began to brush kisses along her jawline.

“I’m so sorry, but I could not be separate from you for another second,” he whispered.

He shifted his weight to his elbows before sliding his hands up the sides of her chest to cover her breasts. He began caressing the skin of the twin mounds, pulling her focus from the pain between her legs. In seconds, the ache eased to a fullness that felt so good. A few more and she began to squirm, needing something, but not sure exactly what it was.

“No. Yes. I don’t know,” she answered honestly. She began to shift beneath him, trying to move her hips, but he had them pinned to the bed with his own. “I need…something. Please, Cash, help me.”

Cash smiled down at her then leaned closer and brushed his lips across hers. “Don’t worry, mate, I’ll take care of everything. When I’m done, all your needs will be history, and you’ll be completely relaxed.”

A shiver of excitement and anticipation raced through Zoe. “Mmmm, I like the sound of that.” 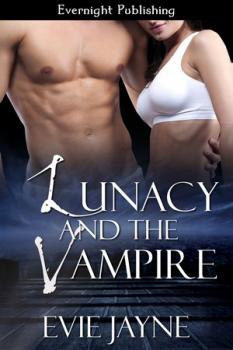