Mallory wasn’t afraid of getting hurt, but she still wasn’t interested in getting caught in a woman’s snare. Leading her pack and watching her friends fall in love was enough for her. After all, her club kept her busy.

But the curious gaze of a cat turned her head and, before she knows what’s happening, Mallory’s more than interested in an affair with the mysterious red-headed dancer with intriguing flower-blue eyes.

Only Mallory isn’t prepared for the trouble stalking Cordelia that led right back to Mallory’s door. Determined to save Cordelia, Mallory soon realizes it’s love not lust driving her actions—but will the fall cost her the pack?

Mallory sighed as she ended the call she’d made to Cordelia. Talking to her about her problem with McDaniels was tops on her list this afternoon. She hadn’t returned her call yet and it didn’t look like she was going to.

She unlocked her door and climbed into the sporty black vehicle. She started the engine and was about to back out when a cry of rage stopped her.

Mallory cut the engine and climbed out. Across the parking lot, she spotted Cordelia standing in front of her moped.

“Cordelia?” she called, and the woman turned, her body tight as a violin string. Mallory strode over, curious. “What’s going on?”

“She trashed my bike while I was inside,” she growled. “I don’t even think filing a report will do much good.”

“Who do you think is responsible?” Mallory asked.

“You’re not sleeping with her?” Mallory asked with a frown. The woman’s scent was too hard to place. She never could get anything more than the smell of Cordelia’s perfume and that was very enticing.

But she certainly wasn’t wearing any superficial scent that said she had been with anyone else.

“No,” she muttered. “I told you last night. She tried to rape me. Then she threatened me. She said she’d rip out my throat if I told.”

“I was reporting what she did to me last night,” Cordelia said.

“And what did they say?”

“Fuck me,” she snapped. “That’s what the police chief said.”

“You talked to Jenner?” Mallory asked. “And he refused to handle this?”

She glared at Mallory, her eyes glowing faintly green. Mallory’s coyote raised its head and drew in the woman’s scent. There was an undertone of something other than human that intrigued both woman and animal.

Cordelia turned away, the red of her hair brilliant against the gray day. Her ass was firm in the pants she wore, and she only got a few steps before Mallory was trailing after her like the bitch in heat she was.

“Wait a minute,” Mallory called attempting to grab her arm, but was too slow.

“I can’t prove she did this, but I can report it,” Cordelia said.

Mallory went inside with her, curious as to how this would be handled.

The report was taken and the man who did was more or less unconcerned with Cordelia’s fears of being stalked. He merely told her there was nothing they could do absent of proof.

“So, when she rapes me and beats me to death, then you can do something?” Cordelia asked, clearly seething with rage as she stared at the officer looking the moped over.

“Right,” she muttered through clenched teeth. “She told me this would happen, so my best out is to buy a gun and blow her brains out.”

“Your best out is not to say that in front of a cop,” he said coolly.

“Thanks for the advice,” she muttered. “I’ll kill you right after to avoid any problems.”

He looked at her then, a startled look on his face before his eyes darkened, and he growled at her. “Don’t threaten me,” he said icily. “I can arrest you.”

“My first call will be to a hitman with balls enough to kill you and brains enough not to get caught.”

“That’s enough,” he said and reached for her. His fingers closed around her arm and the air cooled slightly. A streak of blue cut across his skin going straight to the bones of his fingers. An audible crack had him jerking his hand away.

“Officer,” Cordelia exclaimed in a shocked tone. “Are you okay? What happened?”

Mallory stared at him, wondering the exact same thing as the hint of chilled air died away along with the frost on his hand.

“M-my fingers…” He trailed off, gaze glued to his hand, face flushed.

“Oh, my god!” Cordelia cried, eyes wide. “Mallory do something.”

Mallory almost laughed, but she was too confused.

“Hey, jackass,” Mallory called, turning away from them to find an officer striding from the building.

The cop glared in their direction but kept going.

“Your buddy’s in pain over here,” Mallory called. “I think he broke his hand.”

“I think the proper term is, ‘officer down’,” Cordelia exclaimed, a hand on her cheek, cornflower blue eyes chill as frost.

And this time Mallory did laugh. The woman was fire and ice and she loved it. 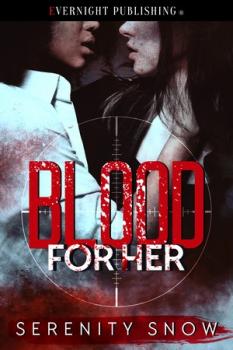