Brand is excited to be called to The Service and even more excited to meet his new Master. But then he finds that instead of one man, he is assigned to be a team Servant for the Minnesota Timberwolves, a professional NBA team. Brand is given a new name, Wolf, and expected to satisfy all the basketball players sexually. He is joined in this endeavor by two other marked men who show him the ropes. All the players seem interested except one, Anthony Close. Wolf takes an immediate liking to Close and has to slowly begin to unravel the mystery that is the star player. Wolf falls in love with him quickly. When other men try to take advantage of Wolf, Anthony Close has to decide what he really wants. And Wolf has to decide if he is willing to pay the price.

More From The Master & Servant Series

The cage swayed back and forth suddenly. I quickly grabbed the bars to hold myself steady. I had already slid across the polished hardwood floor of the cage once—just to bang into the heavy bars. I did not want to repeat that again. The heavy curtain around the outside of the bars prevented me from seeing what was happening, but the sounds outside of the cage told the story. The heavy curtain muted most of the sounds except the loudest.

A forklift lifted my cage and soon I was in some kind of freight elevator. My final destination was probably close by. My skin tingled with excitement and fear. I had looked forward to this moment for years and it was finally here! I shivered in anticipation of what was to come, if not for the cold air that was rushing in under the curtain. My naked skin developed goosebumps quickly and I rubbed my arms to stay warm.

I couldn’t hear any other sounds that would have given me a clue as to where I had arrived. The elevator had traveled quite a distance, so I seemed to be in a tall building, at least. The doors opened with a swooshing sound and a bell told me I had arrived at my destination. The forklift moved forward for a while and then set me down.

This was it. My mind was racing with all of the possibilities and my heart was pounding furiously. I could hear the sound of the forklift receding as well as the sound of the elevator closing and leaving. The silence that I was left with was deafening. My temples throbbed trying to hear any little sound. I thought I heard footsteps, but I couldn’t tell for sure. My throat was so dry and my hands were damp with sweat. I rose up into The Service Squat just in time.

With a swoosh, the curtain was suddenly pulled back from around two sides of the cage. It took me a few moments to get used to the light, even though it was recessed lamplight. I could just make out a man standing beside the cage, but the details were blurry for a while even to my bowed eyes.

“Welcome to Minnesota.” His voice was deep and powerful. I assumed he was the Master. That is who we are delivered to, so he must be. I could see that he was in a suit, with expensive leather loafers. The carpet looked plush and the bottom of the furniture that I could see looked heavy and expensive.

The man I assumed was my new Master reached down and unlocked the cage door with a key. Opening the door, he said, “Come out, please. Let’s get a look at you.”

Minnesota? I’m an East Coast boy. What the hell would I do in the Midwest?

I slowly crawled through the cage door and positioned myself on the plush carpet in The Service Squat. This was taught to all guys in The Service as the acceptable position in which to meet your Master and also as the default position when you were unsure of what to do. Basically, it was a full thigh squat on the balls of your feet, thighs opened wide, arms resting on your thighs, and head bowed.

“That’s a good boy,” the man remarked. He walked around me, inspecting me. “Stand.”

I stood and made sure my head was still bowed. I could now tell that I was in a very nice office with an unusual glass wall on one side.

“You’re tall. Very nice. Take your jock off.” My jockstrap was the only piece of clothing I owned and it had just been given to me that morning. It barely covered my junk with a tiny square of fabric that was stretched between the two leg straps. Another elastic strap was around my waist with the effect that my whole ass was exposed. Standing, I tried not to blush or react in any way as I inserted my thumbs into the waistband and pushed the jock to the floor. 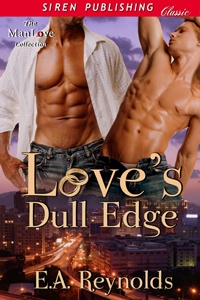