Brand is excited to be called to The Service and even more excited to meet his new Master. He is assigned to Steve Macon, a hockey player for the New York Rangers who has recently been transferred to New York. Brand expected to be delivered to a Master who would use him sexually, but is immediately intrigued when he discovers that this Master is not like anything he had expected. Brand has to grow and learn along with his new Master and even begins to fall for him. When tragedy strikes it makes them both wonder if Steve has learned enough about Brand to save him and if Brand is willing to go to any extreme to let him.

More From The Master & Servant Series

I had been delivered. The cage I was sitting in was dark, thanks to the heavy curtain surrounding it and also probably due to the darkened room that the movers had dropped me in. I had already ventured out more than I was supposed to and reached a finger between the bars, feeling the floor under the curtain. It was a very thick carpet. That made sense, because only very wealthy men could afford to have a Servant delivered to them.

My contract alone was worth two million dollars, if I made it through the whole two years. Then there was the housing, clothing, and feeding that hopefully the Master would spend on me while I worked through the contract. No ordinary man could afford that.

I got a weird feeling all of a sudden. The kind of feeling that you get when someone is close to you but you were unaware of them until now. I held my breath and listened with all my might. I thought I could vaguely hear breathing, but it could have been the heat. The temperature was very comfortable, even though I was practically naked. The super small jockstrap I was wearing might as well have been nothing, but I was glad for it.

And then I heard a sigh. I knew I had heard it this time. Someone was in the room with me, and my training had taught me not to say anything or make a noise until I was addressed. Raising myself off the hardwood floor of the cage, I dropped down into the familiar squat that had become second-nature. My thighs burned, therefore I knew I was doing it right. I laid one arm down on each thigh, bowed my head, and spread my legs in anticipation of meeting my Master. This was a moment I had planned for, thought about, dreamed about for years—at least since I was thirteen when the mark had appeared on my face.

The Master of my thoughts and dreams had morphed over the years. When I was young, he was a high school senior, thin, tan, and athletic. Later, he became a young businessman, charming and well-dressed. Now, I hoped he would be a man’s man, rugged, hairy and self-possessed. What was he really going to be like and would I probably be disappointed? How could I not when I had built him up like I had?

“Come out,” a deep voice rang out in the silence of the room. His voice was commanding and intriguing at the same time. I felt the familiar tingle in my balls that came when I was turned on.

I tried the door. It was still padlocked. I didn’t think anyone could have unlocked it without me seeing or hearing it. “It’s locked, Sir,” I said loudly and plainly.

“Shit!” I could hear him digging through his pockets and moving things on top of some surface. Then he was at the cage. He put his hands under the curtains and found the padlock. The light was so dim I couldn’t really make out much about him except that he was white. He unlocked the padlock and removed it without pulling back the curtains.

“Come out,” he said again, still serious. This time I could tell that he had a slight accent. Minnesota, maybe?

Lowering myself onto all fours, I pushed the door open and parted the curtains. Remembering to keep my eyes down, I stole as many glimpses of the room as I could. I was in a bedroom, a very big bedroom. It was completely dark except for a spotlight shining down right in front of me. I could tell my new Master was sitting on the end of the bed, but I couldn’t see anything about him.

As soon as I cleared the cage, I dropped back into the Service Squat and awaited his command.

“Stand and step into the spotlight.”

I pushed my thumbs into the elastic band around my waist and pushed down. My jockstrap, which was Service issued, was little more than a square of fabric hung between three elastic bands. My ass was completely exposed and my crotch just barely covered. I kept pushing until the bands came free of my legs and the jock fell to the thick carpet.

“Turn... slowly.” His deep voice was suddenly husky with lust.

He was checking out what he had purchased. Okay, I guess I would see what I was getting soon also. I slowly started to turn. My instinct was to do something cute like wiggle my ass, but I didn’t. When I had made a full circle I stood as still as I could. I thought I heard him swallow, but couldn’t be sure. There was a long pause.

“Stay there,” he said. His voice was a little shaky this time. He left the room, but the door he went out led to a dark room also, so I still couldn’t see him.

Master was gone for quite some time. It gave me the time to wonder what he was doing, but I couldn’t figure it out. My urge was to sit down, but I stayed standing. My professors at The Service Academy would be proud of how I was taking commands—how I had stopped thinking and just started following orders.

When the door opened again, my new Master followed the arc of darkness around the spotlight and sat back down on the bed.

“I am your Master. You are my Servant.” His words sent cold chills up my spine and sent a lightning bolt through my crotch. 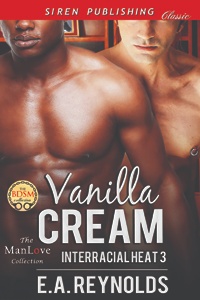