From the moment the lights dimmed, the racy music boomed, and the woman on stage began to dance, Lars Marsden was captivated. Knocking back his third bottle of beer for the evening, his eyes devoured every inch of the tiny redhead.

He feasted on her perfect, round breasts, on the leather corset that did little to hide her sensuous curves, and her shapely legs. Most of all, Lars was captivated by her face. Her dark eyes were lost to the dance and the sway of the music, giving nothing away but her passion. Those eyes didn’t belong to a stripper dancing to earn some extra cash. They were the eyes of a genuine dancer.

Lars’ cock stirred inside his battered jeans. Looking at the other tables nearby, he could tell the stripper had successfully stirred the other men’s libido. The stripper’s stage name was Dazzle, but Lars had no interest in knowing her stage name. What he wanted was to form the syllables of her real name on his lips.

Lars didn’t hear or notice the man who joined him at his table. Pretty odd, given that shifters, especially leopard shifters, were sensitive to even the tiniest movement. Some part of him, the vagrant road-nomad part of him, told him he should be a little bit worried about this intrusion. Lars silenced the voice. He wanted to watch the dance and the woman.

“Fucking shut up and watch,” Lars said to his unwanted company with sheer annoyance.

That was just how good the damn stripper was, able to blow both his concentration and his guard. His skin prickled slightly, but he ignored it again. There was just something away about the woman on stage. Each of her movements seemed deliberate and hungry, punctuated by an eerie grace Lars would’ve almost called inhuman.

Before the song completely faded away, the instantaneous applause and hoots came. Lars didn’t fail to notice how the applause was louder compared to the others.

“Damn,” Lars muttered, leaning back against his chair to nurse his beer.

“Do you want to meet her?” came the stranger’s voice. “I can take you to her.”

Lars had nearly forgot about him. Narrowing his eyes, Lars swiveled his head to study the man. Years alone on the road trained him to be observant. He’d had his share of fights and enemies. Most humans and shifters distrusted lone bikers and it always paid to be cautious.

His prickling skin was a warning from the bestial half lurking inside his metaphysical soul. The black leopard wasn’t bearing its canines or snarling, though. Instead, the cat’s jet-green eyes stared back at the stranger evenly. The speaker had a tall, slender but compact build. For some reason, Lars knew if he lifted up his shirt, he’d find his chest, stomach and abdomen padded with firm muscles.

Curious and intelligent green eyes stared back at him from a mess of black hair and a lean, almost hungry face. There was something about that face that made Lars look longer.

Most men would flinch from the gaze of an enormous, inked shifter biker, but not this man. He looked back unblinkingly at Lars, a secret smile on his lips. Soft, tasty lips. The right kind of lips, Lars realized, he’d like to taste and thrust his tongue into.

Desire coiled inside Lars’s belly. If his cock came awake at the sight of the dancer, it was definitely alive now and bulging in his strained jeans. Suspicion made him stay his hand from simply dragging the man up, finding a shadowed corner, and wiping the damn grin off his face.

“Who the fuck are you, her pimp?” Lars asked bluntly.

Anger briefly clouded the other man’s eyes, telling Lars a number of things. There was also something about the way his face grew hard and defensive. The woman was certainly something to him, but she wasn’t his whore. She was something quite special to him.

Anger cleared and the man’s face smoothened again, but his voice still came out tight. “I don’t usually make this offer to everyone, because I don’t usually care to share her.”

While Lars couldn’t sense any bad intention coming from him, and he did clearly love his woman, he couldn’t fathom why the hell he’d ask a stranger something like that.

“Oh yeah? Then why make it to me in the first place?”

“Because you’re the right one, and we know it,” the man explained.

Lars raised one eyebrow. “We?”

“Cas and me. Look, I’m only asking you to come talk with us. If you like what you hear, stay. If don’t, leave. No harm done.” The man held out his hand and Lars distrustfully shook it. “I’m Desmond James. You can call me Des. I’ll introduce you to Casey.”

“Lars,” he answered, not providing anything else, but Des didn’t push or ask. “That’s the stripper’s real name, then? Casey?”

“What’s she to you? Is she your wife, and this is some kinky fetish for you two, propositioning a biker?” Lars had to ask.

Des regarded him for a bit, his face uncommonly serious and intense, as if he was given a very hard question. Just watching the other man think made Lars feel like grabbing a fistful of the other man’s hair and jerk Des’s to his mouth for a taste.

The confident and quiet way the other man said those words unwillingly coaxed something inside Lars. It felt like a damn fist just created a hole in the dam where he kept years of loneliness and yearning at bay.

Fuck. He really means it. He must really love his woman. Knowing that’s enough for me to fucking say yes.

“Better be going, then. We don’t have all night and I’ll be leaving first thing tomorrow.”

Holy fuck. She could probably feel the bulge in his jeans pressed against her.

This queen was no skittish kitten, and his cat liked that a whole lot. She daringly leaned closer to him, her tiny nose running up the length of his chest until it nudged bare flesh. He groaned, feeling her inhale the side of her neck.

Cas could smell his arousal and he could smell hers. Her small tongue darted out from her mouth, licking his flesh. She made a little purring sound against him, making him clutch at her body tighter. It made him badly want to fuck her there and then.

“What the fuck are you begging me for?” he managed.

He could see her leopard reflected in her eyes, eager and wanting, badly restrained by the logical thoughts of her human half. Cas didn’t seem to let her cat affect her, though, and her level of control astounded him.

“To listen,” another voice added.

Lars had nearly forgotten about the other man. He expected a growl, a shove, some show of power reflecting his jealousy, but Des showed none of these things. He slid close behind Cas until the woman was trapped between the two of them. Des rested his arms just below Lars’s hands and further down Cas’s waist.

“Don’t you want to find out what’s it like, being a king?” Des pressed his face against Cas’s neck.

She sighed against him. When Des smiled, he was looking directly into Lars’s watching face.

Fuck. He didn’t just want to hammer his cock into the fine pussy of the woman in front of him. He also wanted to know how it’d feel like to have Des’s smirking lips wrapped around his cock.

Was it possible to want not just one, but two people at the same time?

“You’re shitting me. A black leopard’s no king. I’m no king. You got the damn wrong cat,” Lars said harshly.

He was hardly able to think when Cas grinded herself against him, her beautiful eyes closed with need.

“We’re not asking you to make a decision now, Lars. Come home with us, come live with us and see what we’re like. Come know the Leopold City Pard. If you decide it’s not for you, you’re free to leave. No strings attached.”

The words rippled off Des, but Lars was only aware of Cas’s lovely, soft body against him. He’d forgotten what it was like to simply hold a woman, and it was damn sweet.

“My future king, don’t you want to share her with me? Can’t you see how wet she is for us?” Des murmured. “Touch her. See for yourself.”

“I’m not your fucking king,” Lars grunted, one hand reaching past the band of Cas’s short skirt.

“Open your legs wider, baby. Let him feel how badly you want him, how you’re so wet for him,” Des commanded, and the woman between them complied.

She moaned, leaning against his wandering fingers as he touched her smooth mound and, finally, her wet cunt. Her need only amplified his own. He and his leopard needed to have her now or he’d come all over his jeans.

“You’re so fucking wet,” Lars muttered, surprised when another hand, Des’s hand, crept above his and brushed against Cas’s wet pussy.

The woman between them shuddered, arching her back.

Damn, that was hot.

“Fuck her with your fingers, Lars. Give her taste of what you’re like. Here, I’ll open her up for you.” Lars could feel Des’s fingers pushing open Cas’s dripping lips. “Fuck her, Lars. Fuck her hard.”

“Gods, she’s unbelievably tight.” Lars began to pump his fingers furiously into her.

“That’s it. Doesn’t she feel good, Lars? Won’t it feel better if your cock is inside her while she’s sucking my cock?”

Those words were enough to make the woman between them shudder again. Cas threw her head back, moaning her pleasure as she came, the muscles of her cunt contracting against Lars’s hand.

Watching the beautiful leopard queen’s face relax into bliss, Lars swallowed. Fuck. These two cats had him good. He couldn’t drive away the prospect of plunging his throbbing cock into Cas’s hot and wet cunt, or seeing Des’s eager green eyes fastened on them while Cas worked his cock.

It wasn’t just the desire of the flesh these two offered that called to Lars. It was the prospect of finally settling down and having a home, of being welcomed in a pard. But were they only offering him a place because they were desperate?

“Will you come home with us, Lars?” Cas asked, the tint of desire clearing from her dark eyes.

Quiet strength emanated from her, and it contrasted sharply with how she’d easily lost herself to abandon only moments ago.

Des pulled his fingers away from Cas’s wet cunt, and they glistened with her juices. Knowing he was watching, Des only lifted his fingers to his tempting, clever lips and sucked at them.

The last thing Lars expected was Cas leaning forward to give him a quick kiss on his unshaven cheek. How they’d simply offer something like this to complete stranger they’d just met baffled him. Screw this. It was more than fucked up, but if this little seduction was any indication, at least he’d be getting some damn good sex. 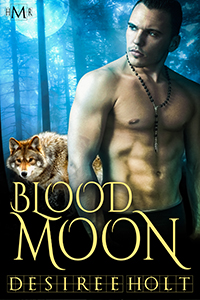