Love is even better when it's made for three...

When Avery Moore upends her life in Montana to take a job as a housemaid at a mansion on a private island in Florida, she knows the dramatic change could end up being the best thing to happen to her...or the worst. She's no stranger to hard work, but when she meets Max Barone and John Mitchell, the two gorgeous billionaires who inhabit the tropical paradise, she has to stomp out her flood of naughty thoughts. After all, these men can have any supermodel they want, so why would they be interested in a curvy girl who works as one of their maids? But after the two men take her cruising on their sailboat for her birthday, one thing leads to another, and a kiss in the heat of the moment might end up costing her the job...

After their last ménage relationship ended badly, Max believes John is the only person worth trusting with his heart. The last woman in their threesome conned them, stole their money, and escaped with their yacht. But the new chambermaid already has him second-guessing himself. She's exactly their type—a woman with a million-dollar smile, all the right curves, and a guileless charm they can't resist. Too bad she's part of his staff and strictly off limits. When a sudden kiss complicates everything, he decides their growing desire can no longer be denied. He's left with only one option to get what he wants. In order to have Avery, he must first fire her. But will John forgive him, even if he's doing what he believes is right? Or will a woman be the cause of their heartache once again?

More From Big Girls and Billionaires

Dating for Three: MMF Menage Romance
Zoey Thames
In Shelf
$4.99
All Books In Cart
All Books In Bookshelf
Excerpt 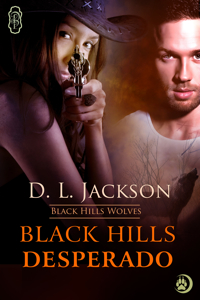