My Bet With a Dom

Adrian and Shenandoah are the most sought after and most respected Dom and Dominatrix in the city. Their quest for dominance in the verbal abuse of the other never fails to entertain their friends at parties, and the public spectacles they make of themselves are legendary. Neither of them is ever willing to relinquish even the slightest bit of control. Together for over ten years now, Adrian wants to marry Shenandoah, which is something she absolutely refuses to do. The master of all Doms, the most beloved friend and mentor of both Adrian and Shenandoah, devises a plan for a bet to end just this one of the many squabbles of this lovely couple, a bet that neither Adrian nor Shenandoah can refuse, each certain that he or she will win. 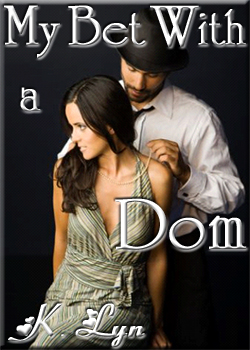 My Bet With a Dom

One weekend, the couple was at a party at the home of their mutual friend and master Dom of the city, Brian. Brian was well known within the local BDSM community for his excellent party giving abilities. Everyone wanted to attend his parties. Brian’s parties were legendary. He was also one of the most sought after Doms in the city. He had known Adrian and Shenandoah for eight years now and loved them both dearly. He had been their mentor and instructor for years. Each of the two lovers would secretly come to Brian for advice on perfecting their skills or simply to talk, without the other knowing that they had sought Brian’s advice. They never knew when they may want to use Brian’s advice for their own ill gain over the other.

Brian was also like the personal relationship counselor to Adrian and Shenandoah. Brian had always wanted to see the two of them get married. He knew that they would be perfect for each other. After all, they had been together for all these years already and neither had killed the other yet anyway. And, who else would put up with either of them?

Brian had planned on getting Adrian and Shenandoah very drunk at this particular party that he was having, and proposing a wager to both of them. If he could get one of them to agree to it, then the other would automatically go along with it, just to keep from appearing weak in the eyes of the other. Neither of them would ever give in, and Brian knew it. 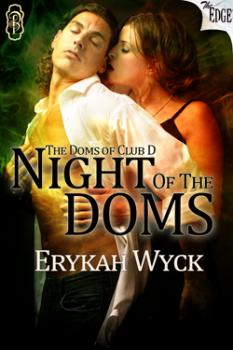 Night of the Doms
Erykah Wyck
In Shelf
$1.99