Virginia is determined not to let anything keep Mathias away. Not their parents, not an ocean, and not even Mathias's own vow never to love again. First, she has to find a way to bring him home, and then she'll find a way inside his heart.

Mathias never wanted to leave Virginia behind, but his father demanded he go. He tried a new life and love that turned tragic, and he vowed to never love again. He's determined to keep Virginia at bay once he returns home. When he sees how she's grown into a beautiful woman, will his mind be able to resist her beauty and charms, knowing that his body and heart want her more than anything?

Heat Rating: Scorching
Word Count: 76,519
1 Ratings (5.0)
Historical
In Bookshelf
In Cart
In Wish List
Available formats
PDF
HTML
Mobi
ePub
Cover Art by Jinger Heaston
Reviews
Having never read this author before, it was a pleasure and a good read. I laughed and cried with this book and the story was done in years not days. All in all i will read her next book.
bakersman1
Read more...
Professional Reviews

5 STARS: "Virginia's father and Mathia's mother marry while Virginia and Mathia are young. Virginia always loved Mathia, but Mathia did not start seeing her as anything but his stepsister until their teen years. Mathias leaves England for America to get Virginia out of his system. He marries into an Indian tribe. His wife and child die, so Mathia comes back to England. Mathias and Virginia end up in bed together. Is she pregnant? Their parents catch them in bed together. They make them marry, and Mathias resents Virginia for it. Can Virginia soften his heart? What drama! I loved this book! Sure, the sex is great, but the plot is even better. The cat and mouse game is tantalizing, and the characters are so deep that you feel an attachment to them. This is one to read and recommend to others!" -- Stephanie, Book Reviews R Us

He carried her to the bed, gently laying her down, then leaned over her, kissing her again. Starting at the top of her head, he worked his way down her flushed face, stopping for a moment to enjoy her mouth once more, slipping his tongue deep then on down her neck and chest as he unbuttoned the tiny buttons on the front of her dress. He caressed her full, firm breast gently with his thumb, circling her hardened nipple, which had come to life at his first touch. God, he needed her but wanted to go slow. He wanted her to know what it was really like to make love.

Mathias removed her shoes then pushed her dress up as he placed kisses up her legs. He couldn’t get enough of feeling and kissing her. He wanted to kiss every inch of skin until he had his fill of the taste of her.

Virginia felt her body coming to life. It had been almost five months since the first time they had made love or whatever he wanted to call it. She didn’t care anymore, just as long as they did so now. Her body was tingling from her head to her toes. She wished that they could stay this way forever, wished that he would love her forever. If she could only tell him about the baby growing inside of her. Would he be happy or despise her for it? She decided it had to wait. She wasn’t about to say or do anything to make him stop what he was doing. She needed him too badly at this moment.

Virginia was sure she would die from this torture if it didn’t stop soon or burn up from the fires he had started all together. She put her hand on his head, running her fingers through his long, soft-as-silk hair. “Oh, Mathias, I need you so badly.”

He stopped long enough to look at her. Her face seemed to actually glow. She looked like an angel lying there with her eyes shut, her strawberry blonde hair fanned out across his pillow. He knew she was no angel—no, she was merely a little imp in disguise. He knew he should stop, but God help him, he just couldn’t. She had bewitched him as she’d danced around the room. He didn’t know if he loved her or if it was just lust after being so long without the feel of her tightness grasping him, pulling him deeper. He might have been drinking the last time he’d had her, but he remembered how her body had enveloped him. He wanted to feel that again. He just didn’t care at this moment what his intentions had been on sending her away. He couldn’t stop now even if he wanted to, and God help him—he didn’t want to.

“Be patient with me for a minute,” he whispered as he stood up to remove his own clothing. He finished helping her out of her dress, surprised that it was the only thing she was wearing. She looked so beautiful lying naked on his bed, waiting for him to join her there. He began kissing her from head to toe once more, stopping to lovingly suckle one tight, pink nipple while his thumb caressed the other one into a tight point. Were they bigger than the last time he seen them or felt them? He wasn’t sure. She wasn’t as slim as she’d looked beneath all those clothes when they first arrived in America. Maybe he’d worried about her for nothing when they had been on the ship. She’d just looked so pale, but not now—now her skin had a beautiful rosy glow about it. Moving his hand down to the strawberry blonde mound between her thighs, he began to caress as gentle as a whisper of wind over her.

Mathias raised his head to look up at her. Her eyes were glassy, and her face was flushed. He knew he felt much the same way as she did, and he couldn’t wait to be inside of her much longer either. Slowly he made his way up her body, positioning himself at her opening, looking down at her, seeing her eyes were closed now. “Are you ready for me, sweetheart?” he asked huskily.

Virginia no longer trusted her voice to speak, so she nodded her head in response.

“Then open your eyes and look at me, Gin. I want to see you looking at me when I make love to you.” He waited for her to obey. As she opened her eyes, he slowly slid his throbbing, achy cock into her sleek sheath. She seemed to close tightly around him so perfectly, warm and sensuous. When she moaned throatily, he almost lost what little control he had left. He wanted to make wild, passionate love to her but knew he must take his time, at least this time. The other, harder lovemaking he was craving would come later, for he planned to teach her everything he knew about making love.

When Virginia began to move her hips, trying to bring him closer to her, wanting more of him, it was too much for him. Before he knew it, he sank deeply within her. Putting his hands under her buttocks, grabbing them firmly, he pulled her up closer to him until he was fully imbedded inside of her. Hell with it. He decided the slow lovemaking would have to come later as he began to take her as forcefully as his body craved. He could hear her begin to breathe harder, and he knew she was close to the climax of heaven that was waiting for the both of them as she began to clench around him. He started to move faster and harder, wanting to join her on her trip to heaven, knowing it would be so blissful and only theirs. 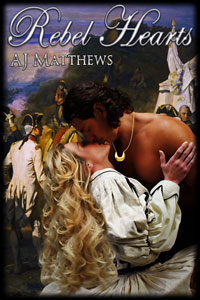