On the run and disguised as a man, Callie Johnson is on her way to inquire about a job at the Coval Ranch outside of Sarasota when she’s caught in a hurricane’s fury. Jasper Collins and Gregorio Valdes see right through her deception but are willing to protect her secret…if she’ll keep theirs.

The two men are lovers, but that’s not all. Jasper mourns the murder of his wife and children, while Goyo hides his true heritage. Callie can’t help but fall in love with them both. When the men make their intentions known, she doesn’t hesitate to become Mrs. Jasper Collins to protect all of them from flying rumors and meddling single women.

Callie can almost forget her past and her vengeful step-father. That’s when a brutal attack forces Jasper to face demons from his past as he sets out to protect their steamy little slice of heaven.

Introducing THE MANLOVE COLLECTION: - Three Men and a Bounty by Gigi Moore (M/M/M)

Heat Rating: Scorching
Word Count: 40,112
120 Ratings (4.5)
Menage a Trois/Quatre Western/Cowboys
In Bookshelf
In Cart
In Wish List
Available formats
Mobi
ePub
HTML
PDF
Cover Art by Les Byerley
Reviews
a very sweet and steamy story with not much altercation between the characters and the bad guy. Recommend to those looking for a light read.
amimikey
Well written book it was a very good read
Jlg29
Read more...
Professional Reviews 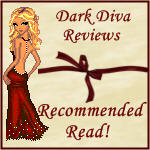 5 DELIGHTFUL DIVAS, RECOMMENDED READ: "This has to be by far the best story I’ve read in this series. I was hoping that Ms. Monroe could live up to what I’d come to expect from this series and she blew me out of the water. The character development and plot had me crying at points, heart racing at others and of course the happily ever after tugged at my heart strings. This is a very well written book and I without a doubt will pick up another of Ms. Monroe’s books to read. Why not? If they have even a tenth of the heat level this book had, I’ll be more than happy. This book had it all. Sexy as sin m/m loving and an even hotter ménage romp. This is definitely a must read for anyone who loves hunky cowboys who know not only how to love each other, but also their lucky lady in an erotic western that’ll make your mouth water with the turn of every page." -- Dakota, Dark Diva Reviews

She felt his stiff member rubbing against her. “Just going for a swim. Then I’m going to wash up. It’s my wedding day, you know.”

Goyo swam up behind them. She enjoyed the feel of his body pressed against her back. “Does your fiancé know you’re swimming with two naked men?” he joked.

She wiggled her backside against him. “Why, I believe he does,” she said, giggling.

Fires raged within her. She knew what passion and pleasure could feel like without them and wondered how much better it would be with one of their hands or better yet, their cocks, between her legs instead of her own fingers.

“I’d better get back to shore,” Jasper hoarsely said.

She clamped her legs around him. “No you don’t,” she warned. “You’re not leaving me out here feelin’ like this.” She wiggled again and felt his cock now rubbing against that sweet spot between her legs.

Jasper moaned. “Baby, don’t do that. I can’t control myself if you do that!”

Goyo’s arms wrapped around her, his hands cupping her breasts. “I think that’s her intent.”

“Dang right it is.” She held on to Jasper’s shoulders and rocked her hips against him. “It feels better than my hand, that’s for sure.” She leaned in and kissed him and felt his flesh pulsate against hers.

“Your first time shouldn’t be in the middle of a spring,” he tried to protest.

“See?” she insisted, nuzzling at his neck. “He agrees with me.”

“I think I still have sand in places no man should have sand,” Goyo grumbled.

“Not helping,” she quipped. “Please?” she whispered against Jasper’s neck. “Make me yours now. I don’t want to wait.”

Jasper let out a low moan as he held her tightly with one arm. He couldn’t resist her plaintive request. With the other hand, he reached between her legs and found her throbbing nub of flesh. She moaned as he stroked it.

Goyo kissed his way across her shoulder. “Lean back against me, baby. Let him show you how good it feels.”

Jasper relinquished her to Goyo even as she kept her legs wrapped around his waist. Supporting her ass with one hand while she floated in the water, he used his other to stroke her clit, rubbing it, making her writhe between them as Goyo kissed her and swallowed every sweet cry she made. Jasper’s greatest fear proved unfounded—that it would remind him too much of painful days, of sweet and long-gone times he could never reclaim. He’d worried he might not be able to give her all of him the way he could Goyo. But his heart decided otherwise. Callie proved so different in mind, body, and soul than his sweet Mary had been, that there were no comparisons to distract him from making love to her with all his heart.

He gently parted her folds with his finger, pressing for entrance. Even in the cool water the lips of her sex felt hot, promising a wild ride once he had his cock planted firmly inside her.

She arched her back as he gently probed her. Then he added a second finger and she moaned again as she rocked her hips against him. “You’re so tight, baby,” he softly said.

He couldn’t hold back. No matter what he’d sworn, how much of a gentleman he’d be, he was only human. He lined up the head of his cock with her sex and gently pressed forward into her silken, hot pussy.

All the Way
Giselle Renarde
In Shelf
$4.99