The Wolves of New Hampshire 2

Deep in the forest, things are getting damp.

Nadia St. John was an ordinary young woman, raised by her aunt and educated at the New England College in New Hampshire before seeking employment at an exclusive country club.

But Nadia’s world is turned upside down when she learns about the local population of wolf shifters, and the fact that her uncle is one of them. So were her long-lost parents, and her brothers.

Events begin to roll along faster than Nadia can process, pulling her into a politically-charged world of conflicted wolf-packs, deadly premonitions and sibling subterfuge.

And is it already too late for her to escape the looming Trials?

Reader Advisory: Warning: This story contains accounts of women surrendering to handsome, naked men in a forest. If you are offended by sex, men, nudity or wolves, this will be a fun read.

The Wolves of New Hampshire 2 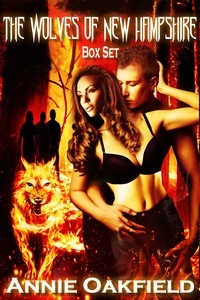 I wiped the sticky tears from my face as my thumping heart slowed reluctantly. My dreams had never, ever been so intense. I’d never experienced such emotional highs as I had on this night. I tried to relax, but my body was buzzing after the memories of sex. I reached down to find myself wet between the legs.

For a moment, I wished I wasn’t alone. But I had only myself and my hands, so I cupped my breast with one hand, and started stroking my slippery lips with the other.

It didn’t take long to raise my orgasm. My body was more than ready for it. I grew steadily wetter, and my clit swelled into hardness as I recalled the dream of being disrobed by the three men in the forest clearing. Oddly, I couldn’t steer the dream. Because I was lying on my back, I tried to imagine the first guy on top of me, but whatever I tried, they always entered me from behind, sliding into me unseen with their companions at my shoulders.

I came, not once but three times, pedaling my heels against the bed as deep, shuddering spasms shook my body, squeezing the air from my lungs in a long wail.

My fingers were slick and sticky against my thighs as I lay panting in the darkness, jerking and shuddering as orgasmic aftershocks rippled through my body.

I lay still for a long while, hoping sleep would claim me. But my body was burning with lust, crying out for the only other thing which could satisfy me—a man. I needed to make love for real. I needed to feel him inside me. Where was Jamie? Why wasn’t he climbing through my window now I needed him?

Instead, my mind conjured up the image of his naked form as he stepped into the room, proudly erect. Within a moment, dream-Jamie had joined me beneath the covers, his hands exploring the heat of my body. I reached for his cock, squeezing the wonderful length which was capable of giving me so much pleasure. He smiled as he climbed between my legs.

With a gentle push, he filled me, sliding deep until I cried out for mercy. He was too much to take all in the first moment, but when he began to stroke, he moved a little deeper each time until his body was against mine and I was filled as deeply as I’d ever been. I raised my legs and used my heels to urge him into me.

His stroking cock brought on another orgasm, one which left me crying out and uttering tight, high-pitched squeak sounds from my throat. He came inside me shortly afterward, driven to orgasm by the intensity of my reaction. His throbbing cock felt incredible, sending shuddering spasms through my torso.

I cried out as he withdrew from me and climbed out of bed. I reached for him, but he was insubstantial as a ghost, as untouchable as my imagination. Groaning, I rolled onto my side and plunged into a slumber as deep as a coma. 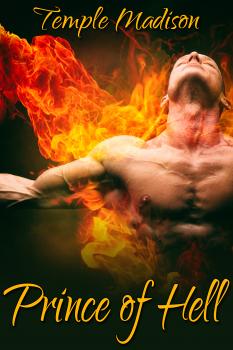