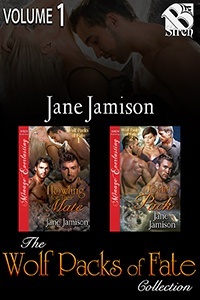 An apple pie and a man telling her she wasn’t fat was her dream come true. Or at least, one of her dreams. Krystal dug in, putting the first delectable bite in her mouth. “Oh, fuck a duck that’s amazing.”

She pressed her fingers over her mouth, swallowed, and then answered. “Sorry. I’m not always the most ladylike girl around. I wasn’t raised with Southern manners.”

“Don’t worry about it. You just be yourself. Still, it’s funny to hear you use that expression.”

“Why, Curt?” She forked in another bite. If she was at home alone, she’d lick the plate once she’d finished.

“Because our mother used to say the same thing.” A sadness filled Dane’s eyes. “And trust me, she was the epitome of a genteel Southern lady.”

“So she’s no longer with you?”

“No. She passed on when Eric and I were just kids.”

“We haven’t heard from him in years. When he wasn’t able to become an alpha—” Dane stopped abruptly.

“An alpha?” She glanced at the other two men who had suddenly become overly interested in poking their forks into their pieces.

“Never mind. He never was a big part of our lives, and he never will be.”

She wanted to ask more, but it was easy to see in the stiffness that had come over Dane that he wasn’t open to answering any other questions about his father. She’d try a different approach to get to know them. “Have you three lived in Fate long?”

Curt took over when it was obvious that Dane had clammed up. “These two were born here, but I was born in Alabama. When I turned sixteen, I got it into my head that I was an adult and didn’t want to listen to either one of my folks.”

She smiled. “Wow. Imagine that. A teenager not wanting to listen to his parents.”

“Yeah, well, my folks weren’t getting along and I was tired of all the fights. Anyway, I hot-footed it to Fate and asked to move in. Their mother—may she rest in peace—took me in and treated me like I was her own.”

“Which was both a good thing and a bad thing.” Eric chuckled. “She didn’t hold back letting him know when he screwed up just like she did with us. Damn, I sure miss her.”

“We all do,” added Dane in a soft voice.

“What about you, boss? Where do you come from?”

“I came to Fate by way of Los Angeles.”

“Yeah. I remember Raven Reynolds saying something about that.”

She almost dropped her fork. “You talked about me with Raven Reynolds, Eric?”

The men chuckled, but it was Dane who answered. “Sure she does. I’m pretty sure almost everyone does by now.”

“Don’t let Raven or her friends intimidate you. They’re very friendly, just like most folks around here,” added Curt.

“I’m sure they are. It’s just that she and her friends seem so…” she searched for the right word, “quiet. Closed-up.”

“They’ve all been through some tough times recently. Just walk up and introduce yourself sometime, boss.”

“Okay. I’ll do that.” She made a promise she would. No more letting her nerves get in the way.

“Go on. So you came here from the City of Angels?” Eric leaned forward, his eyes glittering, encouraging her to keep talking. “Is that where you grew up?”

“Nope. I was born and raised in a little town like this called Root’s End in Indiana. Instead of ranches with horses and cattle, there were mostly farms with wheat and other crops. It was pretty boring.”

“What were you doing in Los Angeles?” asked Curt.

Had she opened up too much? She couldn’t tell them the truth. Not yet. Maybe not ever. “Oh, you know. I did the usual small town girl goes to Hollywood to be a star thing.”

“And ended up being a bartender?”

She couldn’t meet Eric’s gaze, not with telling them a half-truth. “Well, it’s obvious that I didn’t become a star.” Her laugh was strained. “Anyway, I got fed up with all the crowds and the perfect weather and decided to find another small town where I could start over. I remembered a friend of mine talking about having driven through Fate and wondering who the hell would ever live there.”

“So you moved here? After being bored to death in your hometown?”

She averted her gaze from Curt’s curious one this time. Were they catching on? “I sure did. But I’m grown up now, and I like it here.” She glanced up at the old round, metal clock on the kitchen wall. “I hate to call an end to the fun, but I should get going.”

The men got to their feet along with her. Suddenly, she felt shy as the tall, handsome men surrounded her. As a waitress in a strip joint, she’d garnered a lot of attention, but it had never been the good kind of attention. The attention these men gave her was definitely the good kind. The kind she’d like to enjoy for the rest of her life.

Keeping her gaze cast down, she eased past Dane and headed for the front door. “Thank you guys again for everything.” She hurried out of the house and was about to go down the steps when Dane grabbed her hand and pulled her around, making her look at him.

“Stay a little while longer. They won’t fire you for being a little late.”

“Then let us tell you good-bye the right way.”

Before she knew what had happened, he’d pulled her against him, crushing his mouth to hers.

Krystal’s body sang as they played with her. Dane’s mouth and fingers loosened her dark hole. Eric’s mouth, tongue, and teeth tortured her pussy, biting, sucking, whipping around her aching clit. Curt played with her breasts as he moved his hips back and forth, helping her pleasure him.

She let out a cry that flowed over Curt’s cock as Dane slid his cock inside her anus. The quick flash of pain was gone in a few moments, leaving behind it a wonderful friction that met in her abdomen and mixed with the heat in her pussy. Eric clamped onto her legs, pulling her down as he shoved his face against her, eating her like a starving man would eat a feast.

Caressing her cheek, Curt eased his cock away. “Thanks for getting her primed, cousin, but I’ll take it from here.” Jumping off the couch, he grabbed Eric’s leg and jerked him away from her.

“Fuckin’ A, man,” complained Eric. He came up ready to fight, but Curt just laughed and shoved him back.

“See there? She’s begging for me.” Curt chuckled, then took her by the arms and pulled her away from Dane. He sat down then lifted her on top of him. His cock thrust inside her as he lowered her onto his lap.

Her hair danced around her shoulders as Curt pounded into her, bouncing her. Dane kissed her on the shoulder then, positioning his cock at her dark hole again, shoved it inside her. She moaned then took Curt’s hands and covered her breasts with them.

They shoved their cocks into her hard and long. The air thickened with the scent of their sex. As she met Curt’s amber-flecked gaze, the only thing she could do was to hold on to his shoulders and tighten her muscles, holding them in, doing her best to keep them inside her.

With her breath getting pounded out in bursts, she turned to find the other man in her life. “Eric?”

“Don’t worry about me, baby. I’m enjoying the hell out of this.”

As much as Eric wanted his cock inside her, he had to admit that watching his brother and cousin fuck Krystal was almost as good. They’d been exhausted when they’d arrived, but one look at her, one sniff of her sexy scent, had invigorated them.

Damn, but she was amazing. Her body was a work of art, a celebration of the female form. Curves ran into more curves. Hers was a womanly body, not a stick figure with boobs. Her breasts, full and ripe, bounced enticingly with each of Curt’s thrusts. Her ass cheeks jiggled temptingly each time Dane slammed his cock into her asshole. The sounds of their sex filled the room, a slapping wet noise that made him ache to make his own sounds with her.

They’d found their mate. Thanks to fate or Fate or whatever the hell anyone believed in. As far as he was concerned, it no longer mattered. They’d gotten lucky.

He could tell the moment the climax took her. The sudden inhale of breath. The lift of her chin. Her closed eyes looking toward the ceiling. The tremble that ran through her.

If the men who had brought her that orgasm hadn’t come in the next moment, he would’ve taken her away from them anyway. They growled out their releases, Dane pulling out of her as Curt clutched her neck and yanked her parted lips to his mouth.

What would it be like to kiss her as a climax racked her body? Would he be able to taste her muffled cry? Would he feel the tremble of her body?

He couldn’t wait another moment to find out.

Lifting her away from Curt, he brought her to the floor with him. Her eyes, lust-clouded, yet full of emotion, met his as he settled her on her back, spread her legs, and rammed his cock deep inside her warm, wet haven. Her eyes widened, and her lips pouted in a silent mewl. Slamming into her again, and again, and again, he watched as her breasts jiggled. Catching one in his hand, he brought his mouth to hers and kissed her. Deeply. Forever. Waiting.

She puffed short blasts of air into his mouth, but he didn’t let her break the kiss. Instead, his tongue played with hers, tasted the inside of her cheeks. Her body was taking his as he was taking hers, his own release building until he was sure it would burst out of him so hard it would hurt both of them.

He wanted to keep going, to savor their bodies uniting, but, in the end, he had waited too long. As he pounded into her once, then again, his body betrayed him, stiffening as his balls drew up. But he wouldn’t give up the precious kiss.

When she turned her orgasm free, he knew it. The sound of her cry broke into his mouth. Keeping the kiss going, he felt the rush of her breath, the tensing of her body a moment before she exploded.

Together, blissfully, sinfully, they came together, bodies, souls, and climaxes joined. When at last he could stay upright no longer, he fell to her side.

He took her chin and turned her face toward his. Dane and Curt, as intent as he was, watched and waited for her reaction.

She smiled the smile of a temptress who has subdued her conquest. “Anything you want it to mean.”

“What does it mean right now?” he asked, loving the way her mouth moved to form words.

“It means, damn but that was good.”

He smiled back and heard Dane’s and Curt’s chuckles. “Yeah. Fuck a duck.” 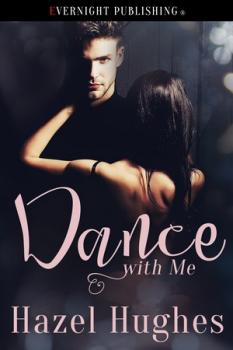 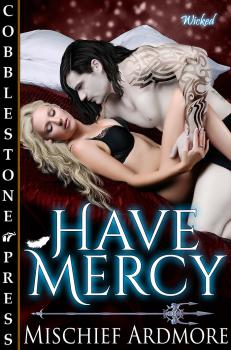 Have Mercy
Mischief Ardmore
In Shelf
$2.99

Her Alphas (MFMM)
Jane Jamison
In Shelf
$4.99
Tweets by
sirenbookstrand