Haydon Cliff Police Detectives Sean Callahan and Andy Mantegna are investigating the second murder of an elderly lady strangled with socks. They really hope they don’t have a serial killer on their hands, because Haydon Cliff hasn’t recovered fully from the homeless serial killer of a few months before.

Soon they begin to connect the killings in a strange way to a weekly bingo game. When more murders occur just as their own personal partnership heats up, they can no longer deny the killer is one and the same for all the victims.

But the killings might be even more sinister than first thought. It’s up to Sean and Andy to figure it out before their detective team is split up just when they don’t want to be parted.

Andy had heard through the grapevine that Sean was bisexual, though Sean had never really confirmed it one way or another, and Andy had never dared ask. When they'd first been partnered, Sean had been dating a woman, though they'd since ended whatever relationship they'd had, and Sean didn't appear to be currently seeing anyone.

The point was, though Andy had a major thing going on for Sean, he had yet to act on it. Well, more than inviting Sean over anyway. There'd been zero indication that his partner had a mutual attraction for Andy besides. In fact, given Sean's dating history, grapevine notwithstanding, Andy suspected Sean was straight. Not that Andy really had much to go on there.

There'd been an occasional smoldering look, but well, Andy figured that was just Sean's natural intensity and he just did it without trying. Sometimes, Andy thought maybe he was being too obtuse. But well, he didn't want to take any chances with mixed signals and offending his partner. It was a work relationship after all.

Not that inviting Sean over had any deeper meaning. They were partners on the force and buddies besides. Or trying to be. But Andy had his share of fantasies, and one of those involved Captain Rivers' reaction to two teams of detectives being involved with each other. He was pretty sure that wouldn't go over well.

Once inside his house, Andy got Sean situated on the couch with a beer, and then perused his freezer in an effort to find something to feed them for dinner. He had steaks, ground beef, and chicken, but in reality, Andy didn't really feel like have any of that. He closed the freezer and turned to the cabinet.

As any good Italian, he did have pasta in there, but as a bad one, he had jarred sauce. He liked it and it was easy. And come to think of it, he had a loaf of garlic bread in his freezer, so why not?

"Sure. That's fine," Sean called back. He had the television on and was flipping through the channels.

Andy put on the water to boil for the pasta, the garlic bread in the oven, and then sauce in a pan, ready to be heated when the rest was closer to being ready.

He grabbed his beer and went out to the living room, flouncing down in a chair next to the couch, with one ear perked to hear the water boiling.

"So." Great beginning, he thought. "I was surprised you came over."

Sean took a long swallow of beer, then eyed Andy. "You asked."

"Yeah. But I've asked before."

"You have?" Sean shrugged. "Don't really remember. You have a nice place here. Beats my tiny apartment."

Andy had grown up in the house. His parents had paid it off years ago. It had been a proud moment for the Mantegnas. He recalled his parents having a big party at the time. It wasn't a big house, just three bedrooms and one bath, but they weren't a large family, Andy having been their only child.

Five years ago, his dad had passed away from a heart attack, and just a year or so later, Andy's mom had succumbed to a particularly bad bout of pneumonia that had put her in the hospital. It was just him now.

He liked the house. It was a simple L-shape and not very imaginative, but there was a pretty big backyard, hard to come by these days with more modern homes, and from the front, if you squinted, you could see the ocean in the distance.

Once, fairly early on in their partnership, Sean had a poker game at the apartment and Andy had been invited. It was tiny all right. Andy wasn't much into poker, honestly, and it had showed, he guessed, because Sean had not invited him again.

Still, the apartment was in one of the newer complexes with an impressive pool and hot tub that was only a couple of blocks off from one of the nicest areas of Haydon Cliff.

"Thinking of moving when the lease is up," Sean said, his gaze returning to the television.

Andy rose to check on the water, and sure enough it was boiling, so he added the spaghetti, turned on the heat under the saucepan, and waited for the pasta to be al dente.

"You want to eat there or come to the table?" he called out.

"The table is fine." Sean spoke from directly behind him.

Sean, the asshole, laughed. "Sorry. Came to ask if you needed help."

"I'm pretty sure I can handle spaghetti and bread."

He smiled and leaned against the fridge. "You're pretty cute all domesticated." 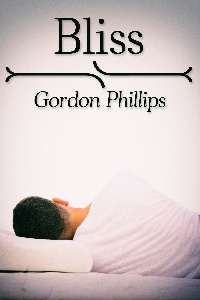