Into his maudlin thoughts walks Adam Wa, Mahiro's best friend and roommate, and someone Chris has known for years, but had never quite gotten to know. Adam seems to know just what Chris is longing for, perhaps because Adam has been longing for Chris himself.

Ever wondered what happened to Adam and Chris after the party in Florentine? Here's your answer. 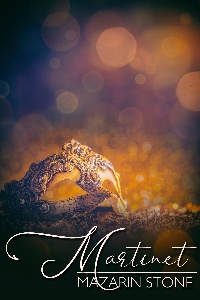 Chris has never, not once, kissed Mahiro Seta on the mouth. Fucked him, yes. Kissed him, no. And with that single glimpse of Alex and Mahiro's intimacy, Chris can feel the tiny match flame of hope he had buried deep inside flicker and die. He waits for that expected wave of jealousy and sorrow to rise up again and overwhelm him, but to his relief all he feels is a passing shadow of regret along with a surge of happiness for his friends.

Perhaps he has matured a little, after all.

He looks back from where Alex disappeared around the corner and finds Adam watching him. His eyes are dark and fathomless, the weight of understanding in that assessing gaze, and Chris can feel the hair rise on his arms in reaction.

"I'm done for the night," Adam says, tugging gently on the laces of Chris's ridiculous boots. "It's only going to get crazier once the demos are over and the liquor comes out. Why don't we get out of here and recharge someplace quieter?"

Chris looks around, at couples broken off and making out in the shadowy corners of the room, friends giggling and laughing and teasing, at connections and bonds that he drifts in an out of like a ghost, neither felt nor missed. It seems happiness didn't find him tonight, either. He looks at Adam's kind smile, and at his hand, outstretched and waiting.

"Absolutely," Chris says, then looks down at himself, at his tiny purple shorts and thigh high boots and winks at Adam. "I'd probably better change first."

Adam smirks, then leans forward, Chris's legs still over his lap, and skims a hand up Chris's thigh, right to the tops of the boots. "That's too bad," he says, then his voice drops to a murmur and he adds, "Because your ass looks delectable when you're wearing those heels." Chris's heart swoops and flutters as Adam untangles himself from the sofa and stands. "I'll meet you by the front door in ten minutes," he says, and walks away, his back straight and proud, long, lean legs encased in slim dark jeans.

Chris shivers, and he's not entirely certain why.