The Men from Nowhere, North Dakota 4

The Men from Nowhere, North Dakota 4

Heat Rating: Sextreme
Word Count: 23,917
5 Ratings (4.0)
Contemporary Menage a Trois/Quatre
In Bookshelf
In Cart
In Wish List
Available formats
HTML
Mobi
ePub
PDF
Cover Art by Harris Channing
Reviews
This was a good book. I just felt she forgave the four men to easy for lying to her all those years. With that said, I sure hope we have more books in this series because the three daughters need to finally meet their fathers and the jerk f a husband needs to be brought down.
rhondavb
Read more...

More From The Men from Nowhere, North Dakota

A low groan escaped her lips as she struggled to move. Concentrate damn it! Focusing on her eyelids, Merry cracked her eyes open.

“Damn!” She slammed her eyes shut against the excruciating pain exploding in her brain from the dim light revealed by her partially opened eyes. Sleep. Maybe I should go back to sleep…

She took a deep breath, content to lay in the dark, in the silence. The dark was comforting though she really hoped the dreams she experienced in her semiconscious state were dreams, not memories, because they were frightening.

The voices started again…Mom, are you okay? Mom, you married him? Mom, where are you? Mom! Mom! Mom!

“The girls,” she whispered, trying to force herself back to the present. “Where are my daughters?”

The thought of her daughters brought Merry abruptly back to the present. She forced her eyes open, grimacing against the pain. Breathe, Merry. She slowly inhaled and exhaled, trying to keep from throwing up. Not only did it hurt to open her eyes, she was nauseated.

Through the slit in her eyes she could tell she was in a bedroom. Hmm. The bedroom was decorated in emerald-green and cream, her favorite colors. As she continued to peruse the room, she noticed a man in army fatigues slouched in the chair.

“Damn, baby,” Steve exclaimed as he bolted out of the chair and rushed to the bedside. He knelt down next to the bed, clasping her hand gently in his. “Thank you, Jesus,” he said as he squeezed her hand.

“Hey,” she said gently. “I didn’t realize you were a praying man.”

“Hell, I prayed to God and I promised my soul to the devil. I thought you were going to die.”

“First, drink.” Steve put his arm around Merry’s back and gently lifted her from her pillow. He held the glass against her lips as she took a small sip.

“Better?” he asked as he placed the glass on the table next to the bed.

Merry considered the question.Better? Hell no! She felt like crap. “Honestly, I feel like crap. Now, explain.”

“First, the girls are safe. They were heading to your mom’s house in Nowhere, North Dakota. I sent them a message in code hoping they would understand you were with me and you were safe.”

“Jeez, babe, what do you remember about Antonio DeMarco?”

“Babe, Antonio DeMarco is your husband.”

Merry opened her eyes and looked at Steve. “Do not mess with me. The only person I might have married in the last twenty years is you. And you never asked.”

Ted tossed Merry over his shoulder in a fireman’s carry as the four men raced down the hall to the kitchen.

“You know, Merry,” Ted said as he placed her on a stool in the kitchen. “The bedroom isn’t the only place we can make love.”

Ted kissed her throat as Rob kissed the nape of her neck.

“Oh,” Merry moaned as hands slipped inside her robe, stroking her thighs, breasts, and the sensitive skin of her back.

Merry moaned in pleasure as four pairs of hands explored her body. Moisture pooled in her pussy in anticipation of what was to come. Who was to come! She grinned at her own thought. She was as bad as Ted.

Ted sat on the stool, faced Merry forward, and lifted her so she straddled his lap. Taking his cock, he guided it into her asshole. Rob held Merry’s waist as she slid onto Ted’s cock. “The full feeling is crazy good, crazy good,” Merry murmured as she slowly descended on Ted’s cock. Rob kissed her as she leaned her back against Ted’s chest. Rob secured her legs on the outside of Ted’s legs, exposing her dripping vagina for penetration.

“I love your pussy.” Rob knelt down between her spread thighs and licked her dripping lips. Then he gently sucked on her clit. Merry moaned as she rocked back and forth on the cock buried in her ass. She linked her legs around Ted’s to secure her position. Rob gave her pussy one last lick before moving out of the way. He moved from her spread legs to her side, leaning down to kiss her with lips wet from her juices. Rob plunged his tongue into her mouth as Steve lined up his cock to enter her pussy.

Steve leaned back and slid his cock into her hot, wet pussy. Her passage was even tighter because Ted’s cock was embedded in her ass. John leaned in and sucked on Merry’s nipple while he gently twisted the other.

Steve grabbed Ted’s shoulders so he could use them for leverage as he thrust into Merry. He sped up his movements, thrusting like a piston.

Rob and John were each kissing the side of Merry’s neck while Ted was kissing her nape. Steve leaned down and gently kissed her lips.

Merry gave him a quick peck to end the kiss. She sighed as John and Rob tugged on her earlobes with their teeth. 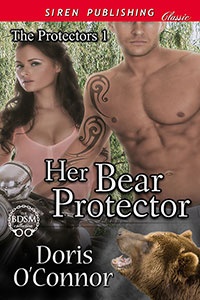 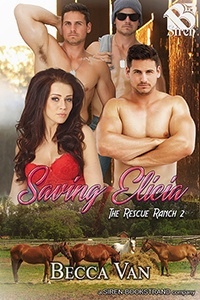