By day they wear business suits and command billion dollar businesses. By night, the suits are gone, and they wear leather.

Ten billionaires, one lethal club with a mission.

Russ is a self-made billionaire. He plays hard, and has helped to form the exclusive Billionaire Bikers MC. They have a mission: to help the victims of human trafficking. When one of those missions puts Anna Little in his path, Russ’s life is changed forever.

Anna witnessed her best friend die, and when she discovers the man who saved her is, in fact, a billionaire, she’s uneasy. She has come from nothing, and believes she is nothing. How can she have a friendship with him?

He’s not a man to lose, in life or business. Russ will have Anna. He will love and protect her. Now, he just has to prove to her they have a future.

The guy in the movie was holding the woman down on the bed and kissing her naked body.

“You’re not a virgin. Surely you know what that feels like.”

“No. I don’t. The guys I’ve been with were not into love, or romance, or helping me get off. They were more, get on, grunt for a few minutes, make a weird sound, and then roll off. God, I hate sex.”

Russ watched as she pouted.

“No. I take my time. I find out what makes a woman tick, and I do everything for her to find release, and then I find my own. It’s an explosion of pleasure at my hands.”

“That sounds so nice,” she said. “I wish I knew what that was like. I’ve tried touching myself to bring myself pleasure, but that was kind of boring. I’m not into that at all. I guess I’m defective.”

This was not the kind of conversation he should be having. Anna was clearly drunk, and he wasn’t in the mood to care. He’d take care of her, and he’d gladly show her how it could be.

“I’m going to go and get another beer,” he said.

Climbing out of his seat, he rested his head against the fridge.

He turned to find that she had followed him.

She took a step toward him, and she didn’t wobble. There was no way that she was that far gone if she could still walk steady. If she wasn’t steady, that meant she was drunk right?

“I want to kiss you right now.” She stepped up close to him, and placed her hands on his chest.

Russ covered her hands with his. “Do you even know what you’re doing right now?” he asked.

If he was a better man, the gentle billionaire, he’d have jumped back, and not touched her. He wasn’t the better man. Russ was a biker, and he was a ruthless billionaire, who did everything in his power to get what he wanted. He wanted Anna, to own and possess her in every single way he could.

Caressing her breasts, he wasn’t surprised by how ripe and full they were. She was perfect, and he slid his thumb over the hardened nipple.

Gripping her arm, he thrust her up against the fridge. All thought of drinking left his mind. There was only one temptation he wanted, and she was in front of him, in his arms, and he wasn’t letting her go.

Sinking his fingers into her hair, he removed the grip that held her hair up. The brown strands were soft against his hand, and he slammed his lips against hers, finally taking that kiss he’d been craving. 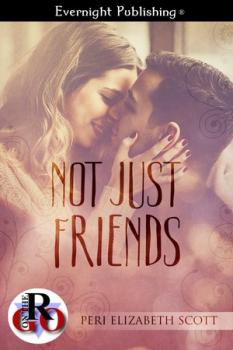 Never Too Late for Love (MMMF)
Tymber Dalton
In Shelf
$3.99
Tweets by
sirenbookstrand