The emperor of Ceonus orders Kallea to create a youth serum…

By order of the emperor, Kallea works on developing the youth serum he requested, but she needs a final vital component that she must find on another world.

Kallea takes her small spaceship to visit the planets the gods have pointed out to search for the flower needed to complete the formula of the youth serum.

When she finally locates the plant on a world called Xonarius, she is hardly prepared for the events that follow her discovery. Or to find a captured dragon far below the surface. 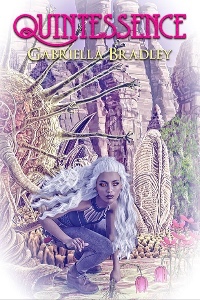 Whispers. Science Officer Kallea Dralando was sure something was hiding in the dark forest. She unclasped the safety on the holster, holding her phaser.

An alien? Or several aliens?

Maybe it was her imagination working overtime.

Before landing on Xonarius, Kallea had done a thorough sensor scan and had not recorded any life signs. There were cities, but the planet and its towns appeared to be devoid of population. Where were they? Had something wiped out the entire civilization? A pandemic of some kind?

She was on a solo mission to find a specific floral plant she needed for the experiment she had been working on for the last four and a half years. It was the final missing ingredient for an anti-aging and longevity serum. Well…she hoped it would be the final element.

When she had consulted with the gods, they had told her about the scarlet-flowered vinurbum plant. But they had not given her its exact location, only that it grew on a small planet not far from Ceonus, her homeworld. They had at least given her a vision of it so she would recognize it, but after visiting eight of a cluster of nine smaller planets, Kallea had yet to find the rare plant. Xonarius was the smallest, last planet on her list, and the farthest from home.

Emperor Donald Christenson had tasked her with the highly classified assignment. Kallea was the best in the field of discovery.

Not long after she had been promoted as head of the Ceonus Institute of Experimental Science and Cybernetic Development, the emperor had summoned her to the palace.

The emperor and empress were human descendants from the Earthlings that had colonized Ceonus centuries ago. With permission of the old king, the colonists had begun the imperial dynasty to rule their own people and had built a palace for their new emperor.

Centuries ago, Ceonus’s young prince, Heth Jilujuan, the third, ascended the throne and became king. He did not want to be a king and had no desire to rule, so he had allowed the human emperor to take over the reign of Ceonus alongside his father, the old king. Heth had attended the space academy and had become a pilot. His main desire was to explore the universe. The people from Earth had been quite happy to temporarily take over Heth’s regime while he was away fulfilling his dreams.

And then the young king, his crew, and his ship had vanished while on a space exploration mission. After his disappearance, no one had protested or stepped up to rule in his stead. The old king and queen were devastated and decided to move to the Valley of Dreams, and humans had reigned ever since. The king’s castle and throne remained empty. The present emperor was the fourth to rule Ceonus.

Earthlings aged quite rapidly compared to the rest of the population. Emperor Christenson was convinced there had to be a way to stop them from getting old…a youth elixir. And he had made it Kallea’s main goal—to develop a serum that would extend his and his mate’s life.

“Dragons live for more than a thousand years. You claim to be immortal. Surely, by analyzing their blood and yours, you can discover the secret to longevity?” he had said. “It is not fair that you all get to live such long lives, and we wither and die before we reach a hundred,” had been his reasoning.

“Your Highness, the gods created many different species to populate the planets in the universe. It is in their hands,” Kallea had explained. “Not everyone on Ceonus is immortal or live as long as the dragons. They were here first. And remember, I am a sorceress and daughter of a goddess, the only one on Ceonus. Because I am a goddess is why I am immortal.”

“Even the other people that are here live much longer than us, at least by a hundred and fifty years or more. Talk to those gods of yours,” was his response.

And she had talked to them. They had chosen to help her and had told her how to create a serum but had warned her that the final product could have devastating side effects. What kind? She had no idea, and they had not said.

They startled Kallea out of her thoughts. She had been searching the forest for more than two hours and was almost ready to give up and head back to Ceonus. The emperor would just have to accept that she could not find the final component.

Look upon the mountains…you must complete the serum. It is vital to Ceonus’ future.

It was the goddess, Trania, who often spoke to her and gave her guidance. Kallea had thought about exploring the mountains that flanked the forest, but they looked forbidding and craggy.

Birds squawked high above, annoyed at the disturbance of their habitat. As she made her way through the thick shrubbery, constantly watching for any sign of the strange, elusive plant she needed, several birds suddenly dove toward her.

They were odd-looking, about the same size as her, with heads resembling those of a dragon, a red crown of feathers on them, long red beaks, and their big round bodies were covered in red and blue feathers. They were actually quite exotically beautiful.

Kallea stood very quietly, wondering if they were dangerous. It seemed as though the birds were seizing her up, inspecting her, as they hovered close. Strange hissing sounds came from their beaks that resembled whispers. Apparently satisfied that she meant them no harm, they shot up toward the purple sky.

“Phew. Glad I didn’t have to harm them. Apparently, they did cause what sounded like whispering,” she muttered as she continued on through the dense trees. 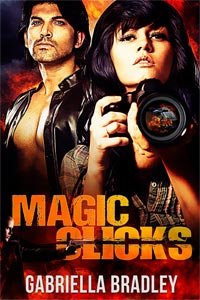