Esta’s undercover mission on Gibos is not exactly what she expects. Sitting behind a screen as an accountant is not her cup of tea. She’d rather be in on sting operations, drug cartels, human trafficking, solving murder cases.

Gibos is a paradise. Her cottage on the beach and the hunk who approaches her on the first day of her assignment makes up for the boring job. Falling in love is not on her agenda, but the irresistible mysterious man she meets on the beach is difficult to resist.

Getting involved with Nick costs her dearly because she cannot get out from beneath the lies. Nick is her soulmate, the love of her life, but there is no way they can ever be together… 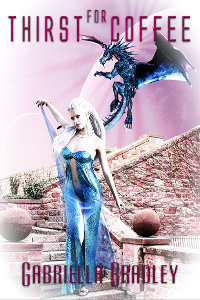 A figure appeared on the beach not far away from her. A man… And he was jogging toward her along the murmuring surf rolling onto the wet sand. Feeling wary, she continued to walk to the cabin until she heard him hail her.

Mm, this man obviously knew who she was but didn’t know her name?

When Esta turned toward him, he had stopped a distance away from her but close enough for a detailed view. And he was ripped. Oh man, was he ever. It had been a long time since she had seen a man this gorgeous, and that had only been in movies. He had long black wavy hair, tanned skin, but like all Gibosians, he had gold markings on his chest, on one arm, and on his face, but none on his legs. He wore white shorts and nothing else. She drew in her breath as he walked toward her and held out his hand.

“Welcome to Gibos. My name is Nicholas Shanarta. Also known as Nick.”

Esta took his hand, and when he gave her a firm handshake, she felt a tremor tingle up her arm. He had fascinating golden eyes with tiny flecks in the irises and sexy as hell sculptured lips.

“You can stop pumping my hand any minute now,” she muttered. “Who are you? Do you work on the plantation?”

He grinned. It was the most endearing grin Esta had ever seen on a man.

“How do you know I am the new accountant?”

He let go of her hand. “I’m sorry. I should not have approached you. Not yet. But I couldn’t help myself. The way you ran out of the ocean, you were like a sea nymph come to life. Please do not mention my name to your employers or that you even laid eyes on me?”

Now that he stood so close, she could see the marking on his chest clearly. It was of a golden dragon.

She forced her gaze back to his face. “But why did you—”

“Please, promise me you will not tell them that you met me.”

Esta hesitated, but looking into his earnest eyes, she knew her promise was important. “Okay, I won’t say anything.”

He grasped her hand again and squeezed it, sending tremors throughout her body. Oh, my betraying blood… Never had a man had such an effect on her.

“Thank you. We will meet again.” He sprinted away and was gone before she knew it.

Curves for Riders
Zoey Thames
In Shelf
$5.99
Tweets by
sirenbookstrand