Undercover agent Adam Johnson and his team are ready to take a much-needed vacation after cracking a difficult case… But when the president himself requests them to take on another unsolved mystery, how can they say no?

A hefty, promised bonus is another incentive to postpone their holiday plans so they take on the case hoping they can crack it fast. Except…fast is not on the agenda for this one.

They are ready to give up when Adam has a lead. But never in their wildest imagination could they have dreamed up where that lead ends up taking them… 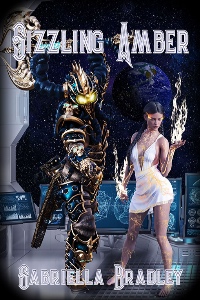 Adam knocked on the door of the director’s office and opened it without waiting. The director was expecting him.

“Agent Johnson. Take a seat.” Director Brunaldi of the Investigation Bureau of Universal Fraud, also known as the IBOUF, peered at Adam over his horn-rimmed glasses. “You did well in finally solving that human trafficking case and bringing it to closure. We have another mission for you.”

“Already? I wouldn’t mind a bit of a break. I’m supposed to be taking my vacation, which is more than overdue. I’ve got about three months of accumulated leave, and I’ve booked a cruise,” Adam grumbled.

Brunaldi frowned. “The president himself has requested you to head this mission. You’re our best undercover operative with a great team. And this is a difficult one, which has stumped the police, the CIA, and other agencies. The Universal Health Organization contacted the president for assistance.”

“The UHO? And this is about what? Illegal trade of medications or something?” Adam queried.

“No. As you know, there has been a huge universal-wide shortage of organs and other body parts for transplant recipients, and the lists grow longer every day. Especially over the last thirty years since the methods have been perfected for transplanting arms, legs, feet, hands, and eyes. In the USA alone, there are over three-quarters of a million people waiting for transplants.” Brunaldi ran a hand over his bald head, grabbing as if he still had a mop of hair.

Adam almost chuckled but kept a straight face. “Yes, and?”

“Organ and body part trade has increased dramatically. So much that it has become a multi-billion-dollar market, driven by too many private individuals, private hospitals, and clinics obtaining their products illegally. Over the last twenty years, the availability of organs and other body parts has increased by seventy-five percent. We don’t know how the increase came about or where the body parts are coming from.”

“Has there been a dramatic increase in missing people and children? Murders?” Adam asked.

“Less than usual, actually. That’s the odd part. The hypothesis is that people are possibly selling their organs and parts of their bodies. A person could sell a piece of their liver, one of their kidneys, or even a lung. After all, we can live with only one of those. But who in their right mind would sell their arms or hands? Their legs or feet? Eyes? Even if offered large compensation, would you give up any of those body parts?”

“Eh…no. But if people are desperate enough, they might. There’s a lot of poverty,” Adam suggested. “They could easily adjust to living with one arm, one leg, even one eye, if given plenty of incentive, like large dollar amounts.”

Brunaldi shook his head. “That’s been thoroughly investigated, but as far as we know, the recipients are not getting their organs and body parts from living donors. This is happening worldwide and on several of the colonies on Terracotia, Zanorko, and a few other planets we’ve colonized. It has become a universal problem. That’s why the UHO has asked us to get involved.”

Adam frowned. “And no one has any leads as to where the body parts are obtained? Who is selling them? Which red market organization?”

“That’s just it. The red market on Earth has dwindled. Whoever this supplier is, has almost put all the other illegal traders out of business. Which has also helped in reducing the number of abductions and murders. In a way, that’s good, of course.

“On the plus side, this new organization is delivering healthy organs and body parts. Whereas previously, it was risky to buy them on the red market because they were often removed from victims under shady conditions. And transplant recipients were operated on in facilities that were not as sterile as they should be, often resulting in death or severe illness. The big question is, where are they getting their product?”

“And you want me and my team to try and figure it out.”

“Yes. I’ve got no leads for you. The other agencies will give you access to their data. That’s a start, at least.” Brunaldi paused and picked up his empty mug. He gazed into it for a minute, then set it down again. “You do realize that this is all highly classified, as always, right?”

“Yes, all our assignments usually are. And you reckon this has been ongoing for about twenty years? How long has the investigation into it been going on?”

Brunaldi shrugged. “It’s always been under investigation, but I believe about sixteen years ago is when they began investigating the sudden availability of so many body parts.”

Adam stood. “I’ll get in contact with the other agencies and check out their intel. I can hardly believe that after sixteen years, they haven’t cracked the case.”

“That’s where you come in. So far, you’ve accomplished what the police and other agencies had given up as impossible. If and when you can solve this one, there’ll be a hefty bonus in it for you and your team. Good luck, Johnson.”

Adam left the office feeling rather disturbed. He’d hoped to have at least a couple of months off and enjoy his much-needed vacation. He’d booked a two-month Caribbean cruise that he really looked forward to. And deep down, he’d also hoped to finally meet his soulmate and fall in love. So far, not one woman had snared his heart. Maybe he was destined to remain a bachelor…

While he drove home, he thought about this new assignment. Where to start? His team would be even less impressed than he was. They had spent the last two years investigating a human trafficking ring and were all in need of a break.

He tapped his comm. “Bob, gather the team. We’ve been assigned a new mission.”

“Fuck that! The wife and I are going on a cruise. It’s booked and—”