In sixty seconds, she would no longer have a brother…

Elsa’s heart was breaking. The brother she loved so much would be executed just after midnight. All she could do was hope and pray that during those last sixty seconds the red phone in the execution chamber would ring granting him a stay of execution… But that would require a miracle… 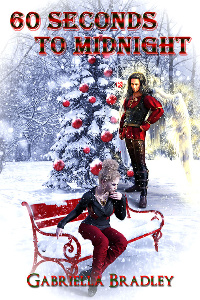 Elsa ran out of the club onto the sidewalk, making her way through the throng of young people waiting to enter. Why had she allowed her friends to convince her to go to the office Christmas party held that evening at the popular nightclub?

To get her mind off what was to happen that night.

It had not worked.

She should be with her parents. But Adam had stricken her name from the list of allowed visitors. He did not want her to be there for his execution.

An execution that should not happen.

Elsa stumbled through the snow. The sidewalk had only been cleared near the club. She cursed her high-heeled boots and shivered. In her rush to leave the partying crowd, she had left her coat and purse behind.

What manner of insanity had made the judicial system decide to set the date of Adam’s execution to just a few days before Christmas? What should be a time of peace and family togetherness had become a nightmare. But hadn’t all the Christmas celebrations been sad ever since Adam’s arrest?

All appeals had failed. Her parents had hired the best lawyers, mortgaging their house to the hilt. She had given them all her savings and moved back in with them. She kept only enough money from her wages to buy a few necessities and pay for gas to get to and from the hospital, where she worked as a nurse.

Almost ten years ago, when Adam was nineteen, the police had arrested him and charged him with the murders of a man and woman. The killer had left their infant daughter unharmed. The couple had a nanny who looked after the baby during the day while they were at work and had installed hidden nanny cams.

The cams had recorded the gruesome crime. Within seconds of viewing the tape, the police had Adam’s picture out and issued an APB. And not long after that, several people had identified her brother, and he had been arrested shortly after.

Elsa and her parents had seen the tape, and there was no denying that the killer was Adam.

But he maintained his innocence. The evening of the crime, he had gone to the library to study. The librarian did not remember seeing him there, so he had no alibi.

Forensics had found no fingerprints or DNA linking Adam to the crime. According to the cameras, the killer had worn gloves and wielded a large kitchen knife belonging to the slain couple. The police had never found the clothes the killer had worn. Neither had they found the stolen jewelry and cash, even though they had turned her parents’ home upside down.

Circumstantial, his lawyer had argued.

But the nanny cams had condemned Adam. The evidence on the tapes was too clear, too damning, and the jury had declared him guilty. He was given the death penalty. And then came the heartbreaking years of denied appeals.

Elsa could not tell any difference between the man on the tape and her brother. The lawyer had her parents and her watch the video over and over to make sure they hadn’t missed anything. His clothes? Hell, she didn’t know all her brother’s clothing. And she had not seen him that evening. And Adam did his own washing, so even her mother couldn’t remember all the clothes he owned or what he had worn that night. Her parents had already gone to bed when Adam came home that evening.

It had begun to snow again. She was near the park and plowed through the snow to the red, snow-covered bench that stood not far from the forest. She grimaced at the tree decorated with huge, red Christmas balls. It grew not far from the forest line. It was a happy little scene for the kids that played in the park during the day. Not far from the bench, someone had created a big snowman, and near it was a nativity scene.

Elsa sank down on the snow-covered bench. The cold penetrated her pants, but she didn’t care. A glance at her watch showed the minutes ticking away. She fingered the special pendant her grandmother had given her long ago. Gran had told her that the stone was precious and was magical. She stroked it for a moment and wished life would go back to the way it used to be.

Her heart felt heavy. Tears burnt to escape. How would her parents be feeling right now? It had to be devastating sitting there helplessly watching your only son be put to death.

There was still hope for clemency, for a last-minute stay of execution—for that red phone to ring… She fingered the cellphone in her pocket, wishing, hoping, praying for it to buzz.

And it probably wouldn’t. Not until it was over. If her mother was even in a state to call her.

Her throat constricted, and she could not stop the flow of tears when she thought of her visit with Adam just a few days ago. He had hugged her so tightly, even though the guard stepped in to pull them apart. Adam had whispered quickly, “I didn’t do it, sis. I swear. I love you.”

Through her tears, she gazed at the illuminated face of her watch. 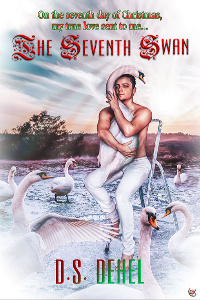 The Seventh Swan
D.S. Dehel
In Shelf
$3.99
Tweets by
sirenbookstrand