Scent of His Prey (MM)

Heat Rating: Scorching
Word Count: 42,599
4 Ratings (4.5)
Fantasy Interracial Paranormal Shape-shifter Romantic Suspense Alternative (M/M, Gay)
[Siren Classic ManLove: Erotic Alternative Fantasy Interracial Paranormal Romantic Suspense, shape-shifter, werewolves, M/M, HEA]
Austen is content with his life even though he has no man to speak of and his sister is the most company he’s been keeping lately. Then, a sexy stranger stops him on the street to ask him out. Hesitant, Austen turns Kieron down, deciding to err on the side of caution.
The first time Kieron saw Austen, he was curious as to why a hired killer would be following him. One look and Kieron is smitten. His cat becomes determined to do two things. One, claim Austen for its own and two, protect him from the other dangers stalking him at all costs. And as that danger gets closer, Austen loses his heart to Kieron against his better judgement.
However, falling in love has never been more romantic or risky, but it’s too late to stop, not that he can hide from Kieron anyway. Once a hunter has the scent of his prey, nothing can alter his course.
Note: This is a reunion book involving characters in previous stories in this series. Because it cannot stand alone, the author assumed you have already read the series.
A Siren Erotic Romance

Scent of His Prey (MM)

By one, Austen was a little worn from helping take-in a truck, step-up some of the new displays, and stock. He was lounging in his office unable to leave in case the associate needed some help on floor.

His stomach growled ferociously and he slouched in his desk chair. A knock on his office door had him making a face and at the same time counting the hours until he got off.

The door pushed open and six-feet-two-inches filled it, a wicker tote in hand. The scent of chicken wafted to him and his cat purred at the thought of actual food. Then, Austen glared.

“What are you doing here? How did you even get up here?” He was on his feet, voice rising with each word. But his body was doing a funny thing.

He was getting hot, and his words came out way too husky.

A slow smile tilted those perfect lips while those beautiful brown eyes slid over him, shamelessly. “Hello to you, too, gorgeous.”

Austen’s brows drew together as he thrust a hand onto his hip. “You sent that jackal to spy on me, you dog? What is up with you? Have a problem hearing now? I’ll go to the police before I let you turn me into some objectified stalker material.”

Kieron laughed and the sound slid over him, inflaming Austen yet intriguing his cat, who sat watching…eager to pounce.

“I brought you lunch from Morning Glory.”

“I go there sometime,” he admitted carefully. “Why though? Did you drug my drink or something?”

Kieron closed the distance, putting the bag on the desk as he held Austen’s gaze.

“When I bite you, I want you more than conscious and cognizant,” he murmured, voice low and intimate as it wound around him to stroke his cock to life. “I want you purring for me, kitten.”

“Now, let’s eat before these sammies get cold.”

“Wash up first,” Austen ordered and pointed to the bathroom that he was lucky enough to have.

The washroom was small but it beat sharing one with customers. He knew there wouldn’t be urine on the floor or a tampon in the trash.

Kieron did as he was bid and Austen went after him, leaning against the door frame to watch. “Why’d you send that jackal?”

“I didn’t send anyone,” he said with a frown as he washed using a pump of the soap from the dispenser.

“Then, how’d you know where I worked?”

Kieron finished washing and dried his hands on a paper towel and tossed it in the can beneath the sink.

“I followed you a few days ago,” Kieron replied. “I saw you in the coffee shop and someone was watching you then. I followed him.”

“If you had, I wouldn’t have been doing my job,” Kieron said evenly. “I wondered why he was watching you, and I’m still not sure.”

“No one’s tried to attack me,” he said and backed up when Kieron started toward him. “Why would someone even be watching me?”

“You’re a good-looking man,” he said, eyes roving over him. “I know why I’m watching.”

“I just told you.” Kieron moved around him and Austen turned and backed toward the washroom. Kieron cocked a brow at him. “If I wanted to hurt you, kitten, I’d have done it a few days ago when you were working late, alone.”

“What do you want then besides to bite me?” he asked and went to wash his hands quickly.

When he came out of the bathroom, Kieron was standing at his desk, smoothing a cloth over it, and Austen stared curiously. What the hell was the guy doing, trying to impress him or something?

“That’s someplace to start but by no means where I want to end things,” Kieron told him as he reached into the bag and removed a container. “Why do you think a jackal would be watching you? Have you dated one in the last year? Worked for one?”

Kieron smirked and Austen growled at him.

“Don’t even go there,” he snapped. “I’ve never wanted a woman in my life.”

“Why?” He crossed his arms over his chest as he stared Kieron down, but the man was unaffected by the chill he was hoping he was giving off. In fact, those chocolate eyes looked intrigued.

“I’d hate to be wasting my time on a man who’s never going to give me a second look,” Kieron replied. “I don’t bother with the bi-curious or straight.”

“Me either,” Austen said quietly and sat down. That had gotten him a heartache that had left his cat confused and his heart broken. He toyed with the end of his hair as he chewed his bottom lip. “What do you want then? To date me?”

“Yeah,” Kieron told him. No smile, just a steady stare filled with hope. “This is where you tell me how things might go.”

Austen held Kieron’s gaze for a long time before looking away. He squirmed in his chair as he released his hair.

The man left him a little wary with his gorgeous eyes and way-too-forward manner.

The next morning Kieron woke before the sun came up, body strung tighter than a guitar string. He knew what Kyle and Bull were capable of in their pursuit of a goal. He’d seen their handiwork and wasn’t looking forward to his mate being part of the carnage they left behind this time.

He tipped his head beneath the hot water of the shower and sighed though none of the tension seeped away. The water felt good sluicing over him, but not as good as Austen’s touch or his sweet kiss.

“Morning, baby,” Austen called from outside the shower.

“I can’t. Your side of the bed is cold and empty, so I thought I’d wash your back instead.”

Kieron chuckled. “That would be better than a sip of coffee.”

Austen pulled back the curtain of the shower stall and climbed in a moment later and rested his hands on Kieron’s hips before rubbing against him and biting his shoulder.

Kieron purred and faced him, gliding his hands down Austen’s sides, his skin soft and cool. Kieron squeezed his hips drawing Austen closer as he lowered his head to claim Austen’s mouth. As their tongues tangled, Austen’s arms went around Kieron’s neck.

Austen moaned as Kieron deepened the kiss, sparking heat in his blood that exploded through his body, warming him instantly. And his cock thickened, pre-cum beading on the tip to mingle with the droplets of water on Kieron’s thigh.

“Kieron,” Austen gasped as Kieron’s mouth left his, and he bent his knees rubbing his thick cock against Austen’s, sending shock waves of arousal speeding through him.

“You feel so good,” Kieron murmured and traced kisses to Austen’s jaw as Austen strained closer, hungry for the contact. “God, I need you.”

Kieron claimed his mouth again, tongue plunging into the dark recesses of Austen’s mouth and plundering like a thief in the night. As the kiss heated, Austen’s hand glided over Kieron’s chest and stroked down to cup Kieron’s cock.

He worked his thumb over the damp head, and Kieron growled and shivered against him.

“Kieron,” he whispered, the kiss drugging him.

Kieron lifted Austen, putting his back against the cool tiles of the shower and Austen gasped and then groaned as sharp teeth grazed his jaw.

He tipped his head to one side giving Kieron better access to his throat, and Kieron ran his tongue down the lean column dip into the hollow at its base.

Austen growled in pleasure taken away by the heady sensations rushing him. “Baby, you’ve got my ass so wet.”

“Does that mean you’re ready for me?” Kieron asked.

Kieron didn’t make him wait. He gripped his cock and guided the bloated head to the entrance of Austen’s ass and pushed into him, taking him in two firm strokes.

Austen hissed as the thick shaft parted tight tissues to lodge deep inside him. The burn faded fast, which was a good thing since Kieron drew almost all the way out and powered back into his ass.

Austen savored the feel of the girth and squeezed around Kieron’s dick.

“Damn, you feel so fucking good, Austen,” Kieron murmured and gripped Austen’s hips and thrust into him setting up a hard rhythm.

Austen tightened his legs around Kieron’s waist, breathing hard as he spiraled out of control. “Fuck me, Kieron.” The man felt so damn good, his cock thick and perfect as it shuttled in and out, shooting him to the cloud of pleasure.

Kieron slammed into him one more time and his seed slicked Kieron’s stomach as the muscles of his ass contracted and drew Kieron deeper inside him making him feel incredibly full. The heated semen rushed into him hot and wet, throwing Austen into another orgasm.

“God,” Kieron, groaned roughly. He trembled and Austen’s head fell forward of its own accord to rest against Kieron’s forehead.

“Incredible,” Austen said softly. “I wish you could hold me.”

“It’s a good thing since you belong to me,” Austen whispered and lightly bit Kieron’s neck. “We still have some hot water left, so we better use it or lose it.”

Kieron pulled free of the tight clasp of Austen’s ass with a groan but didn’t move back. He nuzzled Austen’s neck. “You smell like snow and you’re cool.”

“Perks of being a snow cat.” Austen wrapped his arms around Kieron’s waist. “Think about what we talked about earlier. Don’t say no because you’re afraid for me. Come up with something else, okay?”

“We’ll see.” Kieron kissed him again and stepped away from him to finish his shower. 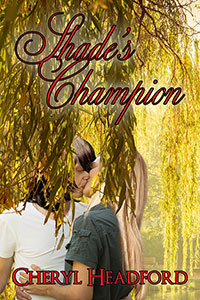