“How is he?” Ralf heard a woman’s voice ask. He turned to his right and saw Duchess Eleanor standing there, eyes filled with anger as she viewed him. She was a beautiful woman in her late twenties, and Peter had told Ralf she was actually eleven years younger than the duke.

Ralf took a deep breath before answering. “He seems better, my lady. His appetite has improved.” The duchess gave a curt nod as she continued to survey Ralf. “He just seems tired.”

“As would we all, if we had demons within our bodies as he does.”

“Demons?” Ralf’s voice cracked as he said the word. His mother once told him that the voices of boys his age often cracked, but that his was taking a little longer than usual to stop. The duchess started walking closer to Ralf, and Ralf took one step back, trying to avoid spilling the contents of the tray he held.

“It doesn’t matter, Ralf,” she said. “So how are you doing? Are you enjoying your service here?”

“Yes, my lady. Very much.” Ralf’s voice was flat as he spoke. He would gladly trade all the wonderful food to be found at Woodstock Palace just to be back among his family. The only person here he would truly miss was Peter, if he was being honest.

“I understand Anne came to your quarters today.”

Ralf froze yet again, and for a moment he felt he might drop the tray he had been so careful to avoid an accident with thus far. His eyes grew wide as he stared back at the duchess. Where was she going with this?

“She came to see us,” he said, trying to find the courage he needed to give an adequate response. “I think she’s lonely since her sisters are on holiday.”

The duchess threw back her head and laughed.

“I’ll cut to the chase, Ralf,” she said with fiery eyes. “I’ve known Peter for ten years, but I only just met you a few months ago. There’s just something very wrong with a fourteen-year-old girl living under the same roof as a twenty-year-old man.” She formed fists at her sides as she spoke, and Ralf had never seen her as angry as she clearly was now, though she also seemed to keep her temper well under control. “You watch your behavior with her, Ralf. You are not her equal, and I won’t have any sort of debauchery going on at Woodstock Palace. I hope I’m clear.”

“Yes, my lady,” Ralf said sheepishly, though he still had no idea what she could possibly be talking about.

“Go clean up,” she ordered coolly, starting to walk away, and Ralf was thankful to God that this discussion was over.

“Yes, my lady,” he said again, making his way down the long hall toward the kitchen. Now he really cursed the day he took this job.

His cock was already hard as he stared forward at the St. Andrew’s Cross, and then he watched in eager anticipation as Peter stood in front of the whips lining the wall, studying them, trying to pick the perfect one to crack against Ralf’s warm, vulnerable flesh.

When he had made his selection, he turned and stared directly into Ralf’s eyes, the tail of that whip snaking down and just barely kissing the floor. Ralf bit his lower lip, as he tended to do whenever he was nervous. The light was so dim, it was almost as if Peter’s form were in silhouette. But the fact that the figure before him was shadowy and difficult to see didn’t take away from its extraordinary beauty, nor did it detract from Ralf’s desire for this man to tie him up and punish him for being the bad boy he truly knew he must be. After all, Peter had said he was, and in Ralf’s mind, Peter was always right.

Peter slowly made his way toward Ralf, who stepped back, but only for a moment. Then Peter led Ralf to the St. Andrew’s Cross, just as he had done earlier that day, and started binding his wrists there. The St. Andrew’s Cross had several straps attached on each side so a tormentor could bind others of many different heights to it. Now Peter seemed a bit more unmerciful with the boy than he had been earlier, bringing Ralf’s hands even higher to the point that the younger servant actually had to stand on his toes to allow this man to bind him at the level he wanted. Soon Peter repeated the process with the other strap. Now Ralf found himself facing forward, breathing heavily, his bare soles exposed as he stood on his toes and waited for his punishment to begin. He was sure that whip would soon crack against his soft flesh, leaving him screaming long into this stormy night.

Peter ran the handle of the whip over the boy’s naked back, drawing figure eights with it as he dragged the handle along his skin. Ralf’s cock was hard once again, and he wondered how much more he could possibly bear before his punishment was to get underway. After all, he really had been a bad boy if Peter said he had.

But that wasn’t it at all! Even if he had been good, he still would have wanted Peter to punish him. He still would have desired to feel the crack of that whip on his bare skin. He longed for that pain, pain that Peter might mercilessly inflict on his warm flesh. He wanted more than anything to please his friend, and if a whipping would do that, then he would happily endure it.

“Do you want this?” Peter asked, his voice almost guttural. Ralf held his breath before responding.

Peter continued running the whip over Ralf’s naked back.

Peter removed the whip and walked to Ralf. He felt the heat of Peter’s breath on his neck, and his cock stirred even more.

“You deserve to be punished, Ralf, but if it’s ever too much, you have to tell me.”

Ralf’s eyes were wide as he continued to stare forward. He never wanted to feel pain more in his life than he did now, and yet his master, of sorts, was giving him an out. But then, what if it really was too much for him?

“If you can’t take it, there are a few safe words. If you say ‘blue,’ I’ll back off for a minute to let you catch your breath.” Ralf turned to see Peter’s gleaming eyes. There was something devilish in them, something naughty and inviting. “If you say ‘red,’ we stop altogether. I’ll untie you, and the play will end for the night.” Peter pressed the handle of the whip into the small of Ralf’s back. “Do you understand that, Ralf? This punishment is for both of us, not just me.”

Ralf bit his lower lip and turned back to face forward.

Peter was silent, but he came away from Ralf, and the younger servant knew his punishment was soon to begin.

A moment later, the handle of the whip moved away from Ralf’s back. He closed his eyes and held his breath, a light layer of sweat now forming all over his body as he waited for his punishment to begin. He was still biting his lower lip, and he did his best to press his toes even deeper into the floor as a way of bracing himself for the glorious pain to come.

The next events seemed to occur in slow motion, as if Ralf were watching from the side rather than experiencing this punishment himself. The first thing he noticed was the whirring sound of the tail of that whip as it raced through the air toward his skin. That sound terrified him, and he knew it would only be a matter of seconds before that lash kissed his flesh, torturing him beyond his mind. Still, his cock was hard at the very thought, as well as the imminent prospect of that punishment to come. 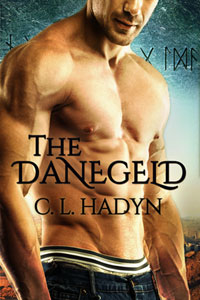