Eli lowered his window as the border agent walked up to the window.

“Evening, mind telling me what the big damn hurry is?”

The border agent’s voice was deep and dark and sent a shiver down Eli’s spine, landing in his rim. It been so long since anyone had caught his interest. Despite it being dusk, there was little light shining down. The officer’s face was cast in shadows, and he couldn’t quite see him clearly.

“Are you now? Does this mean you don’t obey the law?”

“Going ninety?” He smiled and it sent a shiver through Eli’s body. “How about you step outside the vehicle where we can chat. Nice and easy.”

The border agent backed up so that Eli could get out of the car. He was bigger than Eli expected. At five eleven, Eli didn’t consider himself a little guy, but next to this agent he was tiny. The agent was all brawny muscle and probably close to six five.

Their eyes locked. “No.” It was borrowed and perhaps slightly stolen, but he was not about to tell the border agent that. “A friend lent it to me.”

Not really a friend either, but an explanation wasn’t really necessary. Eli could see that he wasn’t buying the bullshit he was shoveling. The border agent’s warm hand slid up the inside of his arm as he led him back to stand in front of his patrol car.

“Put your hands on the hood.”

“Am I under arrest?”

“No. I’m just doing this for my safety.”

Eli glanced over his shoulder, catching a good look at the border agent for the first time. Damn. Dark black hair brushed his forehead. He had gray eyes that lingered on his. He was really good looking. The kind of good looking that made Eli do some really stupid things when he was drinking. Thank goodness he hadn’t been drinking tonight. He was easy and stupid and easily stupid when he was around a hot guy. The border agent’s hands were rough and bit at his skin as they smoothed over his body, snapping him out of his thoughts.

“Any weapons on you?”

Eli closed his eyes as he felt the border agent’s hands move down over his cock and adjust his balls. His rough handling made him think about being a submissive again. He longed to have a Dom take control of his body, but he knew that wasn’t in the cards for him right now. Love had fucked him over and he was being served up with consequences of his ex’s actions.

The border agent looked down at him in a funny way and then merely went on doing his job. “What has you coming to the states?”

The agent nodded but he still didn’t trust him. He pulled out his handcuffs and locked them down on his wrists.

“Hang tight. Do you mind if I search your vehicle?”

Eli leaned against the hood of the car as he watched the border agent methodically go through the BMW. He looked in the seats, compartments, and everything and everywhere things could be hidden. There was a good chance there was probably something in the car. Eli should’ve thought about that before he stole one of the cartel’s vehicles. He was hell bent on getting away from the men who were chasing him that he hadn’t thought clearly about all the possibilities.

His nerve was getting the better of him as he watched the agent move around to pop the trunk. He circled around the back. God he hoped there wasn’t a body in there. He’d been lucky to get through customs in Mexico. There was a good chance that someone had recognized the car and let him through without a search. Eli held his breath and bit his lip as he watched the agent open the trunk. He looked inside and looked back at Eli.

“Mind explaining this to me?”

Eli closed his eyes and as he felt sweat drip down over his back. He did not want to know what was in the trunk of the car. Eli opened his eyes and met those piercing gray eyes again. “No clue. You tell me.”

Something passed between them. It was hard, dark, and seductive. Compassion moved through his eyes. Eli wanted to explore and feel that chemistry again but not here, not like this. “Can you tell me what’s in the trunk of this car?”

“I’m not standing over there. I don’t know what’s in the trunk. How about you tell me,” Eli said.

Eli knew there was a good chance that he was going to be arrested and charged for something he wouldn’t want to be. It was his own damn fault for being in such a fucking hurry and not thinking about his actions. He’d forgotten protocol when he grabbed the car to get away. He should have trusted his handler and used procedure to get out of the country. Now he knew that that was a mistake and there was nothing he could do to go back and fix it. Eli sighed, looking at the border agent who was now staring at him and waiting. He didn’t know what to say or how to get out of this mess. The agent leaned back comfortably against his car and crossed his arms. They stared at each other.

Eli stripped out of his clothes and waded into the cool, crisp water. The heat, dust, and sweat from the ride slipped away. The water was so clean and clear that he could see fish swimming below. He didn’t understand how this natural spring was so lost and beautiful in the heat of Texas but it was. The caverns must have kept the water from evaporating. Eli swam out, loving the feel of the sun kissing his chest. The sun was just starting to bend low in the sky as he looked up at the blue skies above him. Off toward the west, gray clouds were starting to pile onto one another. Rain was on the horizon but it was miles out.

Wes dove into the water and swam toward him. Wes wrapped his arms around him, pulling him in close.

“So I’m now part of your fantasy?” Eli asked.

Their mouths met in a hungry kiss. Eli sighed, loving the feel of Wes’s hands moving all over his body. He loved the feel of his hands smoothing down over his ass cheeks, pulling them apart. He loved it even more when the tips of his fingers played over his rim, rubbing him with raw heat. Wesley broke his lips away, kissing his lips down over his neck.

Eli groaned, arching away and biting his lip. “I love that.”

“I can tell you do. Tonight is all about my fantasy and bringing you along for the ride. This is just the beginning of a very long journey between us.”

Wes slipped his hand down over Eli’s cock. “You are so fucking big. I nearly came when I saw your cock in processing.”

Eli loved the feel of his pulsating prick within Wes’s big hand. He loved arching and pumping his hips up into his touch. Eli groaned, wanting more than Wesley was probably willing to give to him then. Eli knew without a doubt that he wouldn’t take it further. This was all about teasing Eli and bending him to his submission. Just when he thought he was about to come Wes released his cock. It snapped back against his abdomen. Their hard cocks pressed together, pulsating against one another.

Eli reached down, grabbing onto Wes’s thighs, holding him tight. Wes reached between their bodies, gripping both of their cocks within his big hand and stroking them hard. He leaned in close, kissing Eli passionately. When he was so twisted up and begging for more, Wes broke his mouth away. He grabbed Eli’s hand, leading him to the edge of the riverbank.

Eli quickly obeyed, arching his ass out. They were both dripping with water as Wesley smacked his ass hard with his hand. He spanked him, watching the way his balls bounced back and forth. Eli loved the way his heavy dick stomped against his abdomen with each punishing hit of Wesley’s hand. He was so fucking hard that he couldn’t believe it.

Wes pressed his thumb down over his rim. Eli loved the way it stretched and gave around his thumb. He wanted Wes to push his thumb deep within his ass but he knew he shouldn’t yet. Eli knew that Wes was not about to waste this moment on a quick fix and high by shoving his cock deep in his ass. He wanted his Dom to take complete control of the situation and take him over the edge and gently push him over. That was exactly what Eli needed the first time they were together.

Eli knew that once Wes had a taste of him, he wouldn’t back off again. “What are you doing to me?”

“I’m giving you exactly what you wanted. You’re going to be ready for all of it.”

Eli’s arms were shaking from holding himself up and getting spanked so ruthlessly. Just when Eli knew that he was balanced on the edge, Wes pulled his hand away. He stroked his hand down over his balls, giving them a sweet caress. He loved the feel of his cock pulsating within Wes’s hand as he stroked him hard. Eli was desperate for more. He wanted everything with Wes. The possibility of falling for Wes should have frightened him, but it didn’t. Eli knew he wasn’t about to get laid until his Dom was ready to take him there.

Wesley continued to spank him and Eli arched back for more. He loved the feel of Wesley’s thumb pressing against his rim. He wanted it deep within his ass but he knew it wasn’t about to happen. Eli glanced over his shoulder, whimpering for more. Wesley stopped spanking him and his hand moved down over his cock, giving him a punishing milking. Hot juice sprayed over his fingers and hand. His first shot of pre-cum squirted over the tips of his fingers. He couldn’t believe he was starting to orgasm but he stopped at the last second.

Eli groaned as Wesley gripped his dick hard. “You will not come until I give you permission. Do you understand?” 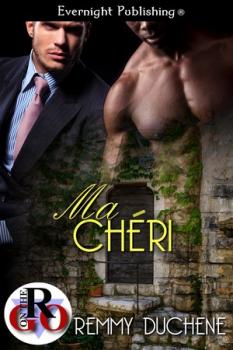 Searching for a Heart (MF)
Tymber Dalton
In Shelf
$4.99
Tweets by
sirenbookstrand