More From Werewolves of Hanson Mall

A couple of mall staff heading home after closing time found a Dumpster overturned out back of the mall, so Berian who was on shift again with Dakota, went to supervise a cleanup crew dealing with that, while Dakota did the standard check of all the stores. She rattled metal gates, tried to turn door handles, and stomped on electronic door openers, making sure everything was still locked up tightly.

“And to think I assumed I had the easy job. This is taking ten times longer than normal,” she grumbled to herself as she peered in yet another window and rattled yet another gate. Of course with two of them, they generally leapfrogged each other from store to store, whereas now she had to do everything herself. “I could be leaning against a wall, watching other people work.”

She was surprised to see Lewis sitting at the reception desk beside Andreas when she got to the gym. They must be becoming really good friends. That’s nice. It’s good Lewis is getting to know people. The door was locked but she swiped it open to say hello.

“Where’s your partner? The person on duty with you?” asked Lewis.

She hid her smile at the way he’d blushed when he said “partner.”

“Berian’s supervising a cleaning crew in the parking lot.”

“I’ll walk around with you,” said Lewis, jumping to his feet.

“I will, too. We’re finished here for the night anyway.” Andreas followed them to the door, turning off the lights and locking the door.

In her security role, Dakota checked the door was properly locked and kept walking around the fourth floor.

The men soon got into the rhythm of her patrol with her, taking turns to check every store as they walked around. But once they were in the stairwell walking between floors she noticed they both pushed her between them as if they expected danger to leap out at them. It was kind of cute, she thought, and so typical of male werewolves who seemed to be genetically predisposed to protect females. Not that she was a wolf. Or perhaps they were even more protective of humans than of wolves.

“There really isn’t any danger here, you know. It’s more that kids planning to cause trouble see the security guards patrolling the mall and go off and do their mischief somewhere else,” she explained.

“Do kids really do that? Go around looking to cause trouble?” asked Lewis.

“Not very many of them, but there’s always a few. We had a group throwing pumpkins off the top level of the parking lot a little while back.” Andreas laughed and even Lewis, who’d been frowning, smiled.

“I agree, it’s a totally harmless thing to do, but squashed pumpkin on the ground is a yucky mess and someone has to clean it up. In that case Maelor caught the kids in the act and he made them scrub the sidewalk themselves. So not dangerous, just annoying.”

Dakota led them around all five levels of the parking lot, and then into the lowest level of the mall again. She sighed as she began checking the windows and doors. Now the men did the checking for her as she walked with them.

“How many times do you do this a night?” asked Andreas.

“After the stores are all closed, usually we get right around the mall in an hour, but since I’ve been by myself I’m a lot slower. That’s why I didn’t walk right around the outside of the mall and through all the external roadways. It’s more important to ensure the inside is secure than that there’s no troublemakers outside. The CCTVs will pick them up anyway when we look through it.”

“You really like your job don’t you?” asked Andreas.

Dakota nodded. “Oh yes I do. I could never just sit at a desk all day. I’d go insane really quickly.”

All the time she was talking she was still looking around her, always alert for that one thing out of place. That was the key with security. The one thing that itched at a guard’s brain or seemed “wrong.” If she kept checking for that she’d always be on top of her job.

“When is your next day off, Dakota?” asked Andreas.

“Huh?” She hadn’t been expecting that question. Basically they’d been talking about the mall and work. Well I suppose that is about work. Sort of.

“We work four days on and one day off, constantly rotating so it always changes. I have tomorrow on this four to midnight shift again and then a day off and I come back to the eight to four shift.”

“Don’t you find all the changes confusing?” asked Lewis.

“At first, maybe, but it’s easy to get used to. These days there’s a lot of people who don’t work Monday to Friday nine-to-five anymore.”

“I guess so. In the mountains every day was the same, but we only ever worked dawn to dusk.”

“Which meant you worked a pretty short day in the middle of winter,” said Andreas.

“And a long one midsummer,” added Dakota.

“So it evens out over the year. I suppose weekends don’t make much difference to you either, Andreas.”

“Sundays are a bit quieter. The usual regulars are there first thing in the morning, and the wolves still tend to come during the day, but there’s not so many middle-of-the-day people coming by. But actually, Dakota, why I was asking about your roster was because Lewis and I were hoping you’d spend your day off with us.”

Dakota stopped dead and stared at them. That was a surprise. She hadn’t expected him to say anything like that.

She heard a zipper opening and looked over her shoulder to see Andreas pulling some things out of a duffle bag. She’d known there were a few other things in the tent and had vaguely assumed they’d include lube and condoms, but the idea of an entire bag full of equipment hadn’t occurred to her. Maybe he had wet washcloths and a towel for them to clean up afterward. Mentally she shrugged off her thoughts and flicked a tongue over Lewis’s nipple. He hissed and she smiled. It was good to know he was as aroused as he was making her feel.

And then Andreas’s finger slid into her ass. It was cold and slippery so she guessed it was coated with gel, but damn it felt so good in there.

“No, it’s because the man didn’t do it right. Tonight you will have an intense climax we promise you that,” said Andreas.

Dakota looked over her shoulder at him kneeling behind her and reached back, gripping his cock in her hand. “Aren’t you being just a little cocky?” she asked, stroking him from tip to root firmly.

Andreas gasped. “When your hand is there you can call me any name you want.”

She laughed and turned around to Lewis. She cupped his balls and rolled them, waiting until he closed his eyes and lips in pleasure.

They both had very nice cocks and she was pleased to see them up close and undressed. Later she’d suck them both but right now she was content to wait for Andreas to open her and make her ready. She was already highly aroused and more than ready to take the relationship to the next level.

Gradually Andreas inserted a second finger in her ass until she was pushing back on him, desperately needing more. “Enough preparation, I need to fuck,” she complained.

Andreas passed Lewis a condom and Dakota sat up on one elbow to watch as he sheathed himself. His cock was hugely engorged, the head red with need, but he still entered her slowly and carefully, pushing her swollen, wet entry wide to let himself in, then wiggling his way deep into her cunt until his balls were pressed hard against her hot, needy flesh.

Andreas tucked one leg underneath both her and Lewis, then lifted her top leg up and placed his upper leg beneath it. Once he was ready, he pushed his cock at her back door until he popped through her tight muscle entry and he rocked his way deeper inside her. Farther and farther he pushed into her until he, too, was pressed hard against her skin. Inside, her cunt and ass were stretched wide. There was pressure, stretching, and fullness, but no pain. Also there was an intense desire for action. “Come on, don’t keep me waiting,” she urged them.

“You’re a demanding and bossy woman aren’t you?” teased Andreas.

She slammed back hard on his cock, which he’d wiggled a little way out of her. “Yes,” she said.

They all laughed and then, finally, the men got themselves organized into a rhythm to fuck her. They both pulled out a little way, then pushed back in, before withdrawing almost all the way and thrusting back in together. Gradually their strokes became smooth and lyrical, the rhythm oddly soothing yet at the same time it demanded more and aroused her higher.

Soon Dakota couldn’t think or speak anymore. She pushed back on Andreas, then pressed forward on Lewis, trying to get the fullest penetration, yet never seeming to be in the right place at the right time for maximum effect. Then Lewis grasped her hips holding her still, and Andreas placed his hands over Lewis’s and they rammed into her together fast and hard, blowing her mind with their power and performance. Dakota wrapped her arms around Lewis’s neck and simply held on for the ride, which was quickly becoming better than a roller coaster.

Even though the door had never been zipped closed, the tent was full of the smell of men and sex, the air noticeably warmer than when they’d first lain down. Dakota was aware of both men sweating profusely, and her own body slippery with perspiration, too, hers and theirs. But the main focus of her mind was her need to come. Her breasts were full, and her nipples were tight, aching little points. The climax was coiled tight in her core, and her ass and cunt were full with thickly delicious cocks, but she still hadn’t come.

Wickedly she waited until both cocks were deep inside her and then she gripped them both as hard as she could manage with all her internal muscles. Both men groaned loudly but the intense extra sensation of fullness was wonderful.

Lewis and Andreas pulled out of her together, then slammed into her full force. 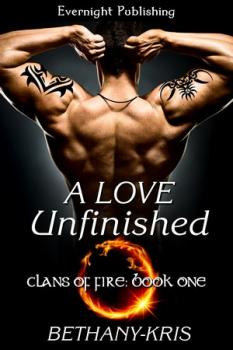