This stuff only happens in romance novels... After a chance meeting on a crowded tram, Sandy has cause to re-evaluate several things.

1) It is perfectly possible to lust after a stranger. 2) It isn’t only fictional heroines who need to carry spare panties. 3) A man’s voice really can almost make you climax in public. 4) Great sex does exist. 5) Being a doctor can complicate things.

When her chance encounter turns up in her surgery, there is only one thing for it. Grab said hunk and the sex on offer with both hands and don’t let go. Alistair isn’t a patient after all … and what two consenting adults get up to in their spare time can’t be love—or can it? 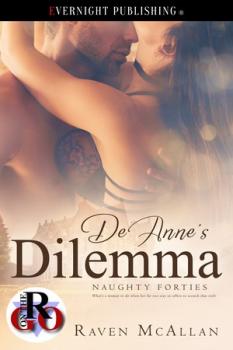 He chuckled. “I wish. For tonight though, as I can’t do everything I want to you, we’ll try this.” He knelt on the floor, then put my legs over his shoulders and his mouth on my clit.

I saw stars, lost the ability to talk and explain where the condoms were if he needed them, and sank into the sensation of being eaten out by a master.

What he could do with his tongue and teeth. He licked, laved, sucked, and nipped. I lapped it all up.

My skin prickled, breath quickened, and my head thrashed from side to side. Oh God, I was so bloody close. I couldn’t hold back, but how could I come when I wanted him inside me first?

He pinched my nipples hard, bit my clit, not too hard, and that was it.

He got his scream, and I got my first ever gushing climax.

I have no idea how long it took me to come ‘round. I might have even passed out. I couldn’t swear one way or the other.

When I finally sighed and opened my eyes we were side by side on the bed with his head on the pillows and mine on his chest.

He played with my hair, and I gave into temptation to tease the whorls of hair on his chest, winding them around my fingers and giving them a slight tug.

He reciprocated by tugging on mine—head hair, not chest hair—so I had to look up at him.

“I’m the one that’s honored,” I replied. “I’ve never ever been that way before. I do think though I need to return the favor. Can I go down on you?”

I didn’t wait for an answer. Well unless you considered the “hell yeah” mutter I heard as I slid down his body until my cheek rested on his stomach as a negative. I chose not to. After all, “hell yeah” was most definitely not “hell no”.

I took his cock in my hands and was rewarded with a twitch and several drops of pre-cum that appeared in the slit and slid down the head in a graceful arc.

His skin was like silk with a hard core of iron. That’s another thing I’ve read and now appreciate. Help, I was getting all poetic, but yes, it was the perfect analogy. And it was all for me.

I had to taste him. Experience every nuance as he fucked my mouth. I wanted it all. I crawled onto my knees and pushed his legs open so I could get up close.

First thing was to get him to a level I wanted, so I put my hands under his ass until he lifted it a little and I angled him so his prick was in the right position for what I intended. Then I shoved some bunched up covers under him to keep him there. Then, oh my, I took the end of his cock into my mouth and licked some of his salty pre-cum.

He groaned again, and his hands tightened on my hair. That slight frisson of pain only added to my arousal. Damned if I might not hump his leg at the same time as sucking him off. Instead I pinched his nipples as I changed my attention on his cock from a lick to a nibble and then put it into my mouth and sucked.

I’ll make no apology to say it was like enjoying a hot ice pole. An oxymoron maybe but you’ll get my gist.

I was in heaven. Sex-filled ecstasy. He writhed, I sucked, he tugged on my hair, and without taking my mouth away from that one area I was giving almost my total attention, I moved so his leg was under my cunt.

I hoped he’d understand, but I had to come with him. Nothing else. I needed him to spill and for me to do the same.

At the same time.

Luckily, he seemed to realize what was hoped for because he stroked my ass, squeezed it, and pushed his thigh harder against me.

His nipples were tiny, sharp nubs between my fingertips, his cock so hard I wondered how he stood it.

He stiffened, shuddered, and pulled ever stronger on my hair.

I sucked as hard as I could, scared he was going to pull out. I wanted to milk him dry.

He gave one of those deep, guttural man screams as hot, sticky, salty semen filled my mouth.

I soaked his leg as I came even harder than before.

This time I knew I passed out. The little death certainly hadn’t been little. If I got like this after oral, heaven help me when—and please God it was when—we had full on, fuck like rabbits, cock in cunt sex. 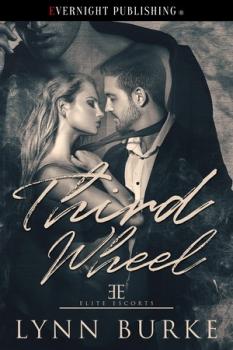