He could be her best worst decision…

With a glass of wine in hand, Jane Keegan’s finger is poised to delete the account her pushy BFF created for her on “The Cowboys” escort service website. Sure, she’s lonely, but not desperate. Then an image of sky-blue eyes and warm, tanned muscles jumps off the screen. And she finds herself hitting the “Book Now” button.

After all, why not? She’s a free, divorced woman on business in San Antonio. There’s nothing to lose…except her nerve. Especially when Mr. Tall Dark And Incredibly Sexy meets her at a River Walk bar—and his only-for-you smile turns her insides into a quivering mass of second thoughts.

Ryan Zeigler is enduring one last escort assignment as a favor before hanging up his Cowboys hat to run his own restaurant. Yet there’s something about the pretty New Yorker’s vulnerable grin and I’ve-got-baggage eyes that halts his usual dating M.O. in its tracks.

When Ryan sweetens the deal—no strings, no payment expected—Jane the good girl takes the bold step of letting her vixen out to play. But when it’s time to go home, her heart is at a crossroads. Is Ryan the real deal? Or is she letting yet another man take her heart for a ride? 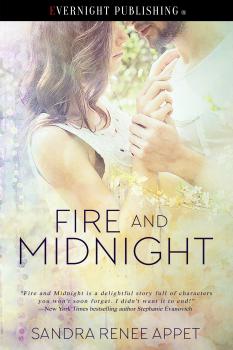 Ryan eased her body against his car. Warmth from the metal of the door seeped through her thin skirt, doing nothing to cool down her heated skin. “You’re sexy, intelligent, and a hell of a lot of fun, and it’s taking every ounce of self-control for me to not kiss you, right here and now,” he said, his voice low and silky.

The air slipped from Jane’s lungs. She searched his face, wondering if he meant the words as a joke. She tried to look away, but his body was so close to hers that he dominated her field of vision, from the white shirt stretched over his broad shoulder, with a smattering of dark hair peeking from his unbuttoned collar, to his stubbled jaw and his full lips.

God, those lips. She needed him to kiss her more than she needed to draw a fresh breath of air into her lungs. But what if she wasn’t good at it? She hadn’t kissed any man other than Nick in … how long? Almost twenty years?

“Querida.” He hooked his thumb under her chin, challenging her to meet his gaze.

“I love when you say that,” she whispered.

“Querida,” he repeated slower and trailed his fingers up her cheek and threaded them through her hair to the nape of her neck, pulling her closer.

“It’s just…” Truth seemed to be her only option. “This is embarrassing to admit, but I haven’t kissed anyone else in a very long time.”

“And it’ll be easy for you to do, especially with those lips.” The palm of his free hand cupped her face, and he traced her bottom lip with his thumb. “Like I said, I’ve wanted to kiss you all night. Actually, all day and all night.”

Everything became dark as Ryan leaned in closer. His intoxicating scent overpowered Jane’s senses as his lips brushed hers, feather-soft, as if he was testing her. She opened her mouth just a little as a slow heat blanketed her body.

“Just like a bicycle,” he repeated and reclaimed her lips.

As if they knew exactly where to go, her hands snaked around his back, locking her body into his embrace. She whimpered into his mouth as his tongue began a leisurely exploration of her mouth.

Holy crap. Not only had it been a long time since she kissed someone else, it had been a very long time, maybe never, since someone had kissed her like that.

After a minute, Ryan pulled away but kept his hand on her chin. “Well, was it?” he murmured.

Jane’s eyes were still closed as she savored the kiss. “Was it what?” she asked, wishing time would stop so that they could remain leaning against his car on this quiet street forever.

She smiled. “I’m not sure. I think you’d better try it again so I can take off the training wheels.”