Heat Rating: Steamy
Word Count: 30,943
1 Ratings (5.0)
Science Fiction Futuristic
[Bookstrand Futuristic Sci-Fi Romance, HEA]
Corina Blaze, Earthling and second-in-command of the mighty starship, The Dread Moon, attends a masquerade party and decides to experiment with one of the compelling and enigmatic alien males there. When she later finds out that the man she’s experienced the most amazing intimate encounter of her life with is actually her mission leader, Captain Junner, she’s mortified, and tension between them grows as they head to the Ice World, Zekurea, to collect a mysterious dragon beast for research purposes.
However, the situation turns grave when Captain Junner is incapacitated and Corina is forced to take charge of the ship. Unfortunately she soon makes a critical choice that jeopardizes the success of the entire mission and alienates her from Captain Junner. If only she could locate the lost treasure that he mysteriously can’t remember, before they arrive back at Alliance Headquarters—the precious gift that has the power to reverse the failure of the mission and change everything.
A BookStrand Mainstream Romance

“Wake up, wake up, my pretty.” She moaned softly, and her lips parted in a dreamy half smile. He had a sudden desire to kiss them again and cursed her for her inexplicable sorcery.

“Umph. Mysterious temptress, return to life.” He shook her gently. “You’ve made more trouble for me than you could possibly imagine.”

“Trouble?” She mouthed the word as if she were stuck in a dream. Then her eyes opened, and he was swept away into their incredible green depths for a micro-eternity. Holy dragon scales, she had him wrapped up in some inescapable spell.

“Cut that out!” He growled at her to ward off her mysterious charm. It had to be her exotic alien eyes that bewitched him. Only dragons had green eyes in this sector of the galaxy, not people.

“Cut what out?” she whispered. Suddenly she appeared to remember where she was, and she struggled to an upright position. “Oh! Captain Junner!” Her hand fluttered to her chest like a panicked butterfly.

“Yes. And who are you?” There was a sharp snap to his voice now. He needed to find out who she was. She glared at him suddenly as if he was some predator about to wound her—as if she considered how to dodge a strike. He frowned. As if he would ever hurt a female. She was deluded if she thought he might do her any harm.

“Well?” He cupped her chin in his fingers, but not in any kind or soft way as he’d done before. He could mind-tap her if she didn’t cooperate. In fact, he deliberately dropped rain-like tingles over her head as a reminder of his power and influence. This seemed to shake her back to reality. She grimaced and leaned away from him.

“Stop it!” She hissed and squirmed, but he didn’t stop. He looked in her head and saw how terribly afraid of him she was. And she was horrified they’d just had sex. Mortified actually. Regret and remorse practically oozed out of her. Why?

“B–b–b–b.” She babbled, and then her eyes brimmed and shimmered with tears. He experienced a spurt of guilt that he’d terrorized her, but it was overwhelmed by the wariness and suspicion he felt. What did she hide? He could yank her secret right out of her head, but it’d leave her sick for a while, and he didn’t want to accidentally give her one of his own memories in the process. That was occasionally a possibility, and the less this creature knew about his private life, the better.

“B–b–because.” She shook and sobbed. He steeled himself against any sympathy she might rouse in him.

“Because what!” He raised his voice just loud enough to scare her. Great dragons, his mother and sisters would have his balls in a vise right now if they could see what he did to this frail Earth woman. He took an unsteady breath and despised himself a little as he tightened his grip on her jaw slightly. Why couldn’t she just answer his question and put him out of his misery? A Xephon woman would have capitulated by now. Why were these aliens so stubborn and uncooperative?

“Because I’m C–C–Corina Blaze!” Tears rolled over the deep brown fringe of her lower lashes and tracked down her cheeks like two pitiful miniature rivers. He hardened his heart and rolled her name around in his head. Wasn’t his second-in-command called Corina Blaze? It couldn’t be this woman though. She was much too young.

“But you’re not the Corina Blaze that’s my second-in-command. Are you her daughter?”

“I don’t have any kids!” She squirmed furiously and managed to escape his grip, then she hissed like a cornered jaquindi. “And I bloody well am the Corina Blaze that’s second-in-command of this ship! And if I’d had any clue about who you were, I wouldn’t have touched you!” She glowered at him, and her green eyes sparkled like the sequins on her discarded mask.

He roared an expletive in Xephon and then buried his head in his hands. This had gone from bad to worse. He raised his head and looked to her face again. She had a mutinous set to her mouth and a raw hostility within her eyes which was as far removed from the heated looks she’d given him on the bed a short while ago as planet Xephon was from planet Earth. Eh, why did he try to convince himself she’d seduced him? He’d been just as much to blame as she had when he’d sneaked into that party in disguise and then decided to experiment with the first female that winked at him. He should’ve known better.

“You said you were a massage therapist!”

“You said you repaired the shuttles!” Her voice was shrill and accusatory. “Captain!” She shouted, and there was a whole lot of sarcasm in it too, he decided. Probably because she knew just as well as he did that there was no such thing as a shuttle repair worker on a ship this big. His engineers fixed The Dread Moon if something went wrong away from base, and the shuttles were sent planet-side for repairs when they returned there. He needed to end this debacle right now.

“Nobody knows this happened except you and me, and it’ll stay that way. Do you understand? If you don’t, I’ll just snatch the memory right out of your head, right here and now.” 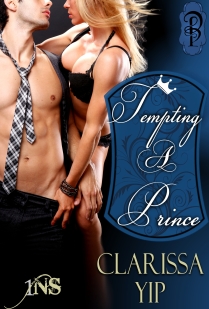