Dillon Vancil loves two things. The first is being a bartender on the Vegas strip and the second is his sexy boyfriend, Liron. Fortunately, he doesn’t have to choose between the two because he works in Liron’s gay nightclub, Dionysus.

Liron has been alive for three hundred years, ever since he was turned into a vampire. Although he’s had lovers through the centuries, no one has touched his heart until Dillon. But sharing that he’s undead might be too much for a human to believe, so Liron hides his true identity.

But when Dillon is taken in revenge by one of Liron’s oldest enemies, it is time he tells his lover the truth…before it’s too late.

The bedroom consisted of a huge, personalized bed with black silk sheets. There weren’t any windows but the entire ceiling held mirrors. There were notches on the bedposts where restraining bands could be placed when the mood for kink washed over them. Two large walk-in closets held clothes and shoes, but the bedroom was built only for pleasure.

“You are going to be spanked,” Liron told him as he backed him into the bedroom.

“Why am I getting spanked?”

“For reminding me about you and Oliver.”

“There was never a me and Oliver.”

Liron’s eyes narrowed as he pulled Dillon flush against his body. He kicked the bedroom door shut. “You’re mine, Dillon. And I’m yours.”

Dillon snaked his arms around Liron’s neck. “You better believe it.”

He pulled Liron’s head down to his and kissed him. Their tongues entwined and Dillon felt a thousand butterflies erupt in his belly. It was always like this with Liron, this electric shock that lit up his body like the Fourth of July. Within seconds he was lost in Liron’s drugging kiss, so when Liron abruptly ended it and stepped back, Dillon could only stare incomprehensively.

“You’re still getting spanked,” Liron whispered as his hands slid down Dillon’s hips, working the button and zipper. Dillon stood there as his jeans were pushed down to tangle around his ankles. Then Liron sat down on the bed and dragged him face down upon his knees. “Count, Dillon.” 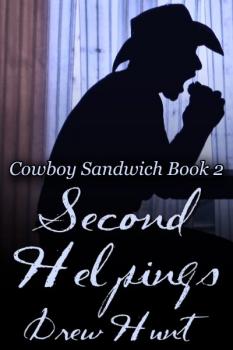 The Medic Finds His Home (MM)
Bellann Summer
In Shelf
$4.50
Tweets by
sirenbookstrand