Romantically bruised exorcist Shane Palin is called to assist a beleaguered young man, Joshua Reynolds, who is haunted by a violent spirit. Shane is immediately drawn to the unnerved Joshua, but is plagued by his disastrous history of selecting lovers, and foundering self-confidence.

Adding to his emotional tumult is the dashing, ghostly Forrest "Gene" Davis, who, with each encounter, leaves Shane's magic flaring and his internal compass pointing directly south. Shane wishes for a new start with a new man, but to choose Joshua would be to banish the ghostly Gene from the world of the living forever.

As Shane struggles to decide who owns his affections, he discovers one of these lovers has brought darkness into his life, and may be seeking to lay claim to more than just his heart.

Heat Rating: Sextreme
Word Count: 22,769
1 Ratings (5.0)
Paranormal Alternative (M/M, Gay)
In Bookshelf
In Cart
In Wish List
Available formats
Mobi
ePub
HTML
PDF
Cover Art by Harris Channing
Reviews
This story was not quite what I expected, but in a good way.
Lifelike characters (even the dead ones) coupled with a twisting, dark, and occasionally humorous plot, make for a great quick read. The sex scenes were hot as hell, too!
I look forward to seeing what Ms Laurent releases next.

His cell rang out from the kitchen. Shane stalked toward the sound. Leave it to Rex to play a nasty joke and then call to see how it went over. He could almost envision the catty smirk etched across that divine face. Fury and desire battled inside him.

“Is this Mr. Shane Palin?” The voice at the other end was male, young, and—

A new wave of desire surged through Shane, enough to nearly buckle his knees. His heart thudded in his chest. Shane held the phone away from his ear and tried to catch his breath. Whoever the voice belonged to, he was being haunted by something serious enough to make itself apparent over the phone.

Demon blood ran in Shane’s family, but it was so far removed its lingering traces often skipped multiple generations. When it did surface, it was usually in the male family members and tended to make itself known as a tiny vestigial tail—a harmless bit easily snipped off at the same time the doc was handling the trim job up front. But sometimes it manifested more strongly, carrying into a fresh generation as ESP, telekinesis, or in Shane’s case, extremely heightened senses, all six of them. While he’d always had extraordinary eyesight, hearing, and sense of smell, the ability to connect with ghostly presences hadn’t manifested itself until he reached puberty. Somehow—he wasn’t sure if it was part of the demon package or if he was just a weirdo—his talent tied itself in with his budding sexuality. He didn’t understand the long of it, but the short explanation he had resigned to live with was that ghostly activity, or any man in close contact with such occurrences, got his rocks off. His cleansing earlier in the evening had been, he was ashamed to admit, a sort of foreplay for him. It was why once he had rid himself of the ghost’s discarded energy as it dissipated he had been so ready for Rex and so angry his occasional lover had decided to once again be an asshole.

“I’m sorry.” The voice brought Shane back from his mental wanderings. “How can I help you?” He already knew, of course, but it wouldn’t be polite to say such things to a stranger, especially one who was probably spooked to begin with.

“My name is Joshua Reynolds, and I think I might need your help.” Darkness clung to Joshua’s airy voice like Spanish moss. It tugged at Shane’s groin, making it throb in time to his heartbeat. He raised the internal defenses he had long ago built up, and the intensity eased.

“Its welcomeness in your house has come to an end?”

“Give me your address and we’ll set up a time to deal with it.”

“The two are not mutually exclusive, you know,” Gene said. “Life is a buffet of choices. Sex is no different. One can enjoy the mundane and the perverse, dominance and submission, all in the same lifetime, with the same partner. You don’t always have to be the one on your knees.”

Shane trembled at hearing his deepest desires voiced. Michael’s version of sex had been intermittent, perfunctory, and predictable, and Shane had to walk on eggshells for days beforehand in order to even hope for it. As with everything involving the end of his relationship with Michael, Shane reacted impulsively and sought the exact opposite of his former partner. T was everything Shane asked for, yet his dissatisfaction only mounted in the four months they saw one another. It was becoming clear Shane wanted it all, to be brutalized and revered, to have the kinkiest sex possible and to simply lay back and be made love to. His conflicting emotions frustrated him to the point he felt he might explode. Staring down at the beautiful ghost kneeling between his knees, his most present and intense desire became as clear as a tropical sky. He wanted to once again feel what he had—using Michael and T as the perfect tools—denied himself for so long.

“Ah”—Gene smiled—“the first lesson is for you to order, not ask. Say what you want.”

“Take off your shirt.” It was more of a suggestion than a masterful command. Shane’s dick had grown hard at the notion of dominating such a strong man, but he didn’t know if he could do it, his urge to please was so deeply ingrained. But for the sake of the magnificent, impossible creature kneeling in front of him, he would do anything. “The shirt and tie, take them off, slowly.”

Gene obeyed, his face solemn but his eyes alight with excitement. His fingers loosened the tie and each cufflink, then glided down the buttons, inch by inch revealing a hard chest softened by a cloud of silken chest hair that tapered down to a point just above his thickly muscled stomach. When the last bit of fabric had been eased from his waistband, he slid the garments from his shoulders.

“Your pants, then back on your knees.” Shane’s confidence built as Gene obeyed without question, standing in a fluid sweep, puddling his pants and underwear at his ankles, and then stepping out of them, even as he dipped back to his knees. Shane’s eyes remained fixed on Gene’s cock, a triumph of length and girth, even as his internal awareness tunneled in on the throbbing of his own rigid dick. Gene laced his fingers behind his head as he knelt, giving Shane full view of his enthusiasm. Shane popped open his fly and pulled out his cock. “Suck it.”

Shane slid lower in his seat, jutting his hips forward. His head was on a direct level with Gene’s, ensuring a good view. Gene leaned forward and took the head of Shane’s dick in his mouth. He teased the tip with his tongue, working around the ridges, tickling and drawing, pulling it with his lips into full engorgement. Shane moaned and seized a handful of Gene’s hair, too full of desire to long contemplate the unbelievable nature of relationship he was fostering, and pushed his ghostly partner’s head down further on his cock. Gene complied, opening his mouth wide and taking Shane’s cock inside.

“Deeper,” Shane ordered. He gave Gene’s cheek a light, experimental slap. When Gene only sucked harder, he slapped again. “Take me into your throat.” Warmth enveloped his cock as Gene bore down on it with eager obedience, taking its fullness deep inside his mouth. Warm moisture dripped from the bottom of Shane’s shaft onto his balls, and he gave Gene another slap. “You spit on my sac. Clean it up.” Gene flashed him a quick, indiscernible glance as he pulled back, sucking hard at his cock the entire length, only releasing when the tip was just about to fall from his lips. He caught Shane’s dick with one hand and lifted it out of the way, squeezing gently, and dipped his head down. Gene stroked his tongue along Shane’s balls, licking and kissing first one and then the other. He worked his mouth around the soft, lightly haired flesh, opening it wide to take inside Shane’s entire sack. He pulled at it gently, rolling his balls in his mouth while his hand worked at Shane’s cock.

Shane groaned in pleasure and arched into Gene’s ministrations. 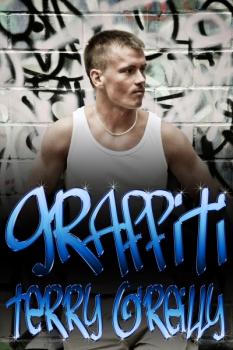 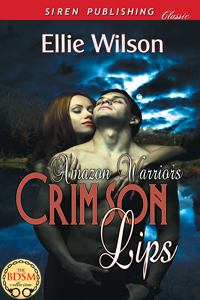 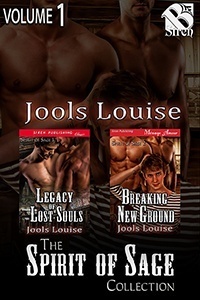