The Betterment of Mankind (MF)

A meteor hits Earth, killing almost everyone. Jaylee awakes on a spaceship with Lanic, who is an alien from the planet Tinol. He explains that pieces of the meteor also killed the plant life and the females on his world. Lanic has chosen Jaylee for his "desired."

It takes two months to travel back to his planet, and they find that they are not only compatible but fall in love.

After settling in on Tinol, Jaylee is almost killed by a woman with a grudge, but Lanic and her pet dworn save her life. When she learns that her would-be assassin used an ancient law forbidding homosexuality to blackmail someone into helping her, Jaylee petitions the four high-ranking elders to change the law.

Her success is the catalyst for Jaylee’s mission to improve the lives of other Earth women on Tinol and the entire Tinolian civilization. Her final quest is to help Lanic achieve his dream of becoming an ambassador who travels to other planets to help them.

The Betterment of Mankind (MF)

“Are we still gathering for dinner in the park tomorrow night?” asked Betsy. “Glint taught me how to make a delicious stew with sangi roots.”

“Thank you for warning me. Just so all of you know, please let me know if something has sangi root in it. I am as I am, because I am allergic to it.”

Imp howled from the doorway, terrifying the women in the room. He raced across the floor to run up Jaylee’s body, chattering loudly in her ear, the frantic nature of his voice terrifying her. “What is wrong, baby?”

Imp ran down her arm, spinning on her hand and running back up to her shoulder. He licked her cheek and then twisted his head to kiss her lips. “Is something wrong with Lanic?”

Imp’s eyes widened and he bounced his head up and down. “Put your tablets on the charging plates, please. I have to go.” Without waiting for a reply, Jaylee grabbed her pack and ran out the door.

She rushed down the central road, knowing that as she got closer to home, she would have to walk by the park and then the gardens. There might be others around, but there was also a good chance that she would be alone on the path. Lanic would normally be with her, but tonight as she neared the park, the hairs on her neck began to prickle. She slowed, looking around and seeing only a few couples at the far end of the grassy area. The gardens ahead were dimmed with nighttime lights, telling her that no one was working or picking produce. She shifted her pack, opening the buckle closure and taking out her swasha. With a flick of her wrist, the folded sharpened metal flashed open, the medium-length blade extending from the palm of her hand like an addition to her arm. Jaylee turned her attention to Imp. “I want you to listen to me. If I am attacked, I want you to remain silent and run! Go to the first person you can find and give them this.” Jaylee slipped the amulet off her neck, the moon and star symbol signifying that she was an astrologist. Her name and Lanic’s were engraved on the back. She handed it to Imp and the dworn grasped it tightly in his fingers. His eyes were wide as he leaned and licked her cheek, wrapping his arms tightly around her neck. Jaylee kissed him on the nose. “I would prefer if you rode on my ankle for the rest of the way home.” With a mournful whimper, Imp climbed down her body, taking a seat upon the top of her foot. The fabric of her pants was soft and loosely woven so it was easy for him to hold onto. Her pace quickened as she walked between the second set of gardens, the shadowy darkness of the path ahead sending her warning sensors into overload. Fear tried to override her desire to get to Lanic, and she considered turning around and going to find a protector, but the time to do so might also cause Lanic’s death if he was in real trouble. She had taken self-defense classes on Earth, and Lanic had trained her on the ship to fight with a swasha as well as hand-to-hand combat. She also had her ankle blade if she needed it, but Jaylee hoped that she was getting nervous for nothing as she passed the second garden and strode back into the living district. Most of the inhabitants of the many compartments were already settled down for the night, but there was a good chance someone would be outside. Her pace quickened with the thought that she was only minutes from home, and she was just about to flip the swasha closed when she heard the muffled sound of footsteps behind her. She turned, keeping the blade tight to her thigh. Pain flashed in the side of her head and she brought her arm up, slicing through flesh and bone as she hit her attacker midway through his second swing of the bat-like yotaga. The man screamed, his hand falling away from his body, still clinging to the hardened wood. Jaylee reached up, touching the side of her head and blinking against the onset of dizziness. Her left eye was twitching, the side of her jaw spiking with bolts of pain. Her cheek was broken as surely as the man before her had collapsed on the ground, white fluid pumping from his severed hand. She heard a sound and spun, the blade half raised in case it wasn’t an enemy. Dana howled as she launched her body at Jaylee, the metal raking instrument in her hand catching Jaylee in the shoulder as she turned. The fork-like spikes drove into the muscle, scraping against the bone and causing her left arm to go limp. She brought her right hand around, still holding the blade, and swung it in an arch as she pushed Dana away from her with her bent knee. The blade sunk deep into Dana’s side, careening off Dana’s hipbone and lodging under her rib cage. Jaylee tried to pull the swasha free, but she no longer had the strength to do so. She went down to her knees, the world around her graying out as she saw a third person running toward her. Her head swayed and then dropped backward, sending her sprawling onto her back.

Jaylee sat up, crossing her legs to keep her balance. “Can we?”

A smile bloomed on her face as she nodded and Lanic chuckled. He slid his pants off, displaying the outer knob which covered his dick before he peeled back the skin so Jaylee could see the screw within. It looked thicker than the one on the screen, and she giggled nervously. “Do you do foreplay? I really like foreplay.”

“Do you need foreplay at the moment? I don’t.”

“Yes. To enlarge myself when I am not aroused is possible, but painful. I would relate it to me trying to stretch one of your nipples to make it larger.”

She wiggled uncomfortably at the thought, watching with interest as the cock grew in his hand.

“Will it hurt your outer skin if I collide with it during mating?” asked Lanic.

“This could be very interesting. Slide back.”

Jaylee repositioned herself on the lounger. She was intrigued and just the idea of having his rotating dick within her was causing her pussy to twitch with anticipation. She has waited for so long for this to happen and now it finally was. Lanic smiled and leaned to kiss her, his tongue floating over her lips before he entered her parted lips with his tongue. The embrace was slightly more demanding than usual, his chest feeling abnormally warm against her skin. His palms drifted down her sides, and he lifted her legs, leaning forward as the pointed tip of his oddly shaped dick poked at the ring of her cunt. Her muscles twitched slightly, the unusual feel of the organ twisting against her G-spot sending her soaring toward climax. The sensation was amazing. His dick pushed on the inner muscles of her pussy, but didn’t have the solid feel of a human man. Jaylee had the sense that instead, the inside of her pussy was being caressed by a fluctuating wave of hard flesh. In some places it created pressure, but at the same time, her pussy skin was drawn into the spaces between the spirals of his dick. It also seemed to pulse with an electrical current like tiny tendrils of that caressed her inner nerves. Lanic shifted and his dick drilled deeper into her muscles, pushing and flexing inside like an intense inner springy massage.

Jaylee was panting for air, whimpers of pure enjoyment leaking from her throat as heated spasms of sensation tightened and waned within. Her whimpers grew louder, turning into cries of delight as her hips thrust upward.

All movement stopped and Lanic pushed back her hair, gazing into her eyes. “Am I hurting you?”

“No.” His dick remained buried within her, but it was oddly still. “I am used to up and down, not what you are doing. You can stop the movement just like that?”

“I make the muscles twist, just as I can wiggle a finger. Does the motion feel bad?”

“Just the opposite. It feels too good.” A wave of rippled heat rolled through his dick, pulsating alternating nerves within her muscles. “Oh, I have died and gone to heaven.”

Lanic smiled at her comment. He tried to shift his hips up and down as he had seen in the video, but the motion was unnatural. With a sudden curiosity as to how deep the cavern was, he filled her. His dick extended farther, delving into the depths of her extremely moist heat. Jaylee seem to enjoy the twisting motion and he continued it, alternating between fast and slow. She was reacting in a way far more intense than his investigation had indicated. Her eyes were fluttering between open and closed, the sounds leaking from her open mouth bordering on the cries of a panicked animal. The inside of her cunt felt wonderful. The skin was soft and flowing with fluid. The muscles were twitching around him, grasping at him, and enticing him as his desired had never done. He leaned his mouth to her breasts, sucking upon the nipples, and listening to her moan louder. Her hands were upon his back, her fingers digging into her skin.

Lanic shifted upward to kiss her, and the most unexpected thing happened. Jaylee’s body clamped around his, the inner muscles grabbing and releasing as she howled. It was a wondrous reaction that caused him to freeze inside her to enjoy it. Lanic had an overwhelming urge to make it happen again and again. 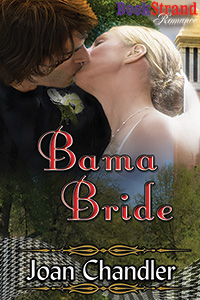