Alaric Patterson is a powerful man, but he has just lost the most important deal of his life to his long term rival. Alaric is tired of fighting, so he comes up with a plan. His enemy has a daughter, a very plain woman. Alaric is going to find her, make her fall in love with him, and then he’s going to break her.

Bella Reed works at a veterinary practice, and when an older man brings in a cute pup, she does whatever she can to help. Still, she’s a little taken aback when that same man wants to take her out on a date.

Before long she has accepted a date, and then another, and another. Little by little, Alaric gets to know the woman he intended to hurt, and he can’t do it. He’s falling in love with her, and Bella is falling for him.

But—he has lied to her. She doesn’t know his real name or the truth, and there’s nothing he can do about it. He’s stuck.

The moment Bella discovers the truth, she is heartbroken. The first man she truly loved has betrayed her. It takes an unlikely source to show her that sometimes love is about second chances, about forgiving, and about never living a moment filled with regret.

“You shouldn’t say that,” she said.

This didn’t happen to women like her. Men never tried to take anything from her.

“Actually, how about this?”

Before she could react, his lips slammed down on hers, silencing any other protest from her. The hand on her cheek moved to the back of her neck, and she gasped. Blue took the advantage by sliding his tongue into her mouth. Placing her hands onto his chest, she went to push him away, but why? His fingers sank into her hair, holding her in place, and Bella kissed him back with a passion that surprised her.

“You taste so good,” he said, muttering the words against her lips.

In all of her life she had never kissed a stranger. Never wanted to.

Her pussy was slick and her tits so hard.

Need consumed her, and she wondered if her friend Rebecca had been right. She really needed to get laid.

“Is that what you want to do?” he asked. The hand in her hair moved down her body to cup her ass. “There are a lot of other things we can do.”

Temptation was an ugly, ugly thing.

She hadn’t been with a guy in over three years. The last one she had dumped when she’d found him screwing one of his friends in her apartment. The bed with all the covers had been dumped, and a new one delivered the same day. She had expected him to be cheating, and since then, she focused on other things in her life, her job at the veterinary practice being the main one.

Throwing herself into work had been the easiest for her.

Blue teased the edge of her dress.

“I’m going to make this easier for you,” he said.

He pressed her up against the kitchen counter, and in one swift move had her sitting right on the edge. No thought came from her as his hand slid up the inside of her thigh, touching her pussy. 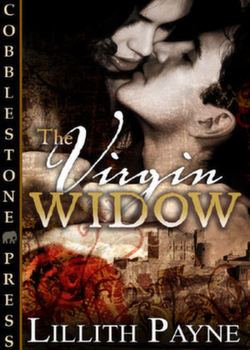