A special entity upsets most of the entities that are in charge of the worlds in the Federation who are a bit greedy and play the politics game too heavily. That entity is in the form of two men, twins who are born on a very rich world and joined to form one mind that can take over whatever they want. However, what makes the final connection for the Twinned Dessnue—perhaps a small female cop from a small blue planet far away?

Sure it is scary and exciting to find out as an Earth girl that she is a slave to a pair of special twins born out in the Universe. Twins that can change everything with their powers. But hello, it turns out they need her in order to achieve their full powers. Love is strange when it is times two. And the question is still who owns whom?

For Lorelei, life is interesting as a police officer in a small town until the call comes in that a flying saucer is landing at the local water bottling plant. She’s sure someone was drinking too much, and it probably wasn’t water—until she and her partner get to the location.

She learns so much—space travel, legitimate assassins, and two men who can talk to each other telepathically. Only there is more. There is love, lust and something that draws her to the two identical men called the Twinned Dessnue, Two men who everyone else is frightened of except her.

What she wants is close contact—real close, as she wears the bracelet that proves she belongs to them. 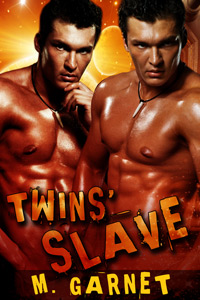 The Threads of Targent are a source of great power found in their natural state on only one planet, GigasVnee. They can be artificially produced, but the synthetic threads don’t have the same capacity. They also cost way too much in effort and time to manufacture.

On a satellite far away from GigasVnee, an unofficial, but secretive meeting was being held. At least, it was as secret as it could be with all the servants, bodyguards, and second-in-commands present to assist the special authorities who attended. Sometimes, when you wanted a change, you had to take a chance.

The fifteen men and women already seated in the impressive room looked at the three men dressed in black who entered from the side. These three didn’t look like they belonged in this room. The room was a golden box, adorned with multi-colored, jewel-encrusted drapes and hangings. The group who were sitting was also dressed in expensive, jewel-bedecked clothes, and each one seemed to be trying to outshine the other. There were crowns, there were ribbons marking distinctions from the governments of various worlds. Yet most of those governments and worlds wouldn’t have approved of this meeting, at least not openly.

The newest entrants wore no jewels, no colors, just weapons on leather belts. The first of the new entrants sat down at the table, looking at the faces around him. There was a mixture of races because this group represented many places, many unhappy governments, but the goal was the same for all of them.

He spoke in a voice pitched to carry around the table for everyone to hear. “You have asked us to join you in what you call a joint operation to try to take over the government of GigasVnee. Why would we be interested in joining a bunch of losers like you overdressed, tasteless morons?”

The two other men stood behind him, their hands on their weapons.

There were gasps of shock from around the table. Suddenly someone was clapping. The sharp slap of two hands coming together brought the eyes of everyone to a large, dark skinned man sitting to one side.

“Excellent entrance, Prime Assassin Misrot. Speaking as an overdressed, tasteless ex-citizen of GigasVnee, I see that for all your bluster, the richness of that planet has drawn your attention. Whoever controls that planet controls the natural Threads of Targent. The natural Threads are better than any manufactured threads that scientists have made. We all know you are interested or you wouldn’t be here. Now, the discussion is open on what is the first step to taking over that little planet.”

Misrot looked at the large man who was bold enough to speak to him. “Well, you are the brave one at this table, but that planet has produced, after a thousand years, another set of Twinned Dissnue. Their Council was smart enough to put them in charge. Who wants to face them?”

Another at the table, made brave by knowledge, spoke. “Misrot, you are behind the times. One of the twins is in the Federated Military, assigned to backwater outposts as the Commander of a Federated Ship. He is so many light years away from his home planet and his twin brother that they don’t even communicate. The other twin is buried in a science hall on one of the moons of GigasVnee. They are being kept apart. Want to start over again, or do you want to help with the plans?”

Another spoke, “As long as they are apart, they don’t have the power.”

Misrot chuckled in an evil way as he added, “Yes, keep them apart or hope that if they get together, there is no catalyst that joins them. I’m not sure I believe the old tales of the power of the Twinned Dissnue that we hear passed down, but such stories give the common people something to fight for. If you really want to go after this planet, we need to make sure no one believes that the two men can really be that strong. I think the first thing is to get some spies on the planet. We then need to watch carefully before we make a step we will regret. 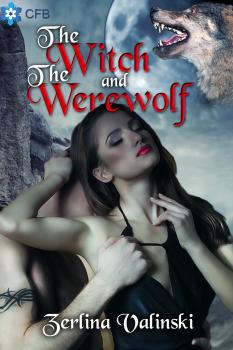