Knights of the Temple 2

A war has been waged on Earth for millennia, good and evil fight for the very souls existing there. The Illuminati spread chaos, assisting in evil’s cause, profiting from the death and destruction. Gaia chooses not to stand idly by, so she saves a handful of Templar Knights to be her protectors, to help keep the balance level.

Matthias and Nicolas are hardened warriors on a mission to bring down their foe when specially engineered bullets stop them in their tracks. They’re left for dead and brought to the ER, where their special regeneration causes an eyebrow to lift.

Britt has always had a special power she’s hidden from the world. She’s been imbued with a talent for healing others. When two hulking men come into her ER with gunshot wounds, she finds their wounds perplexing, but she’s thrown for a loop when touching them makes her gift go haywire.

Knights of the Temple 2

More From Knights of the Temple

Two Knights of Indulgence (MFM)
Alexandra O’Hurley
In Shelf
$3.99
All Books In Cart
All Books In Bookshelf
Excerpt

“Evil? I didn’t know evil was a disease that could be treated medically. I must have missed that class in college.”

A smile toyed with the edges of his lips, but it appeared he was able to beat it into submission. “Not a disease, but an entity within. In the case of men like him, of course.”

“And what do you mean by that? Men like what?”

Nicolas hesitated and then smiled. “I think you have enough to digest for now.”

He turned from her and walked toward the door, escaping through the frame before she found her footing. She wasn’t going to let him walk out on their conversation. She had too many questions she demanded answers for. As she slipped through the door, her gaze met Matthias’ and she froze. His gaze leisurely roamed over her body, to her frozen toes and back up to her face. Britt felt heat flush through her at his scrutiny and the hint of lust she saw in his gaze.

Anger rippled through her with her reaction. She wasn’t sure why she felt so attracted to two men who had ripped her from her normal life and stowed her away in some obscure cabin in the middle of nowhere.

Nicolas moved to sit at the table with Matthias, and she stormed up to the scarred wooden top. “Men like what, Nicolas?”

“If I told you, I don’t know if you’d believe me,” Nicolas muttered.

“Immortals. The man in the hall was an immortal— as are Matthias and I.” 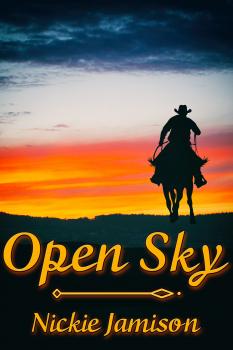