Seung followed her down the hall past some of the smaller offices to Duck-Young’s office. Lacey opened the door and entered. “We haven’t had time to clean or remove any of your father’s things yet.”

Seung walked around looking. He ran his finger along the desk and then finally walked over to a window and looked out. “This will do nicely. I remember there being ducks in the pond across the street.”

“They’re still there. Duck-Young used to say they were his brothers.”

“Yes. It’s still a little hard to face the fact he won’t be sitting behind that desk again.”

Seung turned to face her. “I will try my best to work hard with you, Lacey.”

Lacey? He was twelve-years-old the last time he was in this office. He called her Noona then. “Thank you. When are you scheduled to go back to the United States?”

“I had planned to return tomorrow, but I’ve cancelled the reservation. I need to find some place to stay.”

“What about with your mother?”

Seung’s expression darkened. “That is impossible.”

Lacey chuckled. “I understand.” She walked over to the desk, opened a drawer and took out a key. She handed it to him. “It’s to Duck’s corporate apartment. It’s yours now.” Their fingers touched. Lacey felt warm all over. Seung’s fingers were soft and gentle. “Would you care to see it?”

“I have a car waiting,” Seung said, not rushing to remove his fingers which were working their way around her hand.

Seung removed his fingers. “Okay. I’ll wait for you.”

Lacey slowly walked from the room. Seung continued to watch her leave. What the hell’s the matter with me? He’s a child. Her erogenous zones begged to differ. They were all tingling and twitching at the same time.

Lacey hurried to her office, changed her shoes and got her purse. She stopped by Kari’s office to let her know where she was going.

“Are you leaving so soon?” Kari asked.

“I’m taking Seung over to Duck-Young’s corporate apartment.” She tried to keep her voice normal.

Seung was still taller than her after she put on her heels. “What were they feeding you in the United States? When you left here I was taller than you.”

“I eat my vegetables,” Seung said, escorting her out of the office.

A white limousine and chauffer waited at the curb for them. Lacey slid inside first and Seung followed. Lacey gave the driver the address. She sat back in the seat. “I don’t know what shape the apartment is in, but you should be comfortable.” She paused. “Shouldn’t we stop by your mother’s home to pick up your things?”

“That won’t be necessary,” Seung said. “I brought everything with me.”

“Okay,” Lacey said. She didn’t blame him. She didn’t think she could stay in a house with Chin-Sun either.

The conversation stalled between them, but she was very conscious of the young man next to her. He reminded her lot of Duck-Young when she first met him.

The driver pulled up to the high-rise apartment building where both she and Duck-Young lived. The driver got out and opened the door for them. Seung grabbed a suitcase, a suit bag and a small travel bag from behind one of the seats.

Lacey led the way into the building.

“Do you still live here too?”

“Yes,” Lacey said. How does he remember? “It’s close to work and perfect for single people.”

Lacey nodded. “Although I have been told on several occasions that I’m married to my job.” The elevator arrived and they stepped inside. “Your apartment is on the tenth floor.”

“Mine is on the ninth floor,” Lacey answered. Hers was right below his.

The elevator opened on the tenth floor and they stepped out. There were only two executive apartments on both floors.

“This one is yours,” Lacey told him.

Seung used the key she’d given him and opened the door.

Lacey didn’t know as she stepped through the door that her life was about to change.

Seung lifted her chin again and looked deeply into her eyes. “I know what I’m doing.” He kissed her again and this time his tongue slid between her lips.

“Seung, honey, what did they teach in you in the United States?”

He never answered her. He just backed her toward her bedroom. Seung shucked out his jacket, shirt and tie as they stepped into the room.

Lacey’s gaze automatically went to his chest. Where had those muscles come from? Ooh, damn. What am I thinking? She couldn’t blame it on the liquor. I’m stone-cold sober now.

Seung reached out and began unbuttoning her blouse, exposing the red, front-locking, push-up bra. He had it off her before she had a chance to stop him.

“I never dreamed in a million years you’d look this beautiful unclothed.” He touched one of her nipples.

Lacey moaned. She worked her ass off at the gym when she could escape the office most evenings. She was pretty proud of her womanly curves. Nothing had gone south yet even though she was forty.

Seung squeezed the nipple between his fingers.

“Ooh, damn,” Lacey moaned again. Her body warmed all over. Kari was right. She couldn’t remember the last time she had sex. Her closest guess would be about three years ago. The more money she earned the less she trusted men to like her for herself and not her bank account.

Seung’s lips replaced his fingers on her breast. Lacey didn’t know what to do. She knew being with him like this was wrong. But it felt so right. She reached down and ran her fingers through his jet black hair. It was as soft as she remembered.

Seung cupped her other breast. Lacey sucked in air. Her breasts were so sensitive.

Seung stopped sucking and sat her on the bed. He went down on his knees and slid the thong down her hips and off her feet. “I like a woman who’s not afraid to go Brazilian.”

She always kept her bush clipped year round.

Seung spread her thighs and gazed down. “Yummy, pretty as a picture.” He lowered his head and kissed her on her mound and then ran his finger along her clitoris.

Lacey shuddered as he worked the finger in and around, coaxing her wetness to form. His tongue entered her pussy.

Lacey gasped loudly and pretty much gave up after that. She would have to beg Duck-Young’s forgiveness later. She spread her legs and gave him access.

Seung didn’t even give her a chance to get comfortable. He switched from his tongue to his fingers and then back to his tongue, eating her expertly and sensually until she felt a familiar throbbing inside her cunt.

“Damn,” she uttered as the orgasm overtook her. She just lay there panting as he continued to lap and nibble away at her throbbing clit. He rose triumphantly several seconds later, unloosening his belt and getting out of his pants.

Lacey came up on her elbows and watched as he folded his pants and placed them on a chair. He had his back to her. Lacey licked her lips. Her baby did have a nice behind. She slid off the bed, grabbed the briefs by the waistband and slid them down.

Seung slipped his feet out of them.

“Turn around and face me,” Lacey ordered.

Seung turned around slowly to tease her.

“Oh my goodness!” Seung was built like a horse. All the stereotypes just flew out of her head and were replaced by images of him fucking the shit out of her.

Lacey nodded absently. She was going to hell anyway. What did it matter if she allowed herself this one pleasure? “Get on the bed quickly.”

Seung did as he was told. He sat down, keeping his gaze on her as she moved between his legs. “What are you about to do, Lacey? Oh God!”

Lacey was better at showing than explaining. She wrapped her lips around the head of his cock and went down on him. Seung wanted to play with the big girls, so she was going to show him no mercy.

Seung fell backward as she sucked his cock and played with his balls. She added just enough pressure on his sacs to get an incoherent moan out of him.

Lacey slid her tongue around his dick, teasing the slit. He happily rewarded her with some pre-cum. Seung tasted so sweet he had her smacking her lips. She raised his legs and reamed his asshole with her tongue and then eased a finger inside.

Lacey raised her head just in time to wrap her lips back around his dick so he could give her more of the pre-cum in her mouth. Lacey swallowed and her stomach quivered with delight. She rose to her feet.

Seung was still on his back and his dick stood at attention, thick and circumcised for her pleasure.

Lacey crawled on the bed and looked down into that adorable face. “I hope you know how to use this thing,” she said stroking him with her palm.

Seung pulled her down on top of him. “Give me a couple of seconds and I’ll rock your world.”

Lacey chuckled. “Would you like me to spank you?”

“I’m down for a little kink if you are,” he answered brazenly.

A couple of whacks from the strap she kept hidden in the bottom drawer of her nightstand had him moaning from pleasure. Lacey ran her fingers up and down the red whelps. “I love a man with a nice ass.” She leaned over and kissed him gently on one of his cheeks. Seung rolled over on his back and Lacey wrapped her fingers around his dick. “I like a man who can do deep.”

Seung rolled her over on her back, crawled between her legs and spread her wide. He moved his hips and sent the head into her pussy.

“Oh, oh, oh!” Lacey clawed at the sheets as his dick moved into her, filling her and rubbing both her clitoris and everything inside her vaginal walls.

“More,” Lacey begged He had her on fire with desire.

Seung grabbed her by the hips and pulled her down on him as he pushed forward.

Lacey moaned loudly. Okay, so he does know how to use it. 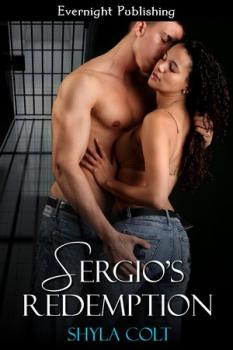 Numb as a Statue (MM)
Tymber Dalton
In Shelf
$4.50
Tweets by
sirenbookstrand