After surviving a hellish childhood as an orphan, Buccaneers pitcher Carlos Castillo keeps to himself, fearful of losing everything. That is, until he’s stranded during a snowstorm and rescued by antique shop owner Hope Hartmann.

With a passion for treasures and stories, Hope dreams of the fairy tale love and won’t settle for anything less. Then one extraordinary snowy day, a handsome ballplayer knocks on her door. Taking him in, she discovers a connection she’d never before experienced.
Carlos can’t ignore his feelings for Hope or the light she sheds on his painful past.    He shows Hope heaven during hell, a time filled with threats and destruction.
It was a love Carlos never knew existed, and one Hope always wished for. Will a dangerously mysterious treasure ruin their chance at love?
A Siren Erotic Romance

More From The Field Series

He walked in, stomping the snow off his sneakers onto her doormat. “Sorry to be a bother, ma’am. Me llamo Carlos Castillo,” he said with an accent. She immediately knew English was not his first language. “May I borrow your phone? My car broke down and my cell phone battery is almost dead.”

“Sure. Hope Hartmann. Nice to meet you, Carlos.” She held out her hand. He removed his gloves and shook it, her breath hitching at his touch. She had shaken tons of hands over the years, and it never felt like this. It was as if he was caressing her, his hand both rugged and smooth.

Snap out of it, Hope.

“Right this way.” She gestured for him to walk toward the counter. She didn’t want him behind her, just in case. Oh, who the hell was she kidding? She had the sudden urge to check out his backside. As he walked by her, she inhaled his masculine scent and admired his tight tush clad in denim.

They reached the desk and she handed him the phone.

He grabbed a card from his wallet and dialed. He spoke to someone in Spanish, making her wish she could remember more from her high school classes, but either way, she was thoroughly enjoying hearing him talk. After a few minutes, he hung up.

“Thank you. A tow truck will be here within two hours. Is there a food place open?”

“Lucky for you, there is one bar open until midnight in this small town,” she explained. It wasn’t a big place, but Hal’s would do.

“Gracias. Um, would you like to come with me? I would like to buy you some comida for your troubles,” he offered with a genuine smile.

Food from Hal’s actually entailed greasy burgers and fries, but beat a granola bar any day.

“Sure. Thank you. Give me a few minutes to finish up here and we can walk over. Why don’t you charge your cell phone while you are waiting? I have a few different chargers for my customers to use while they shop. It often keeps them in the store longer.”

Carlos plugged his phone in a charger then watched the woman move around the charming shop full of various items. Hope Hartmann was a vision and there was something intriguing about her. She was beautiful and possessed the girl-next-door vibe, as his teammates explained to him one day since he had never heard that term before.

His heart rate had picked up a bit from the first moment their eyes met. No matter how much his English tutor had helped him, when he got nervous, he mixed Spanish and English together. It drove some of his teammates crazy.

“Is this your shop?” he questioned.

“I am the H in F&H Treasures. My twin sister, Faith, and I own this place. What brings you through this town other than car troubles?”

“I’m on vacation, although it hasn’t been a good start so far. I’m heading to a lakeside cabin a few towns over.”

“By yourself?” She quirked an eyebrow then continued putting away some more items.

While he was used to the idea of being by himself, being in the presence of a beauty like Hope, reminded him of the many downfalls. “Trying something new for the holidays this year.”

“What made you select somewhere cold? I’m guessing by your attire that you aren’t used to the snow.”

“Dart game with some friends.” He chuckled, remembering the late night after Graham and Jordan’s wedding. It was Cece’s idea, the free-spirited one. She had grabbed a map from a box in Tyson’s SUV and taped it to the wall at the bar. Carlos didn’t think most people owned maps anymore, but Cece explained she wanted it for some art project.

“I’m from the Dominican Republic. This is my first snowy winter. I usually spend my off-season in Florida.” He purchased a small condo not too far from the beach when he first signed with the Buccaneers. It made sense since he was down there for spring training, and he preferred the warmer weather.

He nodded. He was proud of his achievements, but still felt awkward talking about his career. It was a dream job for many that only a few got to experience.

He wasn’t sure about her simple response. When most people discovered what he did, they would start asking a bunch of questions and ask for his autograph, and he found it overwhelming.

Hope grabbed her coat and bag, turned off the lights, and locked up the store. He stayed beside her as they walked toward the bar when Hope began to laugh uncontrollably. It confused him, but the wild sound warmed his heart.

She quickly covered her mouth. “I’m so sorry. I’m not laughing at you. This whole day has been odd. First, there was this peculiar snow globe. Then you, this gorgeous professional baseball player, comes knocking on my door. Literally.” She giggled again. “I had pepper spray in my hand ready to use it in case you were a burglar or a rapist.”

Gorgeous, huh? He grinned at her compliment. “Better to be safe than sorry. Now that I think about it, I am very grateful you even opened the door.

“I’m really hoping you are going to join me in here rather than stand there,” he urged, snapping her away from ogling.

She took a few steps in and leaned against the sink. “Maybe I’m enjoying the view,” she countered.

“It’s much better from in here.”

She had no doubt. Smiling, she undressed, his eyes watching her the whole time. The way he looked at her made her hot, and she could feel the passion exuding from his cinnamon brown eyes, like he was mentally devouring her.

“Hold on to the walls,” he requested. He lifted her left leg, causing her to squeal and try to keep her balance, and then he placed it over his shoulder. “I won’t let you fall, Esperanza.”

The statement sounded like a promise but took on so many different meanings in her mind. She didn’t want to lose her balance in the shower, but the man caressing her made her weak in the knees. She didn’t want to fall flat on her face when it came to life or her business, and he had been right beside her the past two days.

She couldn’t help falling for him.

She nodded at his words, deciding either way falling wasn’t so bad with Carlos around.

Watching his deliberate movements, he smoothed his hands up her legs, one remaining on her butt holding her in place while fingers from the other sank into her pussy. With a sharp intake of breath, she caught his attention, and it earned her one of his sexy smiles displaying nothing but sensuality and desire. Their gaze remained on each other while he moved his fingers in and out of her. Despite the rush of water flowing over her, she could feel the heat and wetness seeping from her. The way he moved and the look in his eyes slowly tantalized her, turning her on even more. For in that moment, their pleasure was their only care in the world.

Carlos dipped his head with his tongue darting out to taste her. She gripped his head, enjoying the silkiness of his wet, dark hair. He dug his fingers into her ass, deeply massaging the curves as he continued licking her. Feeling his fingers roaming closer to her anus, she moaned and rocked her hips wanting more, and he began probing the tight hole.

“Oh God, Carlos. That feels so good,” she enticed him.

“Fuuuck!” She groaned at the full feeling as euphoric tremors seized her.

Carlos was relentless with the pleasure he gave, drawing out her orgasm to the point where she was sure she would collapse right onto the tiled floor. He must have sensed it because he quickly changed his hold to prevent her from falling. Then he stood and immediately pulled her into his arms, her head settling onto his chest while she tried to slow her breathing.

The passion this man had was mind-blowing, and she wanted him to feel the same way.

Pressing soft, open-mouth kisses over his pecs, stopping to lick each of his nipples, she moved her tongue down over his abs, feeling the dips of each defined muscle. She watched him closely as she moved to her knees. His expression was a mixture of longing and gratitude.

She licked the entire length of his cock, drinking up the pellets of water. She dragged her fingernails up his legs, feeling the coarse hair covering his strong limbs. Reaching his hips, she moved one hand to his fine ass and cupped his balls with the other, all while sucking him deep into her mouth.

“You’re boca, Esperanza.” He growled. “That feels so fucking good.”

She loved hearing the Spanish roll off his tongue, knowing he was extremely turned on right now. Swirling her tongue around his tip, tasting the saltiness of his pre-cum, she took him into her mouth again, her tongue dancing around his dick, feeling the smoothness mixed with the engorged veins. As she felt his balls tighten up, she began to gently knead them.

Carlos gripped her head and began moving his hips, fucking her mouth. She took everything he gave her while she kept exploring and licking his cock.

She knew he was about to come and wanted to taste him. Moaning her approval, the sound vibrating her lips around his length, he rocked into her faster then stilled, a low growl arising from his chest as he ejaculated into her mouth.

He went to pull out, but she stopped him, wanting just a few more soft sucks of his now sensitive cock.

She loved the fact that she could make this tall, strong, sexy man—a man who she could only imagine had his choice of women—quiver with her touch. 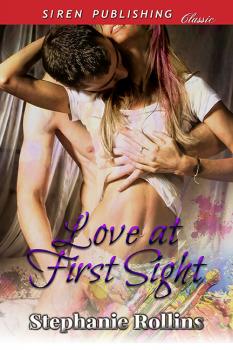 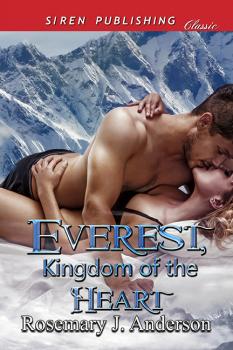 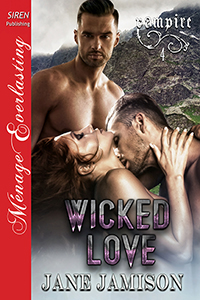