Last Call is a glimpse into the secret world of Middle East intrigue by an author who has “been there/done that.”

Intelligence agent “Jack” reaches the heights of pleasure, including sexually, when he is dominated by the senses of danger and fear. This is why he is what he is—not only a spy working in the Middle East, being used as candy to suborn foreign men of intelligence interest, but also a seeker of experienced, mature, forceful men who will dominate him and push him to the edge of sensuality.

On the last night of his assignment to Cyprus, Jack has come to the picturesque Turkish Cypriot harbor castle town of Kyrenia to give himself to Tahir, an in-place asset he has been running. This last act is in fulfillment of what Tahir has been slipping him secrets from the Turkish Cypriot prime minister’s office to attain. But at the café Jack is introduced to Tahir’s even more compelling and arousing uncle, Fazil, an international arms smuggler of great interest to Jack’s government.

In a whirlwind sail around the Mediterranean, Jack and Fazil engage in a cat and mouse game that not only fulfills the sexual fantasies of both, but also brings Jack repeatedly to the fine edge separating supreme pleasure from pain . . . and death . . . and challenges Fazil to choose between safety and his primeval urges.

This is an expanded relaunch of the eXcessica novella by the same title. 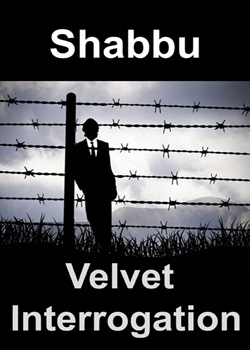 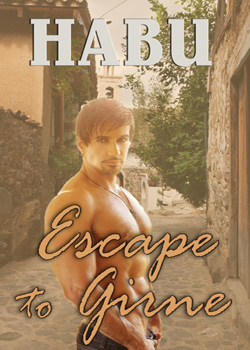 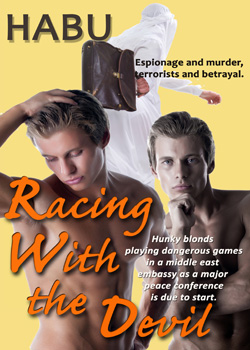 The magic of the night started at 10:00 in Kyrenia, the dinner hour of the Mediterranean culture, and I had arrived at the restaurant at the height of the evening.

Tahir had been waiting for me, the look of longing on his face, hopeful in the opportunity to bed me at last—the possibility that I had held over his head for months while he was feeding his government’s secrets to me.

Tahir was very nice to look at—slim but well muscled, hirsute in a way that I liked. Black curly hair, swirling around his nipples as well as haloing his head and trailing down to his pubes. I had always enjoyed meeting with him at the seaside, where he was shirtless and I could enjoy his hairy chest—the hair not thick, possibly groomed. He certainly was vain about his looks that way. Even on a night like this, with his shirt open almost down to his navel, and a gold medallion on a chain around his neck, he looked sexy. He had a handsome, swarthy face, with a very nice smile, and a perpetual five-o’clock shadow that I found arousing. But even with all that, he paled against the other man at the table.

Everything should have been just fine. But I liked my men appreciably older than me, experienced, controlling, and slightly cruel. A touch of danger went with why I was in this business at all. Tahir was younger than I was, and he gave me the impression that I would have to be the aggressor. As badly as he obviously wanted me, I felt like he would want me to dominate—but not much. Tahir wanted romance. And that wasn’t what aroused me. Still, it was probably what made Tahir so easy to run as an in-place asset. And he had earned his reward.

I knew I had to try to please him—not only so he could be passed on, but also because he had done well by me. I owed him. If I left him unsatisfied, I wasn’t being fair to the agent who replaced me. Tahir would know we were leading him on, soaking him for as much useful information as we could before cutting him off—or if he had been valuable enough to us, before we extracted him and gave him a new life somewhere far less exotic and friendly than Turkish Cyprus.

When I walked up to the table, I smiled suggestively at Tahir, opening up the signaling that tonight was the night. And all of that time I was telling myself that somehow I had to become aroused enough to satisfy him.

But then my smile froze and I became genuinely aroused as a figure passed between Tahir and me. It was the restaurant host, asking me if I wanted a table, hearing Tahir call out that I was with him, and then giving me a broad, knowing smile.

A smile that melted me, that gave me a flash of a vision of him topping me—aggressively, roughly.

He was Tahir twenty years from now, given years of experience and hard taking. Dark, much more substantial than Tahir. The same handsome face and melting smile. But older, more in control. The same dark hair, but streaked with gray and longer than Tahir’s, banded into a ponytail. Not fat but solid, heavily muscled. Substantial. This stood out in stark contrast with Tahir’s youth, puppy-dog diffidence, and hesitancy. He was the older, more world-wise, form of Tahir, giving me a knowing look as he escorted me to the table. He was guiding me with a beefy palm to the small of my back. And with that he was branding me as his—if he wanted me. Somehow he knew the decision was his; that I would have no choice.

“This is my Uncle Fazil, Jack,” Tahir said—almost unnecessarily, as we reached the table.

The Baker Gets His Man (MM)
Rebecca Brochu
In Shelf
$2.99 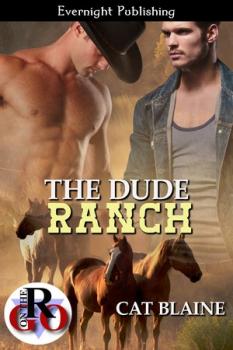