Martin sighed, pulling his shirt over his head and using it in a rather unhygienic way to wipe the blood and scratches on his shoulders and chest. The large, now cooling damp patch on his jeans he ignored. He was grateful the dog had pounced after he’d put the cold milk in, so it wasn’t boiling hot.

Martin looked down at himself. He really needed to get a life and preferably one that contained a man and not an irritating cat. He wished the nursing home that currently housed his mother would change its policies, but he doubted they’d be that accommodating to his needs.

Martin jumped for a second time in the same minute as a loud knock echoed on his back door, though this shook had a far less devastating effect. Without thinking, he turned and opened the door and his heart stopped.

“Er, hello. I’m really sorry about Bingo jumping into your yard,” Mr. Drop-dead Gorgeous from next door said. The man had been stunning from a distance but up close and half-dressed Martin was sure drool was running from his lips.

“B–Bingo?” Martin stammered, feeling an even bigger fool than he already was due to his new inability to speak properly or in comprehensive sentences.

“Bingo, my Springer Spaniel, he can be a bit lively at times. I’m Simon by the way,” he said, holding out his hand.

“Oh, okay yes,” Martin said, taking the hand. Warm tendrils of excitement ran up his arm at the firm, friendly handshake Simon gave him. Martin kept looking at him but couldn’t think what to say. This was Gladys’s grandson.

“We’re going to be neighbours. Would it be okay to know your name?” Simon asked tentatively. The look of enquiry and a little concern was enough to finally knock some sense into Martin’s befuddled brain.

“Oh right. Sorry, distracted. Beryl sort of let loose when Bingo made an entrance,” Martin said, still thinking he didn’t sound exactly sane. “I’m Martin, Martin Popplewell.” He looked down at himself and cringed. Martin’s chest was bare and showed off the smattering of grey hair that spread through the natural dark brown to perfection—not. He also had streaks of silver at his temples, which he had thought made him look more distinguished. But to this glorious specimen before him, he bet he just looked old. Added to this were blood and scratches.

“Did you hurt yourself?” Simon asked as he walked closer to Martin.

“Er, no, no, I’m fine. Beryl, she doesn’t like, well, anybody…or dogs.” Christ, he was now rambling. Fortunately he was halted as he gasped, his senses getting a large dose of Simon’s delicious scent, a faint hint of cologne, soap, and clean, masculine sweat. The musky scent was more than Martin’s body could cope with. It had been so long since he had held a man in his arms. He could just feel all the blood rush to his groin.

“Here,” Simon said walking up to him.

Simon picked up some kitchen roll and pressed it carefully on the scratches. The warmth of his hands pressing carefully on his body felt wonderful, but reality jumped in with a vengeance.

“You shouldn’t do that. It’s blood,” Martin burst out, watching Simon jump back in shock.

“No, don’t worry, I’m clean. You just should be careful.” Martin finished looking down at the tissues he had taken from Simon. Martin slowly looked back to Simon and was met, not by shock, but a brilliant smile.

“I’m clean too,” he said calmly as he grabbed another tissue and finished the job.

“Thank you,” mumbled Martin, taking a deep breath and raising his shoulders. After such a stellar performance with his new neighbour he’d be lucky if the guy bothered to speak to him again.

“Look, we’re having a housewarming, a ‘welcome to the neighbourhood’ barbecue. Why don’t you come and join us? You’ll know the people there better than I will.” Simon’s smile continued to light up his face, and Martin, for all his reasons not to, could not resist.

“Thank you. Do you want me to bring anything?” Martin questioned, still not believing he was actually going to make an appearance at the event.

“No, just come as you are,” Simon said, looking Martin up and down with a sly grin. Martin’s sensibilities came over him at this point.

“No, Simon, I’m just going to have a quick shower and wear something more suitable, if you don’t mind.” Martin finally smiled with feeling. He was at least talking in comprehensive sentences now.

“Hey, whatever. Mind, you look perfect just like that,” Simon said with a wink as he headed down the steps. The young man was soon gone, and Martin stood there alone with what he felt must be a gobsmacked expression on his face.

Martin had never admitted that to anyone, but he loved the taste of a man. With his hook-ups he hadn’t gone there so he rarely had a chance to explore his deepest fantasies. But now with Simon…

Martin laved his way down Simon’s shaft. It wasn’t as broad as his own but seemed a little longer. The skin was smooth lying over prominent veins that pulsed under his tongue. Simon’s moans as he continued his journey around the man’s genitalia sent the blood rushing straight to his own hard cock. He wanted to take his time but knew if he continued he would lose his control and come from just having this enticing man in his mouth. Still, he had one place he had to go. Simon’s musky scent, which had to be a combination of sandalwood soap and the man’s own heady aroma, hit his senses as he pushed apart Simon’s cheeks and inhaled. His tongue slid over the tender pink rosette, causing Simon to groan and flex. Martin continued licking and nibbling the puckered flesh, feeling the muscle relax around his tongue. Martin pulled away and Simon whimpered before he stiffened his tongue and plunged into Simon’s most intimate of places.

Simon whimpered again as he spread his legs, giving Martin more room. Simon brought his hand down to his own cock but Martin wasn’t having that and he batted Simon’s hand away, gripping the base of Simon’s cock, and began to stroke in time to the thrusts of his tongue.

“Agh, Martin, I’m going to come,” Simon’s voice rasped out. His movable hand gripped the sheet as Martin rose above him. “Please, I need to feel you inside me.”

Martin was impressed at his lover’s diction but decided he had to do better to make his Simon incoherent. Opening the new tube of lube he’d bought earlier that week in his resolve to claim Simon, he spread the slick gel over his fingers. Quickly placing them at Simon’s entrance, he slipped two digits into the warm channel, as his oral play had relaxed Simon’s outer ring.

Martin grinned. At least he had Simon down to one word sentences now. Simon’s cock was leaking copious amounts of liquid, making his shaft glisten. Martin couldn’t resist and took Simon’s cock down his throat, slowly pulling off, tasting his bittersweet juices.

Martin curled his fingers inside Simon and hit pay dirt as Simon rose off the bed with a scream and his cock began to explode. Martin sucked the head, letting Simon’s release hit the back of his throat, pleased he’d brought his lover’s release.

Martin grinned down at his lover in post-orgasmic bliss. “Now for round two.” He grinned.

Simon didn’t say a word, just held his legs up as best he could with his injuries and smiled right back at Martin. Martin looked closely and knew Simon was fine. Slipping the condom on, he used the last of the slick to cover his sheathed cock and moved to Simon’s entrance. Simon’s smile grew sultry and Martin pushed home, sinking balls deep in one smooth, even glide.

Martin paused as the heat surrounded his sensitive shaft, desperately trying to gain control. He soon realised control with Simon was not going to happen as the man began to rack his hips. Martin took it as a signal and began pumping his cock in a steadily increasing rhythm. Sweat dripped from his torso as the intensity increased and Simon’s semi-flaccid cock perked back up. Simon lifted his good hand and tweaked Martin’s nipples. The tiny shot of pain that raced through his body was electric and Martin knew he was close. Gripping Simon’s hips, his thrusts became both stronger and more erratic as he felt his balls tighten. 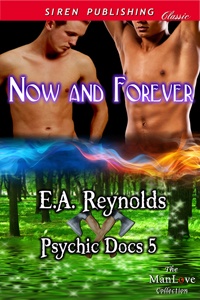