More From The First Time Series

“What did you say?” It was Jessica, shouting into her ear.

Kelly shook her head and smiled. “Can we find a quiet corner?”

Carmen laughed. “This is as quiet as it gets. There’s a table, I’ll get us a bottle.”

She dived off between a mob of milling young men in suits who were apparently celebrating a success of some kind judging by the backslaps and raised beer bottles they clinked together every few seconds. They parted with good humor, and one or two of them clapped Carmen on the shoulder, gently guiding her through to the bar. She responded with smiles and comments that Kelly was entirely unable to hear.

“There’s a table,” Jessica said, and grabbed Kelly’s arm. “Quick before someone claims it.”

The table was covered with empty glasses, screwed up chip packets, and two empty bottles of red wine.

“They had a good time,” Kelly said, as she pulled a wooden chair close and sat.

“Which is exactly what we’re going to do,” Jessica said.

Kelly moved some of the debris from the tabletop to the window ledge. There were one or two staff members maneuvering between the drinkers, collecting glasses in plastic trays.

“They’ll take those when they get round to it,” Jessica said. “Leave it.”

Kelly, Jessica, and Carmen had been friends forever, or at least since they had all been in high school together, and that felt like a long time ago, even though it had been less than ten years.

The Manhattan bar was all chrome and glass with a black glossy floor and was very noisy. When did going out socializing get so loud? Kelly wasn’t a recluse by any stretch of the imagination, but the conversations among the couple of hundred people in the place, overlaid with the blaring rock music, made listening to what people were saying harder than surely it had been when she first arrived in the city.

The lights seemed dimmed when they first came in, but Kelly was obviously getting used to the gloom, she could see everything clearly. It was a mixed crowd, men and women, although most of them would have fit into the demographic that she would herself—office workers, aged twenties to early thirties. There were one or two older people, both sexes, but they looked as if they were simply marking time before they could make their excuses and leave. The boss, no doubt, showing they were one of the team but not prepared to fraternize too much.

“She’s getting served,” Jessica said, and pointed. Kelly saw Carmen leaning across the polished black bar, her head almost touching that of the curly-haired barman who was nodding seriously and repeatedly.

“She’ll get a few rounds in if I know her,” Kelly said.

Kelly wasn’t sure if she was in a mood to be quite as reckless as that implied. Then again, when did she loosen her guard and kick anything, ever? She didn’t feel she was too serious, didn’t think she was repressed at all, although she knew her two oldest and best friends had an opinion of her that she might not find very flattering if she plucked up the courage to ask them.

“Here she comes. Good girl, she’s got some help.”

Kelly looked at Carmen, who was navigating a winding path through the densely packed drinkers. Right behind her was the curly-haired barman, and it was he who was carrying the metal tray loaded with bottles and glasses.

Kelly smiled. That was so typical of Carmen, not only to manage to get someone to do the work for her, but also for it to be a handsome young man who looked as if he were grateful to have been allowed to do her bidding.

Carmen was dark-skinned, her olive eyes dancing with dare and joy most of the time. Her black hair was cut short but hung tentatively over one eye so that she had developed a habit of brushing it casually away with one hand. It was a move that Kelly had watched her perform several times and seen men fall over themselves as if it were a personal beckoning motion to them alone. It obviously worked with the barman as well.

“Guys, this is Luke,” she said as she sat on the third chair around the glass-topped table. “Luke, be a love and put the tray here, would you?”

Luke didn’t bow or scrape, but he might just as well have. He put down the tray with as much care as if it had been a newborn baby. Then he took the two wine bottles and wine glasses, the shot glasses, and the bowls of nuts and chips and set them out.

He saw the debris on the window ledge. “Let me take all this for you.”

“Thanks, Luke,” Carmen said, and she all but purred.

Carmen pulled a “who—me?” face and laughed. “He was happy to do his job.”

“His job is to serve behind the bar,” Kelly said. “They don’t do table service in here.”

“They do now,” Carmen said, and smiled as she wrestled the screw top from the first bottle of Malbec. When the bottle was free, she said, “Ladies, fill your glasses, for tonight we party.”

Kelly felt her heart sink a little lower. As if the crowds and the noise weren’t enough, she now had Carmen in one of her lively moods. Kelly knew she was nowhere near as outgoing or adventurous as either of her friends.

Jessica raised her glass in a toast. “To the high school cool kids, taking Manhattan by storm.”

Kelly was in heaven. There was nowhere she would rather be than right here, right now, slave to this man’s devotions. She was a willing victim of his hands and their skilful manipulations of her body. His fingers were drawing ever-increasing sensations from her pussy that sent jolts of electricity straight into her brain.

Her clit was on fire. His thumb was pressing it so hard that she thought he was trying to push it back inside her, but she was so excited it was becoming enlarged.

And then she felt his tongue licking at her and her mind was lost. She had no coherent thoughts left. She was completely abandoned to the ministrations he was performing. She was his. Her body wide and open, and ready to accept the pleasures he was applying to her.

She felt the tongue intrude inside her, prodding into her vagina, darting in and out as if he was fucking her with his tongue. And his mouth closed over her folds, drawing them out, sucking them into his mouth, before breathing them out again.

His hands weren’t idle either. He alternated between grasping her breasts, kneading the soft flesh, and running deft fingers over her stomach, the tops of her thighs. Everywhere he touched came alive from the feel of his touch.

She thought she had probably enjoyed three orgasms already, culminating in the major explosive one that she knew he had noticed. Her breathing was rapid, her chest heaving with the effort of trying to balance the normal function of breathing to stay alive and the passions that were being discovered deep within her.

It was time she returned the favors and gave him some pleasure of his own.

Kelly shifted her position on the couch, and felt his mouth leave her pussy. She had an immediate sense of loss, but she was intent on her next move.

As his hands fell away from her body, she brought up her own and gently guided his head upward. She looked into his eyes.

“That is wonderful,” she said, deliberately using the present tense—she wanted the ravishing of her body to continue.

She indicated with her head and her hands that he should stand. After a moment of hesitation, he nodded and struggled to his feet. He had been kneeling so long in the one position that his legs had relaxed.

When he was stood in front of her, Kelly got to work. She pulled down his zipper and snaked her hand inside. She found his cock immediately. He was hard, and she smiled as she realized that it was because of her.

She ran her fingers along the length, gripping occasionally, and each time she did that, a low moan escaped his lips. When she cupped the tip in her palm, she felt his body twitch and knew she was pleasing him.

The front of his pants were easy to unbutton, and she parted the waistband, dragging the clothing down his legs until they coated his bare feet. He did a little shuffle and kicked them away.

His boxers were tented at the front from his erection, and she studied it for a moment, impressed at the size of it. She had seen pictures, even watched movies, but she had never seen a cock in real life. She had no way of knowing if his would be large, or normal. It looked frighteningly huge right now.

She wanted to tease him, and so instead of touching him straight away, she started unbuttoning his shirt, from the bottom button upward. She was halfway up when her fingers met his. He had been loosening the buttons from the top downward. He held her hand briefly and said, “Please.”

She ran her fingernails down his chest, lightly, until they came to the waistband of his underwear. She gripped it firmly and yanked the material down until she had reached his feet. He did his little dance move again, and they were gone.

She stared at what was in front of her face. His cock was very large it seemed to her. It was throbbing, veins stood out on the side, and the head of it was a dark color, with moisture glistening at the small opening. It was standing erect, hard, and looked as if it might even be painful. It needed some tender loving care.

She brought up a hand and touched it with her fingers. It jerked as if it was trying to escape, but she guessed it wanted exactly the opposite. She circled her fingers around it, the tips not even touching, so wide it was. When she began moving her palm up and down, back and forth, she heard the gasps from him, the small unspoken yesses of satisfaction.

With her other hand, she started to rub the very tip of his cock, the head, smearing the moisture over it, lubricating it until it was coated. Maintaining a steady rhythm on his cock, she took her hand away from the head and ran it down, until she was cupping his balls. They were swaying with the motion she had instigated, and they were massive. She guessed they would be sensitive if she was too rough with them, and so she handled them with care, feeling each individual teste squirm in her fingers.

Suddenly she took her hands away from him. If he was disappointed, she wouldn’t give him time to think about it. She admired the cock for a moment, consigning the image of its perfection to her memory. And then she plunged it into her mouth. 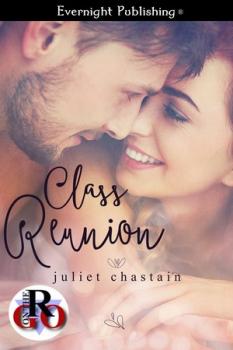